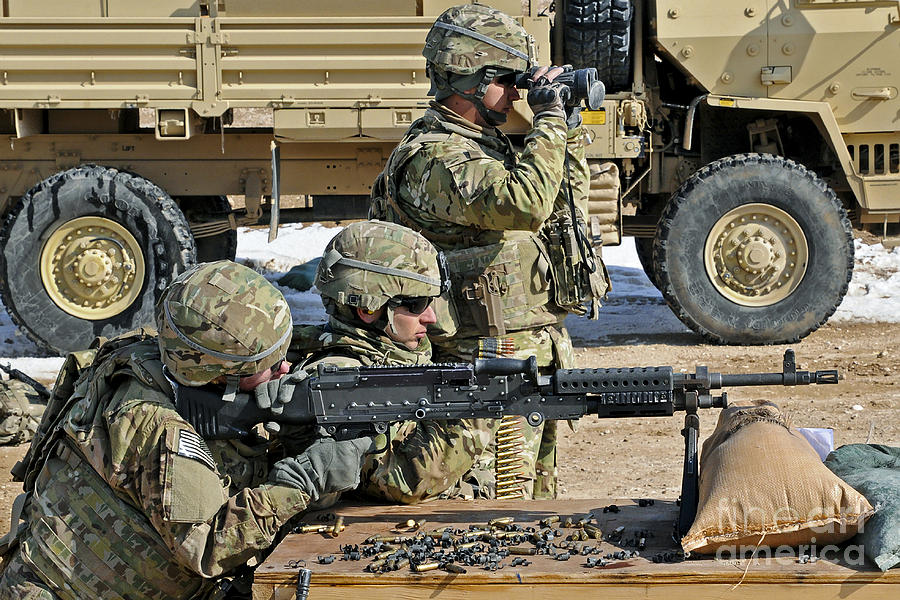 Publisher’s Note: I am currently OCONUS and return mid-month August and my writing pace for the blog has bogged down again.

A brief mention of the pearl clutching by the usual defense intellectuals pimping for more money to combat the IRBM/ICBM threat of Hil-Jong-un’s poor relation in North Korea (nK). Not a threat and never will be. The delivery of a successful missile launch over distances exceeding SCUD range (150km-) is problematic and nearly impossible for third world nations and retarded shit-pits like nK. The problem sets are numerous and demand a very sophisticated manufacturing and logistical tail to accomplish. This is one reason why Saddam Hussein’s much vaunted WMD program only existed in the fever visions of defense apparatchiks in the Pentagram during Bushevik II’s reign of terror in the Offal Office.

“Much of the key intelligence that was used to justify the war was based on fabrication, wishful thinking and lies – and as subsequent investigations showed, it was dramatically wrong. Saddam Hussein had no weapons of mass destruction (WMD).

But crucially, there was intelligence that proved to be right. And, as a forensic, six-month investigation we conducted for BBC Panorama has revealed, it came from two highly-placed human sources at the very top of Saddam’s regime.

Both said that Iraq had no active WMD. Both were ignored or dismissed”.

Sputnik and The Soviet Space Challenge, by Asif A. Siddiqi is an excellent read on why building big single and multi-stage launch vehicles is quite technically difficult.. Further things to look at would be the failed British ICBM project and the stalled Brazilian launcher efforts. And we haven’t even discussed the technology involved in optimizing Circular Error of Probability (CEP) at the terminus to maximize the effects of the warhead employed.

The Russians can build ICBMs and it will be interesting to track the deployment of the RS-28 Sarmat.

The mewling and caterwauling you hear from the usual suspects in DC over this are doing nothing more than scaremongering to vacuum more money out of your shrinking wallet.

In other observations, Hannibal Lector or Jeffrey Dahmer International Airport makes as much sense as naming conventions after USSA Presidents or politicians.

“Yup. Violent homicide aside, our elected officials often show many of the exact same character traits as criminal nut-jobs, who run from police but not for office”.-BB I am a former combat arms officer assigned to a variety of airborne, air assault and Special Forces formations as some of the readers of this blog have been. I retired from the Legions in 2003 and have done two contractor tours in Afghanistan since then.

There is a stream of consciousness modality currently coursing through the prepper and III% community that if you aren’t infantry, you can’t take the fight to the enemy no matter how competent you may be as men of the gun or whatever background you hail from.

Infantry training. Sure, it gives insight into suck management and a habituated training environment to American SUT but successful insurgencies aren’t confined to graduates of Western military training courses in combat arms. History is littered with the last gasps and corpse-piles of competent soldiery rotting on the field in a foreign land bested by indigenous soldiers, professional and amateur alike.

Hats off to all the combat-training entrepreneurs like Max and Dodge and dozens of others offering quality training for former soldiers and novices alike. I think they do valuable work but there are several glaring training voids that they have neither the resources nor the capability to provision for training.

These challenges will be in front of any incipient partisan organization that takes on the current regime western countries. Hypothetically speaking, of course.

Most peer and near-peer nations in the Western world field combat forces (with an estimated tooth to tail (T3R) of 1:11 for support functions) spanning the combat spectrum from light fighter to mechanized infantry with associated combat arms support in armor, indirect fire and close air support (CAS).

Future trends include increasingly lower echelons of Organic ISR support (organic in this case simply means that the unit deploys with the equipment and capability habitually for combat loadout. The organic ISR loiter for the infantry fire-team, squad and platoon is a going to be a revolution in military affairs (RMA) on par with the stirrup if coupled with an indirect shoulder fired munitions that replace the AT4 and Carl Gustaf in current usage. The infantry in the West has had an engagement gap with shoulder launched missile systems in the 400-1500m range since 1942. I suppose the US Army is waiting to celebrate the centennial of the missile gap in 2042 before one is fielded.

All of these are tough gaps to fulfill in training regimens for civilians preparing for the next fight that assume will be their own government taking them on. This is particularly a concern among a coterie of forward thinkers in the “patriot” and liberty communities.

Here’s a big one:

Heavy weapons employment at the squad level of automatic weapons like the M249 (5.56mm) or M240B (7.62). The modern infantry fire-team and squads deployed in platoon formations conduct combat engagements organically “anchored” to an automatic weapon that provision suppressive fire to cover the movement, advance and retreat of engaged combatants in peer fights whether in rural or urban environments (level of complexity in urban fights is exponentially greater.

This does not mean that the infantry trigger pullers in the USMC and Army maneuver elegantly anymore b/c most don’t. The old FM 7-8 and the thicker FM 3-21.8 (Infantry Platoon and Squad) that replaced it (now superseded by ATP 3-21.8 dated 12 April 2016; h/t Flatlander). I keep a copy of both on my desk at work tabbed and indexed.

Most modern US and Western units can simply leave that at home and look at the 3×5 card that CALL FOR FIRE is scribbled on.

When used properly, the Squad Automatic Weapon (SAW) and General Purpose Machine Gun (GPMG) are tremendous force multipliers that civilians simply can’t train with but they can train against. The expense is tremendous to feed the automatic weapons and conduct the periodic maintenance and replacements that a large system can handle built for but civilians simply don’t have the resources.

Historically, the German Army in both WWI and WWII built and maneuvered their infantry formations around the MG. The MG34 and MG42 were the signature GPMG accomplishments during that war and the US Army later (and typically) tried to copy it and turned a fine GPMG into the M60. The rest is history and eventually the “pig” was replace by the M240B and downsized in concept to the M249.

The Western forces after the war took a departure from this and used the GPMG to anchor maneuver as a suppressive fire device to conduct meeting engagements either deliberate or hasty.

But if a fight emerges on US soil between antagonists in a partisan war that sees the US ground forces employed in CONUS, they will not leave their automatic weapons in the kaserne. They will employ them in the counterinsurgency fiasco that follows to root out the contestants in the field.

How does a partisan best that?

History shows legions of examples from the “melting” tactics in Afghanistan to the stand-off precision riflery of the Boers or Schutztruppe at the turn of the twentieth century. Irish tactics employed maneuver around the positions of British guns and MGs to flank and envelop.

The inference is that every course taught in America presently should do their best to wargame all possible scenarios the future partisan will face if engaged on the continent in another of the continuing struggles between combatants fighting perceived occupation.

The world news is resplendent with examples of light fighter amateurs besting armed government forces such as the paint balloons lobbed at Venezuelan police vehicles followed by a variety of Molotov aperitifs to conclude the festivities.

Entertain the questions and come up with your own answers. I’ve merely conducted a gap analysis that anyone interested is welcome to resolve.

H/T to Pericles of DCT for this addendum:

An infantry battalion can’t feed itself. The cooks are now located organizationally in the Brigade Support Battalion, and are part of the BSB’s Forward Support Company that hangs out at the Infantry Battalion’s trains area. Therefore, even an infantry battalion, and its rifle companies have a limited distance they can operate from the Brigade field trains and Brigade Support Battalion.

The invasion force for Iraq in 2003 was limited in size because of the supply of radio batteries. Industrial production had to be maxed out just to support a three division force in addition to the one division already in Afghanistan at the time.

In 2005, the military ran out of small arms ammunition. having to buy from the UK and Israel among others, while going full out on domestic production 24 by 7. Current industrial capacity could only supply 17 Brigade Combat Teams and the then OPTEMPO.

This has tremendous implications for the potential insurgency by FREEFOR in the US. Not since 1865 has the US government had to worry about potential attacks on its industrial base. A couple of examples that might be of interest to readers.

Suppose a reader is concerned about a drone or Apache firing a Hellfire missile up your butt. Whatever is going to do that has to be within 5 miles of you. Current production rate is 10 missiles a day, and max production is 25 per day, with some 2500 in inventory. Half of that production is foreign military sales. Until 2008, production averaged 1600 missiles per year, or three a day. What if there was an “accident” at the Lockheed Martin production facility in Orlando.

At the rate of operations in the surge of 2008 to 2010, running the Lake City Army Ammunition Plant ant the secondary production facility kept 17 Brigades and training requirements supplied. For the military to field all brigades and Marine Regiments simultaneously to fight an insurgency will severely stress small arms supplies. It takes almost 1 million rounds of small arms ammo to load out a BCT for combat. Max production, not allowing for training, would provide for 1500 combat actions per year, or 30 per brigade / regiment per year, or not even 3 actions per month, assuming the ammunition supply is not disrupted..

Quite simply, the US industrial base can’t support a large conflict of severe intensity.