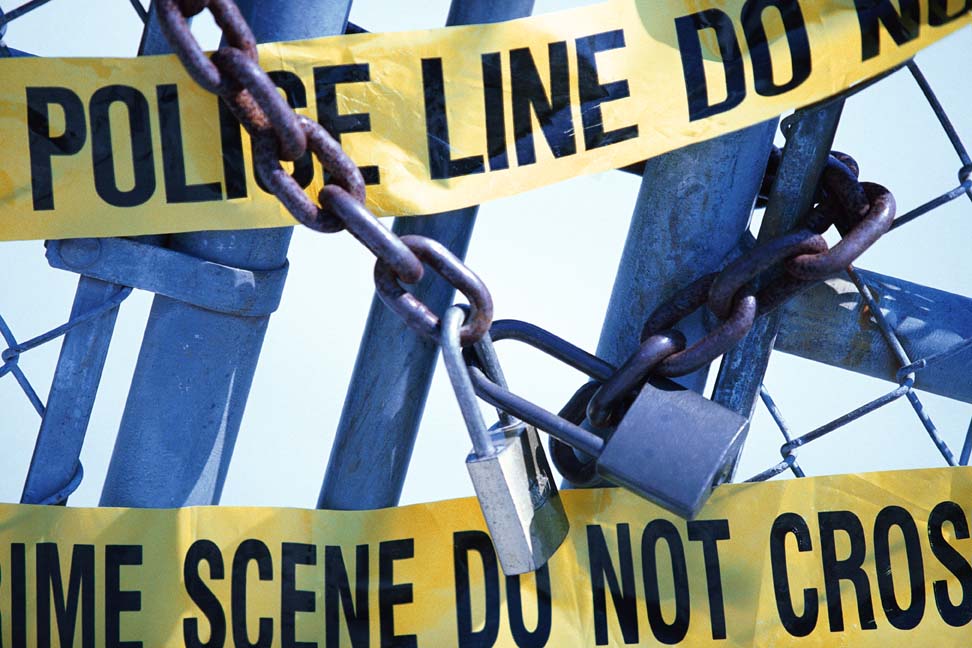 Publisher’s Note: I’ve been on vacation and many thanks to Skip for stepping up with his illuminating posts.

I continue to be amused at the media circus surrounding the sound, fury and misdirection of the apex predators and violence brokers grasping for the keys to the Offal Office once the first black female Rezident relinquishes the reins for a new set of psychopaths to fool most of the people all of the time.

Our Village Praxis efforts have been experimenting in the basement and the question of knife attacks in the USSA will start to loom larger as certain violence prone religionists step forward to advance their theology in the most direct fashion possible.

America’s closest Arabic ally in the Middle East, the House of Saud, has been ground zero for Wahabbist Salafist jihad fetishism since its creation and is inspired by the 18th century Muslim evangelical, Muhammad ibn ʿAbd al-Wahhab, and one can lay the blame for the devilish coalition to any number of prominent American political dynasties like the Busheviks or the Clintons and a host of neoconservative apparatchiks who serve both of the clown posses in the Republicans and Democrats.

Knife attacks and bladed weapons assaults should start to ramp up with the same frequency the recent refugee influx has caused in Europe, some claim seven of those ten refugees arriving at the gates of Vienna will eventually make their way to government sponsored enclaves in the US.

Of course, every serf should carry a gun but some of our brothers and sisters are in hostile territory on the west coast (Marxism in the Pacific Ocean) and the American Soviet regions in the NE. What to do? Sjamboks or litupas. Many a snake at the Buppert ranch met its end at the tip of one of these. A few hours of practice allows one to use these against knife attackers and be quite effective, I would also suggest the expandable batons as an option. Be aware that once Helots start defending themselves against the gremlins, be prepared for a government response rushing to protect the malefactors much as we have seen recently in the attacks in Idaho, the very backyard of Rawles’ legendary redoubt where police worship still blinds otherwise sensible men to willful self-emasculation and prostration before authority.

“Mike Vanderboegh, husband, father of three, and founder of the III% movement passed peacefully in his beloved Alabama home today.”

Go with the Gods, Mike, and save a seat for us in the Great Hall in Valhalla. Destiny is serial killer, we all need to die well. –BB

“Let’s have some precision in language here: terrorism means deadly violence — for a political and/or economical purpose — carried out against people and other living things, and is usually conducted by governments against their own citizens (as at Kent State, or in Vietnam, or in Poland, or in most of Latin America right now)…

– Edward Abbey, Postcards from Ed: Dispatches and Salvos from an American Iconoclast

The state of Illinois is now adopting the quaint new “Comply or Die” meme that the American police state has adopted as its latest campaign to convert the reluctant serf to a more subservient position to fellate the state. One is never surprised anymore at the increasing brazenness of the US government and its slack-jawed adherents and apparatchiks in the state provinces to tighten its grip.The IL mind laundries continue the public service of enstupidation.

I find the best way to unearth the pretense behind such Orwellian nonsense is to dig for root causes. For instance, one has to wonder first and foremost why so many mainstream Americans even tolerate the very notion of sending their urchins to government schools to begin with. I’ve always been amused when the self-proclaimed conservatives complain about the quality and faux learning that takes place in the mind laundries.

Yet time after time at the local level, the morning drive-by talk shows on “conservative talk radio” ramble on about the state of the schools and urge more money or new reforms when even the most dim-witted among them knows you can’t repair government schools; you raze them to the ground and you fire every teacher and don’t let them near a child again since they have committed a mass form of intellectual child molestation that makes them no better than Soviet bureaucrats eager to please their masters and work as little as possible.

Teachers are some of the worst unionists in the land but from a red-flag waving, government-gargling and monolithically Communist perspective, no one comes close to what the police unions produce. Cleverly disguised in bilious Lee Greenwood patriotism, these police functions are Orwellian dream-machines of the highest order packed full of self-serving psychopaths afforded an exceptional (in every way) set of rules to abide by, a license to kill and immunity from most any prosecution for levels of sadism and mayhem that would put any mundane in a cage or on a slab.

And the cops have special privileges no mundane can come close to possessing. A few examples:

And it gets worse:

In broad strokes, police union contracts are no different from those negotiated by teachers or firefighters unions—they contain guarantees around wages, benefits, discipline and processes for members to air grievances with management.

But when it comes to oversight provisions, police enjoy “a level of insulation … that is greater than other city and state workers,” notes Alex Vitale, a sociology professor at Brooklyn College.

Special protections enjoyed by many police unions include delays in giving statements after a shooting, which may give officers time to confer and “get their story straight,” statutes of limitation on imposing discipline and rules restricting how and when civilians can investigate police. After hackers obtained more than 60 police union contracts from the FOP website earlier this year, a February analysis in The Guardian revealed that more than a third contained provisions allowing or requiring destruction of civilian complaint records. Police-accountability advocates say this kind of provision, which also appears in the Chicago FOP’s contract, makes it more difficult to track down police who commit serial abuses.

When is the last time you heard of a private security drone maiming and killing a fellow human being? Crickets. Every one of them is bonded and insured on their own recognizance and future income. They are personally liable for their own behavior in the same way the American legal system runs you through the ringer if you dare to defend yourself against a private thug (if you defend yourself against a uniformed thug, you won’t make it to the courtroom [but then again, that means all the rest are free, food for thought]). And therein the irony spins out of control in a Lewis Carroll fashion because the government badged brotherhood has zero obligation to come to your aid nor defend you from criminals.

Indeed, the thin black and blue line may even prosecute you for not coming to their aid.

Terrorism is politically motivated violence against innocents and non-combatants. The police are the primary means every government on Earth exists another day. Absent their intimidation and violence, no one would comply.

Felix Dzerzhinsky would be amused if not enlightened by the Rube Goldberg machinations of a police state that has maneuvered itself into such a wonderful happenstance of power. Create an “other” entity that not only does the exact opposite of its charter but its thuggery and vicious mayhem is underwritten by the state. There is a primal reason for this: absent the police, no politician on Earth can rob a single citizen of their liberty. It also provides a deep police/surveillance state to run the machinery of snitches, informants and collaborators who need to exist when the only victim is the state itself.

I have always been amused by the likes of the diminishing but overfed hordes of autoworkers and teachers and other union employees who did everything in their power to prevent capital from doing its best and always running to the government’s skirts for protection. These unions have done enough harm by contributing to the decades long mediocrity of automotive manufacturing in the US and the enstupidation of entire generations of young minds respectively. What would happen if they had been armed and given a hunting license by the government to quite literally get away with violent mischief?

Immoral means can never yield moral ends yet this is the daily modus operandi of the government. This is the precise calculus that informs one of the most inflated and over-rated notions in western history, the rule of law. The rule of law within government confines only applies to non-government employees (good and hard) since the praetorians and imperial bureaucrats are immune to this rule.

I’ve made the case earlier, cops are armed Leninists. Marxist-Leninism relies on a number of tenets but a central root of the entire state apparatus is the means to seize and potentially kill anyone who crosses the wishes of the government. In truth, the American police apparatus may be even more akin to Stalin’s vision: the state must become stronger before it can wither away. In Stalin’s view, counterrevolutionary elements will try to derail the transition to full Communism, and the state must be powerful enough to defeat them. All 19,000 police departments in the US from the local to the Federal level are ultimately obedient to central power and serve the national government and essentially the project that one size fits all and the “law of the land” must be pervasive and all-consuming.

Stepping back, government teachers and their unions have done irreparable damage to hearts and minds but the knee-cappers and bone-breakers remain the police authorities and their violence and sadism has reached new crescendos of absurdity and malevolence since the Drug War took off in 1972.

Not to say the police haven’t always been sadists and psychotics. The original policing charters in the US were, after all, slave patrols prior to 1865. After that, everyone would be subject to the machinations of the emerging police state after Lincoln set the conditions and put every human in America on the plantation.

So, I would suggest you strip off the rose-colored glasses and acknowledge that police unions may be the reddest and deadliest union constructs in the history of the republic. These aren’t bubbly and pink-cheeked overweight union members, they are simply the most organized force for socialism and communism existing in America today. They are a Ministry for State Security with collective bargaining rights.

In the USSR, it wasn’t political workers and factory hands that weaponized the ethnic cleansing, genocides, population transfers, collectivization efforts, gulags and repression in occupied and annexed states. It was the police.

It was the French police who rounded up Jews and turned them in to their occupiers.

The state, small or large, can’t exist absent the intentional terrorism police practice every day to “maintain order”; one can translate this into the special province of political-speak which means enforcing the vision of the political class.

I hold out zero hope or prospects that this will be solved peacefully. That would require a degree of self-revelation that politicians and their creatures, the police, are simply incapable of.

I’m a student of military history and irregular warfare and I see a burgeoning Fourth Generation fight in America that no one wants but everybody is bound and determined to start. The Nuremberg defense simply won’t wash once everyone is deemed accountable.

None of this will end well.

“Terrorism works better as a tactic for dictatorships, or for would-be dictators, than for revolutionaries.”

16 thoughts on “Punish and Suppress: Police Unions are the New Red Army by Bill Buppert”