Time to tend to your G3: guns, gold and groceries.

The perfect storm of the Offal Office taking the next step in genocidal psychosis and forcing the ingress nation-wide of literally thousands of ISIS militants and sleepers to polish the PC turd, things have no chance of not getting sporty. I also recommend the short novella by William Forstchen call Day of Wrath to get a fictional snapshot of what Sauron in Mordor on the Potomac has in store for the mundanes with their Frankenstein creation of weaponized Salafist Jihad.

Your echelons of engagement are measured from face-to-face distance to thousands of meters; you need to start making assessments of your skill sets matched to the tools you can afford to bring to the coming festivities. Your acuity with hundred-year-old Lee Enfield is far more valuable than having the latest fancy tactical kit. -BB 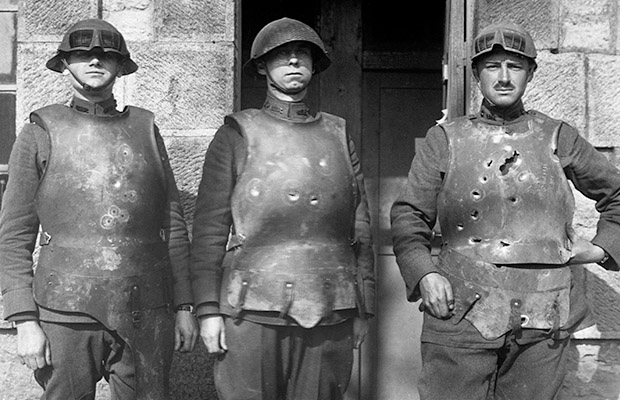 “This is not a contest between persons. The humblest citizen in all the land, when clad in the armor of a righteous cause, is stronger than all the hosts of error. I come to you in defense of a cause as holy as the cause of liberty – the cause of humanity.”

Body armor is an ancient component of Personal Protective Equipment (PPE) for the warrior that has been around for thousands of years. We’re fortunate in the modern era to find that we have a wide variety available to non-government Helots until the state decides the mundane should have no passive personal protection.

I’ve elected to discuss only overt armor that is not concealed. There are plenty of opportunities to explore the “Michael Collins wear” possibilities for available armor that is more discrete. The irony of armor is that it causes great fright to the masses of mundanes yet it is characterized by the singular feature of being passive protection incapable of harming anyone. Like the curious status of firearms suppressors in America (as opposed to its unregulated use in New Zealand) and the mania of cosmetically offensive firearms, the symbols make the rulers fill their pants. Much of this is informed by the institutional cowardice and opportunism of police departments.

There are multiple levels of protection for ballistic prophylactics which is distinctly different from cut protection. I would urge everyone to consider not only armor for yourself but your entire family and advanced practitioners should consider getting a variety of sets for different mission profiles. 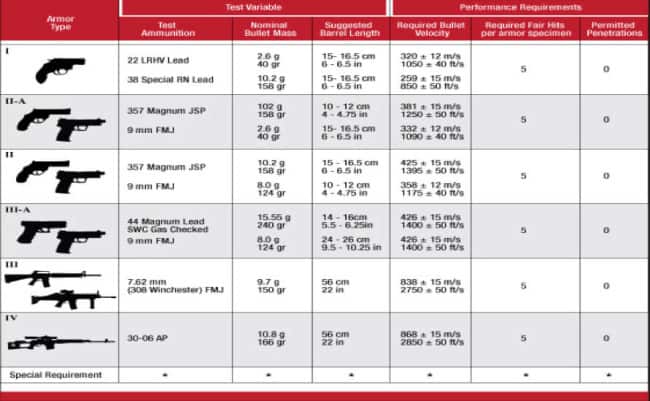 All equipment selection looks at mission profiles to determine what you need. I have deployed to the Middle East on a number of occasions including last year and the deployment kit for combat theaters is not much different from your assumptions here in the USSA. Ten years ago, I would have to come to a different conclusion but I consider the homeland to be a potential theater of war with the same problem sets one has encountered in the Middle East in the last generation.

This means that the use of military weapons and the .30 caliber protections against employed weapons by potential foreign interlopers and the potential for US government deployment against taxpayers and mundanes is not only likely but probable. The main threat comes from American police departments and a lesser threat in domestic deployment of US military against the residents of selected individuals and states targeted by the Federal government.

Any who doubt the likelihood of police being used against non-criminal humans in America has not been paying attention to the news nor the evolution of the deep state in the USSA.

All governments by their very nature wage a soft war on the majority of their citizens and a hard war on the selected minions who seem to raise the ire of the political mandarins such as political dissidents, home educators and hundred of other malefactors who refuse to fit into the Communard sensibilities of the government apparatchiks. Presently, two primary struggles are emerging, one much newer than the other. The first one is the continuing use of police powers and the thin black and blue line to weaponize political diktats across the board for the pleasure of the central state and its governing Uruk-Hai. The second and emerging threat is the continuing threat of Salafist Jihad emanating from the House of Saud and its legions of Wahhabis, the ISIS and Al Qaeda variants being the newest model of a three hundred year old cult. You can bank that the Western governments will do everything in their power to limit your individual ability to protect yourself if not prosecute you for the very notion. It is a two front war.

The graph above shows the different type currently available for

Vehicles are characterized by armor levels T4 and T6-8 and these have weight freedom that traditional ballistic PPE can’t afford. These considerations are for another Praxis treatment.

Figure 1 shows the traditional armor levels available for personnel in Western inventories. Categories I through III-A are soft and concealable. Type III is the first one to utilize hard or semi-rigid plates. Armor will not make you invincible, it will simply make you less damaged and the primary competing criterion have been cost and weight. IIIA soft armor is also a more expensive option available in purpose-built plate carriers to augment plate protection. I have the gamut from IIIA soft w/ level IV plates to a featherweight III rig (approx 5kg less chest rig and battle belt). Mayflower offers 500D cordura carriers that tend to be lighter.

At its heart, a piece of soft bullet-proof material whether soft or hard is just a very strong net. Bulletproof vests have to spread the blunt trauma out over the whole vest so that the force isn’t felt too intensely in any one spot other wise it defeats the purpose; the bulletproof material must have a very tight weave. Normally, the individual fibers are twisted, increasing respective density and concomitant thickness at each point. To make it even more rigid, the material is coated with a resin substance and sandwiched between two layers of plastics.

Generally, armor with multiple layers of bulletproof material offers greater protection. With some bulletproof vests, you can add layers. One common design template pockets on the inside or outside of the vest. It’s critical to augment the soft armor and insert metal or ceramic plates into the pockets. Be cautious of steel plates if not coated for spalling hazards.

For the experienced armed combat tourist, soldier loads are critical points of debate well outside the purview of this discussion. A helmet discussion will be another inquiry in a future Praxis.

And remember: if you have a ten dollar head, buy a ten dollar helmet. Your armor and your kit have a signature impact on your survivability in combat.

I will not tote any armor that is less than IIIA. I also try to make all my load-outs modular and easy to switch modes. That’s a primary reason I have gone exclusively to G-Code for all my holster and magazine carriage. All my plate carriers have an “Ironman-centered” RTI wheel on the upper chest to accommodate fast holster relocation from hip or battle belt depending on emerging situations.

Armor is also another reason you need to start adding “heads and hips” to your range repertoire and curriculum when training.

I would also suggest you investigate some of the gloved armor now available form sources such as HexArmor which we use in AZ for handling cactus but is also designed to prevent accidental punctures from hypodermic needles. If you happen to find a pair that works well with gun and blade handling, let us know.

I think there is a tremendous opportunity for a budding entrepreneur to socialize and produce body armor for children. You can take your own decision but the threat is out there.

In sum, non-discreet armor is vital in the coming Endarkenment and like guns, there is no one size that fits all because the mission profiles will be different as contexts change.

As James Shirley informs us: “There is no armor against fate.” Destiny is a serial killer so it doesn’t mean you have to cross the River Styx alone.