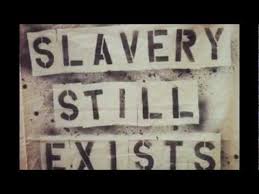 Publisher’s Note:  Max V over at his site published this broadside this morning against his tactical competitors in the training industry. He kindly asked that I make mention of his post over there. Along the way he assumes I write to him in this post. He is mistaken. My site has the curious sobriquet of ZeroGov for a reason. I take no sides in the competency debate and hear nothing but great things about his training. He and I have a gentleman’s disagreement on what should transpire after the SLAVFOR are defeated.

What’s curious is that no matter what minimalist or nil approach one takes to the state in mindset, it will have little bearing on the coalitions formed to dispose of the Main Enemy which is central government. Neither Constitutionalists nor abolitionists make better guerrillas. If abolitionists are wrong and all the ideas are rubbish, one shouldn’t concern oneself with their notions. A close reading of the Anti-Federalists will show the growing alarms and skepticism at the embryonic forms of the Constitutional national government even before it flowered into the totalitarian orchid it grew into after the Second American Revolution in 1861.

Brutus: “History furnishes no example of a free republic, anything like the extent of the United States. The Grecian republics were of small extent; so also was that of the Romans. Both of these, it is true, in process of time, extended their conquests over large territories of country; and the consequence was, that their governments were changed from that of free governments to those of the most tyrannical that ever existed in the world.”

I am simply hoping this is not a redux of the Irish Rebellion in 1922 where socialist fought socialist to defeat the other side and install socialism. In the end, quite literally, I simply want no part of anyone’s government. I wish Max nothing but peace and prosperity. -BB

“I believe that all government is evil, and that trying to improve it is largely a waste of time.”

Why am I in the Brotherhood Without Banners? Why does this site exist, and what will you get out of it? Every blog is something of a vanity project and a catharsis for thinking out loud, and this satisfies both for me. Aside from writing a book, a blog is a legacy that may last far longer than the author. Nothing really disappears from the Internet and I am certain there are folks in the government who are always interested in maintaining a watchful eye on blogs such as mine, because they represent the most direct philosophical threat to their very existence.

In an earlier phase of my intellectual development, I had been seduced by the heady siren song of limited government, which sounds like the most viable solution, but on closer examination is the most silly of chimeras. There is no historical precedent in the Western world, throughout its entire history, of a government calving off another or rising out of the ashes of extinction of the previous regime, containing themselves within the confines of power originally set forth at their germination. None. There are plenty of empty promises and proclamations of purity, but the usual suspects will be self-selected, seeking to rule others; most of whom are socio- or psycho-pathic. Politics is nothing more than the nationalization of human transactions, where the converse is the complete privatization of the planet. The latter is the charter of this blog. Nationalization is the government seizure (there is no polite term) of a product, service or behavior. This can happen with something as mundane as the circumference of grapefruit, to something as epic in scope as the forfeiture of health care or the use of the innumerable malum prohibitum laws on the books.

For those who take a longer view of history, it becomes abundantly clear that governments in their life stages, until their eventual and inevitable deaths, rarely seem to calculate second- and third-order effects of their meta-behaviors. I always presume that, while good intentions may be the standard apologia for the lion’s share of government, action and behavior, this is simply an intellectual smokescreen with the same vapidity of hate crimes; hiding the nature of government which is the threat or use of violence against anyone or anything which either refuses to comply or pay the assessed tribute. One should never measure a government’s behavior by its intent, but the fruits of its actions. And that is bitter fruit indeed for the totality of human history. It is almost as if we have been in a fever-dream, surrounded by inmates in a vast prison state which has effectively indoctrinated people to consciously think that harming others through fining, jailing, maiming and killing is the only possible blueprint for society. Somewhat like the bird who has lived in a cage all its life and still hasn’t figured out what wings are used for. Think of that, a near consensus among thinking human beings that the only way to organize a just society is through terror.

Terrorism is the use of politically motivated violence against non-combatants or innocents. Absent the very existence of terrorism, bullying and a daily violation of the Ten Commandments, no government can exist. One might say that the Global War on Terror, or whatever words the Western military-industrial complex has used to re-flag it, has exponentially increased the size of government and has been pointed in the wrong direction.

We have friends and relations who enjoy boasting of law and order. The tough guys who pronounce that the latest police beating was warranted, and the prison rape the men will endure while caged for their sentence is perfectly justified for their crimes, even if the offense were as banal as a paperwork violation, avoidance of taxes or an infraction against the tens of thousands of laws of which no normal human could know or comprehend. Remember that it is all about the law and not the human context, because context is totally absent from government calculus. It is part of its power.

I have mentioned before that every American is subject to indefinite detention in the alleged justice system the Federal government and its subsidiary political elements, known as states, have erected. It is another tool in the arsenal of democracy that is the fancy name for mob rule, subject to the kakocrats at the top of the system. The government has been successful beyond their wildest expectations in creating a captive and occupied population from which they derive both their material succor and the sophisticated means to bully and control tens of millions of humans. The government must erect these officious and brutal means of suppression, otherwise the small percentage of liberty minded folks who chafe at living on a feedlot, and having their lives micromanaged, would set a very bad example for the rest who would take notice of the people who elected not to abide by the system. As with the likelihood of secession looming ever brighter, once the first person is allowed to opt out of the government confines, a stampede will commence that will be unstoppable. This is why the IRS is invested with such formidable power to fine and cage recalcitrant taxpayers.

America has conducted a brilliant government campaign to put the state at the top tier of idolatry, with family and individual volition at the bottom. This has been a two-tiered assault. The government makes it very inconvenient for individuals to fight its depredations and ensures that the education system is kept in a tight orbit around government supremacy. Most of my readers have attended some college and have seen first-hand the absolute monopoly of the government supremacist mindset among faculty, administration and students alike.

When one suggests that non-violence may be a preferable foundation for a peaceful society, instead of the enslavement of government, one is almost universally scorned. Is it not interesting that all the fevered anti-war rhetoric from the “left” has disappeared since the election of the latest scoundrel to the Presidency? Collectivism permeates the American academy with very little exception, and this from doyens in the humanities and social “sciences” whose jobs may belabor 8-12 hours per week, unless they have paid teaching assistants available. The rest of the time is certainly not used to practice critical thinking, but to sharpen the same weak-minded rationalizations of the academy to justify the ultimate goal of extinguishing every private aspect of human life. They prettily dress the rhetoric in high-minded humanitarian goals, but in the end they are the intellectual equivalents of prison guards in their moral imaginations.

And then we have the mewling from certain sections of the feedlot about the sacred Constitution and returning to our roots to regain our liberties. Fat chance, since the germination of that document gave us the leviathan we labor under today. That is not coincidence but causation, the Constitution was designed from the beginning to be an engine for giant government.

Here is a thought experiment for you: the next time you have a convivial conversation about politics or society with your friends and family, ask them if they are capable of conducting the discussion without advocating the initiation of violence on their fellow humans. See if the conversation about politics can in any fashion examine alternatives to inherent violence and compulsion. While I despise the false front of Left and Right, which are simply degrees of collectivism, you will notice that even the “peace” advocates tend to embrace the use of force domestically, and the “hawks” tend to glory in the killing of humans around the globe. Yet it is hard to distinguish between them anymore, especially  the latest occupant of the Offal Office. Despite a rather elegant Leftist pedigree, he is indistinguishable in his actions from his neoconservative/socialist predecessor(s).

The government program of indoctrination has been so thorough that most will be speechless and unable to communicate because government is not about the noble ideas of securing rights or ensuring liberty, but the cardinal opposite. In its most naked and unadorned form, it is simply a cop. Invested with all we have come to expect from that particular class: a base viciousness with no limit whatsoever in the ability to kidnap, cage, maim and kill for crimes that would not exist within the realm of common sense or decency. Killing in the name of love, indeed.

I will continue my quixotic and scintillating quest in the near future to explicate why cooperation and non-violence (except in response to initiated violence) are the preferable and virtuous way to order a society. This may be a Sisyphean task but a necessary one. We owe it to our children to offer a better future and not a more comfortable (for now) prison cell.

“A government that can at pleasure accuse, shoot, and hang men, as traitors, for the one general offence of refusing to surrender themselves and their property unreservedly to its arbitrary will, can practice any and all special and particular oppressions it pleases. The result — and a natural one — has been that we have had governments, State and national, devoted to nearly every grade and species of crime that governments have ever practised upon their victims; and these crimes have culminated in a war that has cost a million of lives; a war carried on, upon one side, for chattel slavery, and on the other for political slavery; upon neither for liberty, justice, or truth. And these crimes have been committed, and this war waged, by men, and the descendants of men, who, less than a hundred years ago, said that all men were equal, and could owe neither service to individuals, nor allegiance to governments, except with their own consent.”