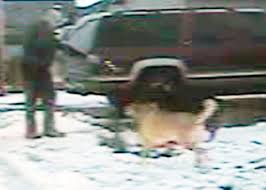 Publisher’s Note: This is a five-part series that investigates the growing death culture of the American cop and the predator prey relationship between badged thugs in the pay of the King and the following victim classes among the Helotry that is America:

Part I: Dogs and other Animals

Please keep in mind that I will examine all sorts of police depravity and violence to include the murder that has become so prevalent and dare I say popular among statist police in America. Depending on your level of resistance, you will be fined, kidnapped, caged maimed or killed in America if you resist the most banal edicts handed down by your rulers as law hence law enforcement.

Police are the pointed end of bad politics, idiotic rules and immoral laws. Unlike their confreres at the Nuremberg trials, they are never held accountable for their “just obeying orders” schtick.

I want you to pay particular attention to the incidents where the police laugh or joke about their maiming and killing because there is no better casual indicator of the depravity and psychopathy that is modern day policing in the USSA.

“The Bureau of Justice Statistics surveyed 6,000 people and based on extrapolations of the information estimated that around 500,000 people every year are, ‘hit, held, pushed, choked, threatened with a flashlight, threatened or sprayed with pepper spray, threatened with a gun or other form of force,’ by police. The FBI Uniform Crime Reports states that around 300, ‘justified homicides,’ happen every year, yet does not record police killings considered to be unjustified.”

The numbers are most likely far higher for non- reported and under-reported violence by police in America.

Make no mistake – you do live in a police state. Please be sure to update me on local incidents you can call to my attention. -BB

“He who is cruel to animals becomes hard also in his dealings with men. We can judge the heart of a man by his treatment of animals.”
― Immanuel Kant

Yet another dog is murdered by cops.  A service dog, no less.

The advent of film and video footage has revolutionized the ability of the general public to see how the police behave in real life and not the sanitized Disney version that Hollywood and its sycophants in the mainstream media have portrayed.

Sir Robert Peele’s principles are long dead and buried in US law enforcement.

This particular one is indeed extinct:

“The police should use physical force to the extent necessary to secure observance of the law or to restore order only when the exercise of persuasion, advice and warning is found to be insufficient to achieve police objectives; and police should use only the minimum degree of physical force which is necessary on any particular occasion for achieving a police objective.”

The American law enforcement community has experienced a sea change in the last half century that has made the police the greatest threat to individual subjects in North America. In the end, liberty and freedom can only be taken if the enforcement mechanism of bad laws and totalitarian edicts is active and engaged. The risk of death by cop is far greater than any foreign-borne terrorist threat or most natural disasters and ironically, 2013 is one of the safest years for cops themselves in decades despite the silly “hero” rhetoric drummed in by the government media complex.

Will Grigg has written eloquently and extensively on startling detailed anecdotes of the police state in action throughout the fetid plain. I have contributed some observations on the state of police misbehavior on a grand scale but not so much as other observers.

Something strikes me about the spate of dog murders by cops that have emerged in the media in the last decade. The officer safety madness is a large part of the reason for the devastation and lethal effects of modern policing and the trail of tears of the maimed and murdered bodies stacked up by the badged bullies. As we have become accustomed to the double standard, the epidemic of police shootings of dogs stands in stark contract to the injury and killing of “police dogs” as assaults on an officer and treated as such. Again, ensuring that mundane being drained by taxes to pay the salaries of the statist police are always treated as second-class citizens even to dogs (if badged).

Some observers have suggested a linkage of animal abuse into adulthood: “Douglas, Burgess, and Ressler looked at the lives of 36 serial killers to determine whether they shared any behavioral or psychological traits. They found that 46 percent of the serial killers in their sample had demonstrated cruelty to animals as children, while 36 percent demonstrated similar cruelty during adulthood.”

Ask yourself this: if you have serial killer tendencies, how do you hide in plain sight and quite literally get a state-granted hunting license? Become a cop.

Are there widely accepted precursors to serial killer behavior such as cruelty toward animals and a casual disregard for their welfare?

“When counselors at several federal penitentiaries evaluated inmates for levels of aggression, 70% of the most violent prisoners had serious and repeated animal abuse in their childhood histories, as compared to 6% of non-aggressive prisoners in the same facilities.”

The casual disregard for the lives of animals by cops is fairly commonplace as well as human life if the past decade of cop-on-citizen violence is any indicator.

“As criminal profilers pointed out, around 99% of the serial killers start showing cruelty to animals even from an early age. What makes matters worse is the fact that their families do not notice this negative behavior or perceive it as child’s play. More often than not, hurting and/or killing an animal demonstrate the need to take control and dominate.”

It would be necessary to establish that most of these police dog killers have this tendency at a tender age but the increasing incidence of this kind of abuse raises some disturbing possibilities.

One dog murder by cops gives a clue to the mindset involved:

“One he didn’t even think twice. He just stepped back and took out his gun and shot her twice and stood in the street and laughed about it.”

Another cowardly incident in New Orleans where the cop (of course) lied on his report of the dog execution.

“He fires (at) the dog in retreat,” said Jeff Dorson, executive director with Humane Society. “Why do we know this? The bullet wound. The entry and exit were in the side, and it wasn’t a dead-on shot in the front.”

The cops laugh after killing a three-month old puppy in San Antonio here.

Even restrained animals are subject to instant liquidation by the badged bureaucrats:

“Moments later the animal, named Cammie, barks at officers and struggles to avoid a hook attached to a long, metal rod. Once police stopped trying to snare the animal, it laid down quietly. Upon second attempt, police successfully restrain Cammie, who struggles but then stands motionless, looking away from the officers.

That’s when LaGrange Police Officer Doug Howell drew his weapon, aimed and fired a single round into Cammie’s chest, dropping the dog immediately. Shortly thereafter she began wagging her tail, so the officer put another bullet in her head.”

Cats are not immune to the bloodthirsty treatment of animals by cops:

“Two officers acted accordingly and shot the cat dead. What enraged the cat’s owners is the fact that it was never checked for identification tags neither did the officers attempt in any way to determine whether it was a stray or a pet cat.”

There is a pattern of conduct emerging that speaks to several factors.

Modern policing in North America now uses officer safety as a mindless mantra to justify disproportionate response to real and perceived threats to their person and safety.

I will cover police abuse of children in a future essay which bears a grisly resemblance to the war on the innocent that dog murder entails.

The stories are legion but this incident is illustrative of the vicious and lethal mentality of cops in America today:

“As Vidal Collapsed backwards on to the floor the two officers jumped on top of the 5ft 3 100 lb Vidal to restrain him.. As Vidal’s Father tried to step in and grab the screw driver The Southport Police Officer that had instructed the other officers to use their tasers, moved between the father and the pile of people on the floor and said ” We don’t have time for this” And shot Vidal Once in the chest as the other two Officers held him on the floor. Vidal’s father then grabbed the officer as he was lining himself up for another shot.”

Yet another testimony to why no one in their right mind should ever call the cops.

I would suggest that the increasing violence toward animals is yet another harbinger of things to come in the future as the American police state becomes more and more violent toward ordinary citizens and anyone it sets its sights on.

One can suggest that any broad cross-section of the working population in particular occupations would create serial killers and the police profession would appear to have a few of their own:

“Manuel Pardo, a former Florida police officer turned serial killer who was executed Tuesday, was one of the latter, officials say. He shot nine people to death in the late 1980s, claiming he was a ”soldier” ridding the streets of the wicked.”

“Police are considering the possibility that the serial killer who has dumped at least eight bodies along a Long Island barrier beach may be an ex-cop or other law officer, law enforcement officials familiar with the case said.”

The notorious killers like Gerard John Schaefer even practiced their serial killer temptations on patrol.

I would also suggest that the brutality demonstrated in the video of this young homeless man being beaten to death is emblematic of the tendencies among the constabulary in America.

I think about the very real possibility of institutionalizing serial killer ethics and behavior is becoming the rule and not the exception in American policing. Much as child molesters and voyeurs would sign up in droves for the chance to be a TSA enforcer gaping at and laying hands on innocent travelers, there is no greater opportunity for a serial killer to practice their craft in America than going to the academy and getting the badge. They would have a license to kill and qualified immunity that would get them through the bad times at taxpayer expense.

The “heroes” that fired 103 rounds into the wrong pickup and wrong gender and did not kill the two female occupants. The police investigating police concluded and “found that the officers were not at serious fault in trying to kill two innocent unarmed women and unleashing a wall of lead on a vehicle.”

Police will not ever police themselves…ever.

There is now a close race between private serial killers and the professional class emerging in American policing to see who can field the greater army of murderers. Much like the terrorism moniker fitting the protector in America more than the actual stated target, the fabled cops are becoming the very thing they supposedly hunt.

The spate of animal slaughter by cops may be an unpleasant precursor of misery to come for the citizens being administered by the “serve and protect” crowd. 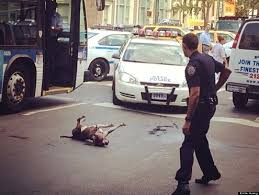 26 thoughts on “Badged Serial Killers: The Growing Murder Culture of Cops (Part I) by Bill Buppert”