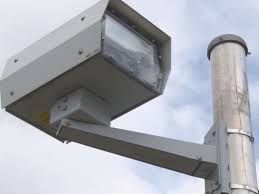 The Redflex pirates have invaded the little burg of Sierra Vista, Arizona and red light cameras are springing up in a little town in the same state that kicked them off the state payroll after allegations of bribery, fixing and corruption by the Governor.

The same Redflex mention in the emerging bribery scandal:

“Aaron Rosenberg, who was the company’s top national salesman, said in a civil defamation claim against Redflex that he was made a “scapegoat” to cover up a long-standing practice of “providing government officials with lavish gifts and bribes” after the Tribune began asking questions about the Chicago contract.”

The same Redflex that scans all plates at intersections and stores them via police apparatchiks:

“It’s no surprise that (former) Secretary of DHS, Janet Napolitano would want to track innocent motorists and spy on their every day activities. Her now defunct freeway photo radar dragnet, installed and run by Redflex was performing that task on a massive scale in Arizona. She was quickly promoted to her post at DHS as “Big Sis,” which she resigned from last week ahead of what are likely to be major scandals brewing which will be far worse than this one.”

The government/private collusion between Redflex and ATS and the usual suspects in government even shortened yellow light times to increase profit:

“The worst part is that the Florida Department of Transportation (FDOT) was instructing cities and towns to shorten yellow lights, which make intersections much more dangerous.”

As with most traffic laws in the US, this is not about safety but simply a way to increase revenue from drivers already badgered by gas taxes and the escalating costs of licensing and registering vehicles in addition to the absurd speed and signage laws that rob American of billions of man-days of productivity and tens of billion in lost time and wealth. Not to mention the insidious increases in insurance premiums visited on the victims.

I recently wrote on the sheer idiocy of stop signage in America and you can read that here. The Redflex piracy is merely the latest outrage in the government war on private driving.

One hears all the verbal sewage from the local politicians and their television and newspaper cheerleaders. This is about safety and not revenue and the common mistake of thinking that correlation and causation mean the same thing. But what does one expect of the media whose entire modus operandi is the advocacy of bigger and more intrusive government at every turn?  Whether one reads the government house newspapers out of DC and New York or your local rag, it’s all the same drivel.

Pop quiz: when was the last time your local news outlet ran a critical story on police behavior or government abuse? If Arizona is any example, the Tucson daily newspaper is called the Red Star for a reason. One can also examine the number of ads in the newspaper and discover a curious phenomenon: in my local paper which I do not read absent the assistance of an air sickness bag, nearly forty percent of the advertising space is a government entity or something that gorges at the government trough.

So how does one evade these cameras? Difficult to do but fortunately there are some methods to defeat the invaders.

Before the Redflex pirates were booted off the state payroll in Arizona, if one got a speeding or red light ticket in Tucson or Phoenix and lived elsewhere, a curious lapse in the law forced the state to have to physically serve these tickets to the driver victim of the highwaymen. In essence, if I received one in the mail, I would simply store it in the shredder and the system deleted them after ninety days of non-payment. One sees the common scam from the government where they send these threatening missives to the taxpayer, which in this case had very little teeth.

The Redflex pirates in New Mexico were even given permission to troll the lapsed tickets of “offenders” after they were kicked off the state highways.

I would also urge you to visit the National Motorist Association which unlike the other mainline automotive clubs in the US is not a poseur and sycophant for government power constantly lobbying for infringements on private driving freedom.

“Residents of Albuquerque voted to kick Redflex Traffic Systems out of the city in 2011, but city officials decided to give permission to Redflex to generate up to $20 million by collecting unpaid tickets that had been mailed to 89,000 individuals up to a decade ago.” One can be certain a cut of the 20 million would go the highwayman on the Council.

Your “representative” never represents you; they seek and coddle government power and nothing else.

I would welcome my reader input on other countermeasures one may employ to render this latest government theft mechanism impotent and useless.

This is simply another chapter in the continuing war on private driving in the US where the rulers would much rather see us all piled in diesel-fume belching buses which would also control the citizenry better once the buses stop accepting cash and only accept card devices that identify the users and riders of the over-subsidized transport.

Along with the Real ID fiasco that is a de jure and de facto reality in America, the rulers are installing black boxes in newer cars, scanning IDs at federal installations, declaring Constitution Free Zones  (I happen to refer to these as hyper-Constitutional zones) throughout the country. There is a little known program conducted by your friends in the DHS that logs all the vehicles parked at airports every night. Your tax dollars at work data basing the citizenry for future opportunities of tyranny or subjugation and you are paying for it and your unborn grandchildren. It is hard to read uncooked accounting books with the government.

The ANPR systems are more commonly referred to as ALPR (Automatic License Plate Reader/Recognition) are now linking all 19000 police department across the fetid plain. Of course, we all know none of this data will be abused.

All of these in concert with the Redflex abuse will simply drive us ever closer to the Orwellian ideal so many of the psychopathic empty suits in Washington lust after.

Resist at every turn. 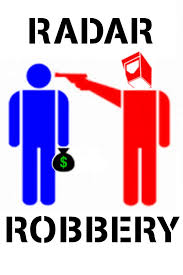