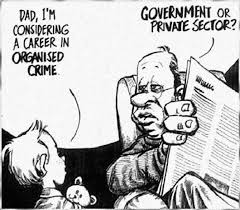 The income tax turns 100 this year and no more malevolent and insidious a taxing scheme can be found. “The 1913 income tax was also low. An individual or married couple earning taxable income under $20,000 ($458,000 in 2011 dollars) paid only 1 percent of their income in taxes. Just about everybody then could truly say they were part of the “1 percent.” A mere 31 years later in 1944 this tax is at 94% on every penny unsheltered above 200,000 dollars and the lowest bracket at 23%, the highest book-ended bracketing in US history so far. It was not until 1982 that the heist existing bracket of 70% was reduced to 50%.  These are astonishingly hubristic takings but all Constitutional, of course because the two main functions of that storied document are central national control and unlimited taxing power.

Why an income tax when for the span of the first half of the nation’s history excepting the Lincolnian income levy during his prosecution of the War of Northern Aggression? I would suggest that the US was incapable of levying the tax during that time in a largely rural society with primitive accountancy standards and a failure of the first three central bankster schemes in the US. It was not for lack of trying but the linkage between a monopolized fiat currency and the capability to impose an income tax run hand in hand. Alexander Hamilton championed the idea of taxing citizens in the states as  a means to feed the national government.

It is no mean coincidence that the Income Tax Amendment in 1913 and the Federal Reserve were parallel creations.  The monopoly on the creation of a money cartel was the only effective means to finally tax income as a means to feed the central government and the rest is history.

All who visit my blog know that I think all taxation is theft and any rate above zero is scandalous. You will note that the government and the state are moral train-wrecks that refuse even every precept of the Ten Commandments and stand them on their head. Government ravages the seed-corn, subsidizes the looter and raises the parasite as the paragon of virtue; in other words, those who exist at the violent and coerced expense of the rest of humanity are not the wicked but the true and moral. The collectivist fever-dream would make the Borg blush in envy.

There is a reason that a tax and attacks are synonyms. They both mean the same thing.

1 thought on “Your Money Isn’t Yours: Happy Birthday by Bill Buppert”