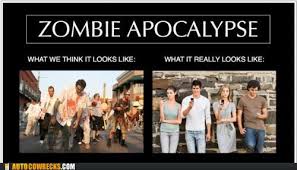 I just got finished watching the older movie, Red Dawn, the other day and it struck me how out of touch modern American teenagers are to the protagonists in the film.  I get it, the film is an homage to hyperbolic patriotism in the fight against a foreign invasion as unlikely as the scenario could be even in the heyday of US-USSR global bipolar disorder.

With dozens acknowledged insurgencies world-wide and realistically hundreds in reality (there are an estimated three hundred in India alone), these partisan scenarios played out against internecine rivalries for power within or around various nation-states are ubiquitous. Overwhelmingly, war is a young man’s endeavor ranging from the pre-pubescent fighters in the Lords Resistance Army to the twenty and thirty-somethings that made up the bulk of the fighters in Northern Ireland, Chechnya and Afghanistan among the innumerable ranks of trigger pullers battling for some cause world-wide.

America’s youth seem to be fatally tethered to a need for information which has become so addictive that it is hard to pry one’s children from the phones and computers that shadow, if not dominate, their every waking minute and hour.  One would think that a forward-looking mind that has access to the greatest store of knowledge ever in human civilization would render a new golden age peopled by superior thinkers, new inventions and new areas of cognition that would propel us forward into a brightly lit future of unlimited potential.

If we were to harness the endless dithering about bowel movements or online gaming marathons and turn it into energy, we would have no need of any other terrestrial fuels to light up the planet.  I remember talking to one shambling shibboleth of sloth who told me in five years of gaming World of Warcraft, he logged an entire human year playing.  A year!  Good Gods.

This electronic renaissance has accomplished just the opposite, it has ushered in the most lethal and effective device yet known to man to harness every man to a feudal state of being and every woman to the notion that her sin qua non is the incessant broadcasting of her most banal daily activities and constant concern for the appearance of her photographic life on the wall of various virtual town halls where immediate satisfaction and the sharing of formerly idiotic behavior is the hallmark of a fulfilling life.

Given the nature of this transformation from homo sapiens to homo insipid, we see an evolution toward shiftlessness and servitude, not advancement of knowledge and the pursuit of ever more productive ways to serve our fellow man in the market.

These are not the qualities of fighters.  As much as the mall ninjas and violent gamers like to brag about skills, when the shots ring out and they are zombified in their haze of Condition White, they will be nothing more than targets playing the age-old game of whack-a-mole that has been littering battle zones with corpses for centuries.

As Heraclitus taught us two and a half millennia ago:

There are southern and inland western youth in America who still hunt, shoot and otherwise pay homage to the martial arts (beyond the repetitious Asian arts that play at defense and fail in the end with the honorable exception of Krav Maga and Haganah).  The subculture of the Mixed Martial Arts (MMA) practitioners and their fans encourage me but an increasingly large slice of that following are falling into the silly hero-worship and geeky fandom of professional wrestling.  There certainly is a tactical sub-culture in the US but the majority are kit-geeks who collect more than perfect and manufacturers are making a sizable profit in sales for the largest waist size in “operator” pants outside of Mexico [I know from personal experience the tactical obesity of Mexican constabulary and armed forces].

Look around, not only are Americans obese and out of shape; they take pride in their lack of self-sufficiency and American teenagers are rarely unconnected unless forced to do so.

Their primary predilection in their waking hours is the addictive updating of the most unremarkable features of what passes for their existence.  They read but they don’t read books nor do they take the time to do what is the most basic first step in cognition and reflection, stand still, concentrate and think.  War-game solution sets, extrapolate outcomes and puzzle out second and third order effects.

It is not happening and it may form a fatal national amnesia that will make them putty in the hands of any political opportunist who can readily manipulate an unreflective people whose notion of virtue is learned not from Socrates and Seneca but Jersey Shore and JZ.