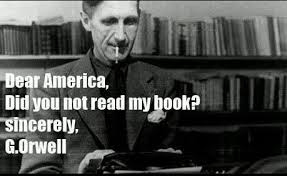 That may not be the meaning of life but it is the simplest explanation of all government.

Note that the only objective is abject surrender or whatever pain can be inflicted on the resister after the notions of non-compliance are made clear by the victim.

We have all heard the bromides and axioms about government being like fire, a dangerous servant and the usual platitudes about limiting the beast. Library shelves groan under the weight of hundreds of thousands of scribes, pundits and authors opining on how to temper the monster, how to steer the brute force in positive directions, how to control the perverse incentives that lead to the oceans of blood that seem to be both the birthing and death experiences of nations and states.

Over thousands of years, humans have wrestled with the problem of politically organizing society along peaceful and violent means and discover that the latter is a default of behavior.  Ignore all the library definitions; politics is a death cult. Ironically, the populations cry to have a defense against the predators among them and end up with the most empathetically crippled human beings in charge whose power at the larger level dwarfs the petty criminal excesses that drove the people to urge bondage upon themselves in the first place.

We keep the bad people at bay by putting the worst people in charge. Rinse and repeat. Over and over and over.

Whether the hijacking of the uneasy canton peace of pre-1791 North America by the Founding Lawyers shackling the country with the Constitution, the aggressive Westward absorption through aboriginal holocaust, the defeat of the Second American revolution in 1865 or the inauguration of the US predatory state abroad in 1893 and the continual war on the world that followed, you have been lied to.

Civics class is government obedience training and the metastasizing police state that emerged from the end of WWI has not stopped for a moment. Once the government got a taste of the national security state after 1916, there was no stopping it. Every war strengthened the state as it perversely screamed for domestic shackles and increasing surveillance and terror to fight…terror.

War is the health of the state as Bourne said and the mandarins in DC decided to take the war footing to the domestic front and the Volstead Amendment was born right on the heels of the income tax gestated in 1913.  A powerful hybrid brew was concocted: the power to tax not only individuals over the borders of states, in essence, nationalizing the tax cattle but using the era of Prohibition to weaponize the war on tax evasion and create a national policing organization in the Treasury Department which would expand enormously over time and have a corrosive effect on the relationship between the flock and its masters. The Treasury Department inspired the creation of legions of alphabet agencies to lord over the subjects captured in the tax jurisdiction known as the USA.

Whether the assault on the Bonus Marchers in 1932 or the long train of abuses that are the Supreme Court in attendance to the expansion of the US police state, the entire multi-trillion dollar apparatus rests on one word.

Absent the blithe and forced consent of the subjects who outnumber their rulers by obscene ratios, the whole bloody and miserable facade would collapse under its own murderous weight. Romania experienced a cataclysmic event where the entire population quite literally tore the apparatchiks to pieces after decades of suffocating in a police state not far from the vision of the anointed in the Department of Motherland Security where dreams of snitches, lock-downs, sheltering in place, black clad armed bureaucrats and total one-way transparency of behavior on the part of the Helots is the rule of the day.

It all comes down to obedience and the willingness of the mass adherents to the Stockholm Syndrome to respond like sheep to predations, insults and cruelty that no man of yore would stand for. The State’s answer to any man standing up to the abuses no matter how trivial the violation or non-compliance is fining, kidnapping, caging, maiming or killing depending on the level of resistance. The state is no virtual Milgram Experiment, it is the experiment at its fruition and ultimate expression.

We have all seen the videos and heard the stories of the old men shot, the pregnant women tasered, the thug-scrums on the mentally disabled, the execution of a young mother in the capital of Mordor and the tens of thousands of such incidents that crowd the news and the internet every week. The sheer volume is alarming but fraught with under- and non-reporting.

Absent the bloodthirsty violence that is the bread and butter of the state, it could not exist. Like the metaphorical vampire it is, it must maim and destroy to feed itself and provide the sustenance to give it strength.

Democracy is a sadistic lottery. Voting is violence because every ballot cast legitimizes the state to enter your neighbor’s home and take their wealth, seize their children, maim the occupants and, in the end, rob them blind. That is simply the beginning of the rampage the voter is cleverly, if cynically, abetting. When the ballot is cast, you have pulled a trigger and provided crowd cover for this mob rule that glorifies theft, coercion, and violence hiding under the illusions of patriotic bunting, bad anthems and rushes to wholesale murder overseas.

The price of your obedience is the enslavement of your children.

Right now, all the usual suspects across the political spectrum are mewling and filling their pants over the implementation of Obamacare which the wise ones in DC made the groom to the IRS bride. Some agree and some object yet the Grand Old Politburo comes to the defense of the wretched Medicare program at every instance to defend nationalized health care for the aged. Obamacare certainly is an existential threat to liberty and fiscal stability but all government is over time.

It will NEVER go away until the Federal stranglehold on the North American continent is eliminated no matter the new raft of psychopaths sent to Congress or the behavior of the reptiles hired to fill the drone-hives of government buildings peppering and polluting the fetid plan. Jerry Pournelle’s Iron Rule of Bureaucracy tells you everything you need to know.

Whether the Ten Commandments or the Categorical Imperative, peace-loving people know in their hearts that if you organize a society around initiated violence, you will reap the whirlwind over time.

Alternatives abound in voluntaryism, peaceful cooperation, free market exchange of goods and services and the thousands of little things that family and friends do for each not under the lash but because peaceful interaction makes for a much more civil and prosperous society.

Look deep inside yourself and shed your illusions. There are plenty of bloggers who will give you all the detailed information you want on the predations of the state, why liberty is preferable and why your children don’t deserve this.

It starts and it stops with obedience. The lash has its limits and some never forgive.

3 thoughts on “Sadism and Statism: Rhyming With The Reaper by Bill Buppert”