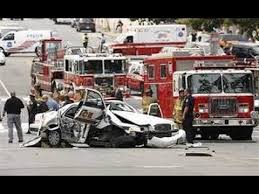 An unarmed woman was gunned down in or near her vehicle today in the bosom of DC and her child in the car with her was apparently unharmed except for the theft of her mother’s life by the usual armed and badged suspects who bring so much horror and calamity to daily American life. The woman was caught in the cross-hairs of the terror state that has emerged to fight terrorism by using terrorism. Terrorism is politically motivated violence against non-combatants and innocents which fits the political science description of what all statist government does and the tactics employed by its uniformed gangs deployed across the fruited plain to deliver the real war of terror.

After over a decade of hundreds of billions spent to protect the rulers from the various hate groups they have created globally through a war on the world that has rumbled almost continuously since 1893, the woman’s death is yet another footnote in the horror novel known as the United States government. Zombies and vampires don’t hold a candle to the death and destruction wielded and threatened daily by the clown cavalcades that comprise the political ruling class in the US. One can see the zombie-like behavior of most government employees and the vampiric behavior of the taxing entities but the carnage and bloodshed is far worse than any horror novelist could dream up on a daily basis. Skeptics should search for police brutality on YouTube which is only the tip of the iceberg of a phenomenon vastly under-reported.

One would think that after a decade of the billions wasted just mentioned and the enormous bureaucracy in Fatherland Security invested with the august task of protecting the ruling elites, vehicle proof barriers and gates would have not been an afterthought but those who deal with government even at the local level start to realize that, at the end of the day, government is simply a deadly collection of adolescent bullies whose only agenda is the maintenance and expansion of their power over others and the continuation of a very clever money-laundering scheme to vacuum others people’s wealth and resources at the point of a gun into their coffers.

One must also take note that once again, the very well-fed badged warlords of the constabulary most likely reacted the way they did because that what they are paid and incentivized to do. There will be no wrongful death suit. The child will not grow up with her natural mother. The damage will be paid for by the taxpayers, or more likely their grandchildren, since DC is broke by any private standard of accounting.

The self-same uniforms will be retiring to their well-appointed locker rooms to remove their XXXXL uniforms, stop at the bar on the way home and congratulate themselves on saving the nation and continuing the heroic vigil. They will wink and nod at each other that the “turds” (their term of endearment for the scalped taxpayers that pay their wages) just don’t understand the circumstances and the loneliness of the watchtower. They will also be supremely confident that even if the shoot is wrong, the usual stable of hagiographic colon-connoisseur pressitutes will wave the flag and come out of the woodwork to praise the police for what was most certainly a stressful event. If anything the police unions and unlimited immunity clauses in their contracts will help them sleep at night while they dream of the next day possibly getting an opportunity to cuff a six year old, truss up a good-looking woman like a calf at a rodeo or better yet, bust some young college hothead for possessing illegal vegetation.

They will sleep well because of the perverse concept of officer safety where in almost every instance deadly force and maiming can be employed because the cop “thought” he was in danger or perceived jeopardy. Nice work if you can get it. Quite literally, a license to kill in the land of the free.

We all know that under the circumstances, shooting the woman was the only way to go and not disabling the vehicle much like the heroic detectives who perforated the pickup and the two women inside while searching for the “cop-killer” Dorner in California in the recent episode that had the “thin black and blue” line filling their pants in spastic shivering contests of fear at being dealt what they do on a daily basis.

That woman is not dead because anyone was in danger, she is dead because she allegedly endangered the men chasing her. Think about that for an hour. Police start and foment aggression for a living and the “War on Terror” has allowed them to become the rather overweight dominatrices they have always strived to be. Much like Stalin’s Russia and Hitler’s Germany, police behavior is the singular connective tissue that animates and gives life to tyranny. Al Qaeda or whatever vector was responsible for initiating the 9/11 attacks has given new life to the omnipotent state and the terrorists did win.

Not the ones that incinerated themselves in the twin towers but the casual uniformed thugs who don a badge everyday in the 19,000 police agencies across the fruited plain to bust some heads for Caesar.

Grab your air-sickness bags because the government media complex will be spewing much venom about the woman’s instability, her fear of the government and any other tissue of lies that will give the faintest reason for murdering a woman in cold blood.

I do hope that the child grows up to be strong and resistant to state indoctrination and realizes the true reason his mother was taken from him. And I hope the names on the bullets that murdered his mother are burned into his memory.

10 thoughts on “Celebrating Thuggery: Clown Posse on the Potomac by Bill Buppert”