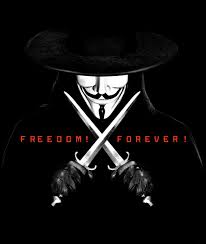 Losing an illusion makes you wiser than finding a truth.
~Ludwig Börne

It’s time to give up on the concept of rights. Like republics, democracies, and any other concept man have devised to only grant him partial freedom, they have outlived their usefulness. It’s time to recognize them for what they have been, stepping stones on the bumpy road to liberty.

Throughout history, men have fought and died for the rights that we have today; these rights have not come easily, and they are lost much easier than they are gained (or more accurately, recognized). Men have demanded they have rights to limit the tyranny brought upon them by those claiming “authority” either by God, blood, or vote. When really examined, it has been a great injustice that men have had to plead with other men just to be left alone. It’s hard to look at documents like the Magna Carta, the Declaration of Independence, and the Bill of Rights as triumphs of human rights when to this day we spend most of our time just trying to hold on to a fraction of the rights those documents proclaimed we have. We feebly hold up these pieces of paper with our hands trembling hoping to break the waves of tyranny, but alas, the tide of evil can only be held back for so long.

Rights have become tools of the State. The basic human rights our forefathers fought for are now the very chains of our enslavement. The State has successfully co-opted a concept that was once a good thing, but this is a common tactic of all tyrannical governments. They are the proclaimed protector of these rights supposedly granted to you by your creator. They are allegedly “inalienable”, these rights of ours. Just so that we are clear, here is the definition of inalienable.

in·al·ien·a·ble > – adjective 1.  not to be taken away or transferred

Now that we are all on the same page, does anyone of you still believe this? Or, did you ever believe it!? It does not matter if your rights are God-given, Natural, or Inalienable; they are non-existent! I will make a radical claim here, but I will attempt to prove it. You have no rights!

Humans created the concept of coercive governments, and then humans created the concept of rights to protect themselves from coercive governments. Huh?!?! Does anyone get the logic here? As long as you lend any kind of legitimacy to an entity that systematizes coercion you won’t have rights, you merely have a piece of paper, NOTHING MORE. The only way rational animals can truly have rights is when those rights are recognized by other rational animals. That’s it. If an entity is based in violence, by its very nature, that entity is an enemy of your rights. The two concepts cannot exist together. One is born of reason, one is born of force.

The government cannot be protector of your rights; it is the one true violator of them. The government is the reason we need to claim rights in the first place. As the brilliant Marc Stevens says, “If the government was really the protector of life, liberty, and property, they wouldn’t be the first ones to try and take it.” Life and liberty by law has been a failure, although not a complete failure. Our forebears efforts were not all in vain, some gains were made, but our enemy, the State, has found a way to capitalize on the gains that have come out of bloodshed, and sacrifice. These sacrifices were made by men yearning to be free in the hopes their children, and their children’s children might live a more peaceful life. It was the best way they knew at the time, and I stand ready to make similar sacrifices; however I would like to enter the battle on my terms, not the State’s. We have enumerated our rights, and the State has successfully picked them off one by one. What a brilliant strategy, any young officer worth his salt would see the opportunity to divide and conquer here. Go for the weak ones, and then we regroup for the rest. This strategy is not working anymore. It is time for us to claim one right, the right to life, and all that goes with it. I no longer claim anymore rights, but one. Let us level the battlefield a bit.

If they want my rights, fine, they can have them, but know this; I keep my life, and all that comes with it. I have the right to live my life how I see fit, to do whatever I see fit, as long as I live my life non-aggressively. I claim freedom, every bit of it. From here on out, it’s all or nothing. They cannot have any of it, no more concessions. I no longer claim the Bill of Rights, because rights do not exist, they are nothing but fluff to make citizens feel good about their immoral governments. Government is not reasonable or rational, it is force. Therefore, it does not recognize my “rights”. These two concepts cannot exist in the same context, which one will you choose? I choose the right to life, not the wrong of government.

As long as humans choose coercive governments, their rights will not exist; when humans finally decide to be rational about organizing society, they won’t need their rights.

“The mere fact that an individual argues presupposes that he owns himself and has a right to his own life and property.”

6 thoughts on “Give Up Your Rights; Regain Your Freedom! By Chris Dates”