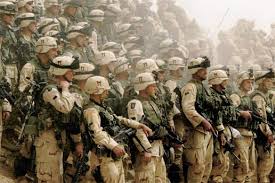 “The direct use of force is such a poor solution to any problem, it is generally employed only by small children and large nations.”

Anarchists, libertarians, socialists, environmentalists, monarchists, Democrats, democrats, Republicans, republicans, Flemish nationalists and Maori separatists can all see problems in the world. Any group of a hundred human beings selected at random might even be able to reach a consensus as to which problems are gravest; a group selected based on geography, ideology or age is likely to reach a stronger consensus much more quickly. Some such groups might even reach an accord as to the best solution to these problems.

Despite that, ideologically compatible groups seem to spend more time quibbling over minor disagreements than they do attempting to solve the problems they can both recognize. The anti-war Socialist Anarchist and anti-war Anarcho-Capitalist choose to spend time and effort arguing over private property while their tax dollars are used to purchase flying robots to murder Pakistanis. The Libertarian and the environmentalist are liable to start a cat fight over logging and mining rules, disregarding their near-complete agreement on US drug policy. The advocate of free markets and the advocate of free health-care almost certainly share an opposition to the Federal bailouts of large and powerful corporations, but they freely choose to argue with each other about doctor’s bills.

Based on these assertions, I conclude that the best thing a bright, active and motivated lover of humankind can do to improve the overall condition of our species is to loudly, publicly and peacefully take a stand against foreign wars.

Right now, people I respect and frequently agree with are up in arms over undeserved disability payments, appropriate vocabulary, and milk. Meanwhile, we edge ever closer to a declared war with Pakistan and continue to spend money we don’t have building sexy-looking fighter jets we don’t need.

I realize that universal agreement is neither practical nor desirable. But while these wars continue, aren’t they a bigger concern than big-screen televisions for the undeserving, or whether Ron Paul goes to church? 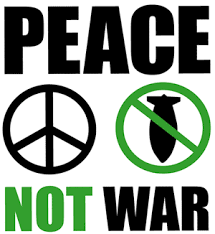 3 thoughts on “Let’s Focus on War by Kaiser Leib”