“I’m not against the police; I’m just afraid of them.” 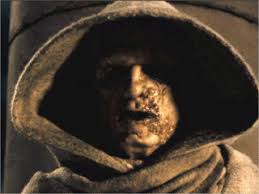 No one who reads this blog expects police fetishism to evidence itself and yet another reason for the growing alienation between the police and the citizen emerges from an Indiana Supreme Court ruling allowing not only further trashing of expectations of privacy but opens the door even further to justify the killing of citizens who resist a raid on the wrong address.  Not only is American jurisprudence simply a rubber stamp on police depredations on the subjects they rule but resistance to the armed tax-eaters is now.  This may even create a cottage industry of miscreants who pose as cops to ensure compliance with their attempts at unlicensed criminality (as opposed to the organized crime sanctioned by the state in the conduct of its everyday affairs).

“We believe … a right to resist an unlawful police entry into a home is against public policy and is incompatible with modern Fourth Amendment jurisprudence,” David said. “We also find that allowing resistance unnecessarily escalates the level of violence and therefore the risk of injuries to all parties involved without preventing the arrest.”

Please examine this last sentence carefully.  This is a declaration of war.  This means that any government sanctioned initiated aggression, even if it results in the maiming and murder of innocents, must be allowed to proceed.  In fact, it will most likely get the police perpetrators a paid administrative time away from work while the department waits to bring the thugs back aboard.  This codifies the license to kill that cops have had all along.  A cops ability to get away with murder has quite literally been given government approval.  For every cop who murders on the job and is convicted for an unjustified killing, there are thousands in the ranks who get away with it. 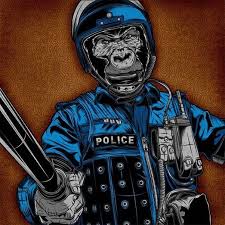 The hubris of the robed government employees never ceases to increase over time.  We all know the Constitution is the water-carrier for this kind of police over-reach.  The Judge might as well have quoted the Tele-Tubbies or episodes of Gilligan’s Island as precedent or advice on law.  The government injustice system serves one primary purpose – control and cowing of a citizenry to ensure compliance to the ocean of laws on the books and a free pass for the police forces and “law enforcers” plaguing the American landscape.  Imagine if every police officer from local to Federal were held personally responsible for their actions instead of the taxpayers for payment of damages resulting from their misbehavior.  The system is perverse now because the taxpayer quite literally foots the bill for his own oppression (along with the unborn burdened with the absurd debt pyramiding at all government levels).

I don’t want to curb cop misbehavior and violence against the innocent.  I want ALL departments disbanded and private justice instituted.  As with all things statist, incentives are perverse and the behavior is violent in so many respects that it begs the question of who is being served.  This ruling is illuminating because, at last, it unveils the state in all its glorious bloodletting and shows that in the end, everything justifies the means to achieve the end state they seek – complete subjugation of all residents in a given tax jurisdiction the whims of the government cattle ranchers.

Resistance is futile, slave.  Get over it.

“Under democracy one party always devotes its chief energies to trying to prove that the other party is unfit to rule—and both commonly succeed, and are right… The United States has never developed an aristocracy really disinterested or an intelligentsia really intelligent. Its history is simply a record of vacillations between two gangs of frauds.”