Publisher’s Note: Another selection season for the national plantation owner is in full swing and I wanted to offer a gentle reminder that the Grand Old Politburo is a Menshevik to the full-blown Bolshevism of the modern Democratic Party. Starting in 1952 until 2008, there was always a Nixon or Bushevik in office who steeled the spine of government supremacism. Eisenhower is always mistakenly assumed to want less government and be a conservative and nothing could be further from the truth. Let the Generalissimo speak for himself.

“I have just one purpose, outside of the job of keeping this world in peace…and that is to build up a strong progressive Republican Party in this country. If the right wing wants a fight, they are going to get it. If they want to leave the Republican Party and form a third party, that’s their business, but before I end up, either this Republican Party will reflect progressivism or I won’t be with them anymore.”

The eminent Anthony Daniels eviscerates another progressive jeremiad in this review of the white racist theology that is evolving before our eyes:

“Perhaps the most interesting question raised by these books is why, when they are so badly written, self-indulgent, and intellectually nugatory, when they are so plainly written in the spirit of what Karl Popper called reinforced dogmatism, they should be so popular among the Western intelligentsia. Let us hope that this is not a question for an Edward Gibbon of the next millennium to answer.”

An intellectual civil war is brewing at Sandia Labs, the federal contractor for nuclear weapons research, as the employees there are subject to Bolshevik browbeating, paranormal beliefs and what can only be characterized as group seances wishing a false reality on what we all experience. Casey Peterson does a great job destroying the shambling shibboleths of  political correctness (excepting some police data that is wrong).

Bob Zimmerman shows the emperor has no clothes on the Peking Pox. Is this another case where nothing is learned from experience, no one is found guilty of crime, the innocent are made to suffer, and those who question why this is so are punished? Sounds like Soviet Communism under Stalin. Lovely, just lovely.

Until people defy that fear, and decide to tell politicians and their bosses to stop pushing it on them, we will continue to move inexorably towards tyranny and bankruptcy. You simply can’t have a free and prosperous society when everyone in it lives in terror, afraid to take any risks. More importantly, under such emotional conditions, bad people will quickly take advantage of that fear to impose their will, offering false security and fake protection even as they instead grab power for their own personal benefit.

Why communism always fails: “You can condition people to obey rules and regulations but you can’t condition them to create.”

Peter is known as Mance Rayder on Twitter and he and I had sparred side by side with government supremacists for years on the Tweeter until I finally pulled the plug last year on the cancerous bullhorn. He always struck me as a singular and penetrating mind on the side of freedom. He is the force behind the splendid new liberty documentary, “The Monopoly on Violence”. He hosts “The Freeman Beyond the Wall” podcast. 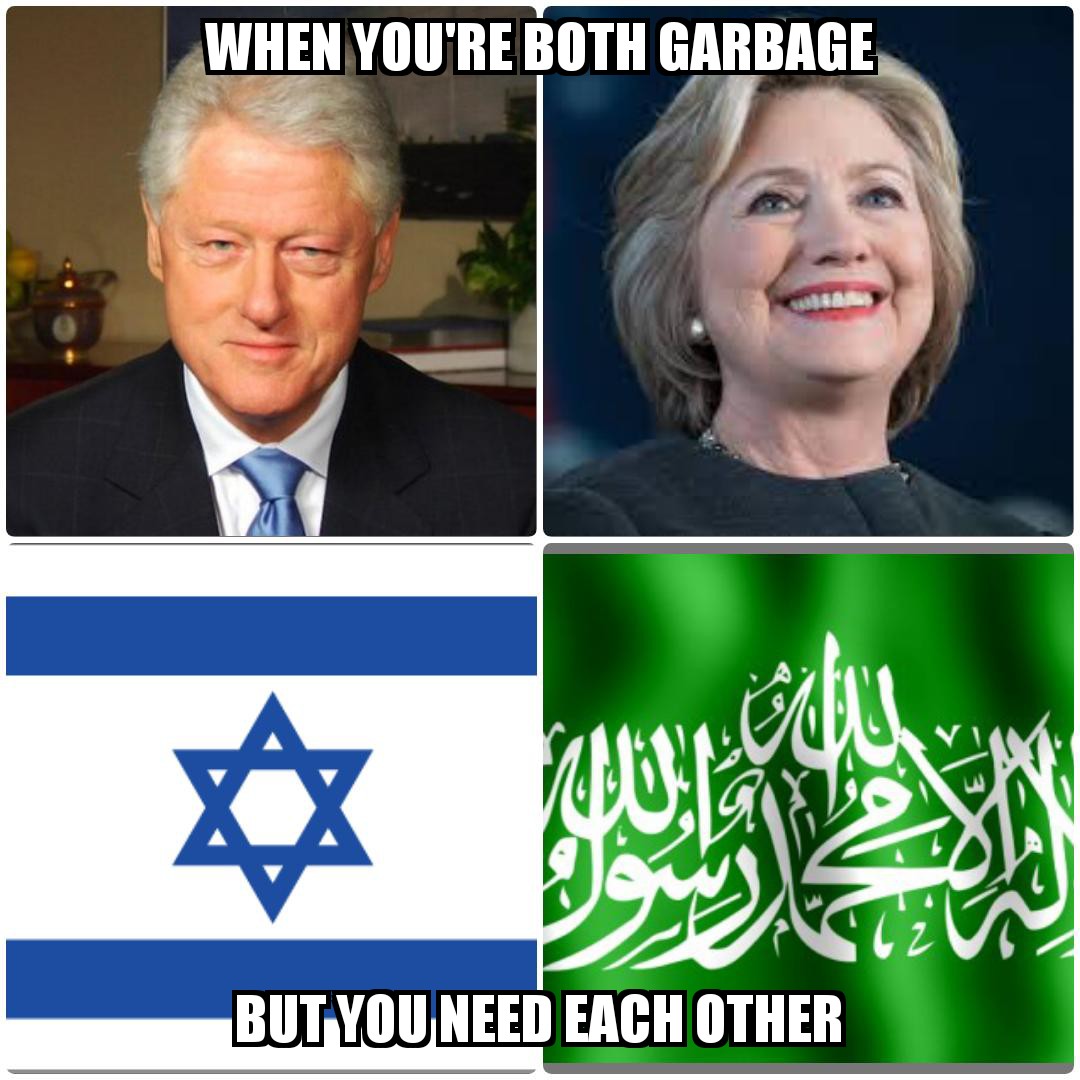 Who is Peter Quinones?

One of 7 or so billion on a rock hurtling through space. Most of my childhood was spent in the Bronx, NY where I learned how to fight and recognize a scam better than a lot of people. I moved to South Florida at 18 and over the next several years learned all of the things I didn’t want to do with my life but thankfully met my wife there. Since 2005 I’ve been in the Atlanta area and this is probably as close to the concept of home as I’ve ever experienced.

Your path to abolition, how did you get there?

I’ve always been a “rebel” but mostly by normie standards which pretty much means I’ve always been an asshole. Up until 9/11, I pretty much didn’t care about the State except for passing glances here and there. 9/11 caused some patriotic and statist feelings in me but I was level-headed enough to realize the wars were bullshit but I still bought into “if you don’t support the wars, how can you support the troops”? Seeing Ron Paul in 2007 say on a debate stage that the best way to support them is to bring them home was eye-opening but I was pissed at myself because of how simple it was and that I didn’t come to that conclusion on my own.

In 2016 I decided to get active promoting liberty on social media and started my podcast in 2017 which led to being approached about producing the documentary, “The Monopoly On Violence” which will probably be the major part of any legacy I’d be fortunate enough to have.

Why can’t the government supremacists and communists meme?

This may be changing at least from the Left’s perspective. A friend recommended I check out /leftypol/ and they are getting good at making memes to attack the Right with. I guess when you adopt an absurd cartoon character, former reality show host as your savior people who formerly had no sense of humor start to get the joke. And, IMO, if someone can’t meme it’s because they have no sense of humor when it comes to politics or anything “serious” so everything comes out like an essay over a picture. Or it just doesn’t make sense which is what rage/anger/frustration produces in people.

Did you ever imagine the communist vision would have the intellectual support and traction it does today in this century?

It’s funny because I’ve been reading a lot of Marx, Trotsky, Lenin and Stalin recently and I just don’t see it. What factions on the Left seem to be advocating for is a watered-down version of Trotskyism that later in the 20th century gets consumed by some far-right fascist movement. The Bolsheviks defeated their enemies because they had a very narrow plan that only included Russia where the recent history of Czarist persecution had made the working-class amenable to their message. And they were brutal. The average Antifa you see on the streets today would be put up against the wall by a Bolshevik as a LARPing incrementalism in the Menshevik tradition of appeasement and begging the throne for scraps. If the violence we see in cities continues, and the local or state governments don’t put an end to it, I see the Feds going in there and crushing them under their feet. From there you will see fascism (of course, another form of collectivism and even socialism) take over and I can’t say that will be much better for the average person who wants to just be left alone.

Is freedom and liberty ascendant anywhere on Earth?

In pockets. If I could move anywhere right now it would be Lichtenstein, Monaco, Andorra or maybe Luxembourg. I’d rather take my chances with a small population and a government/throne that has no real power. At this point, staying in America, the only liberty I see one having is through counter-economics. To get out of the system and earn what you need to live without paying taxes or putting yourself on the government radar. Those who desire real liberty or anarchy are going to have to experience it a piece here and there at a time. The age of Covid should be a signal to everyone that a system or location where anarchy will be the norm, is not going to happen anytime soon.

How did the Movie get started and funded? Will there be an extended director’s cut? Will you do more?

Chris Cofer came up with the idea to do a documentary highlighting anarchism and from the start we planned to show not only the brand that we subscribe to, but all major schools of anarchism over the centuries. Chris approached Robert Beeler first and then I was asked to come aboard. The first interviews were done in February 2019 and the last were done in January 2020. We released it on YouTube June 1st and it is currently in the queue at Amazon.

We crowd-funded it on social media. Facebook and Twitter. We hit our goal in 20 days and thankfully people kept donating because we radically under-estimated what it would take to make this.

There will be no extended cut but every interview will be available in its entirety on our YouTube channel, Stateless Productions.

We are in the planning stages of the next documentary right now but it is slow going as we’re still dealing with the release of TMOV.

Is the video medium a good transmission vector for liberty?

Video may be the best way to communicate right now. Unfortunately, most people have abandoned reading. Documentaries seem to have become very popular on the various streaming platforms so that’s the route we went. I’d hate to say “print is dead” but I can hear it screaming.

What may be the best way[s] to make liberty cool again for the under-40 crowd?

What immediately comes to mind is to reach out to women. If guys see women advocating for liberty they’ll come over and at least listen. Honestly, at this point, I’m sticking with preaching agorism. Some see it as edgy but some may also like the idea of keeping all that they earn. My listening audience has almost doubled since I started talking about it. Maybe those people were already over here but at least it’s something.

My favorite economics book at the moment is “The Seen, the Unseen and the Unrealized” by Per Bylund. He condenses Human Action, Man Economy and State and Samuel Edward Konkin III into less than 200 pages. It’s fantastic. I’m also enjoying reading several books by post-modern philosophers but especially Gilles Deleuze.

In studying the Bolshevik Revolution, I watched three good movies that were about Russia during that time. The 1925 silent movie “The Battleship Potemkin” which is fantastic and based on true events. Nicholas and Alexandra from 1971 gives you a background into Czarist Russia leading up to the 1917 revolution and Reds from 1981 which is the true story of Americans John Reed and Louise Bryant who go to Russia to cover the revolution and end up getting involved. It’s a well-done movie and actually has Maureen Stapleton portraying Emma Goldman who gives the best speech in the movie.

I can only recommend one documentary at this time, mine.

3 thoughts on “Ten Questions for Peter Quinones by Bill Buppert”