Publisher’s Note: I just wanted to thank my readers and supporters for post #500, I opened the ZeroGov blog in July 2009 after being excommunicated from LewRockwell.com by Lew Rockwell.

I have no ill feelings toward Lew, his site, his rules. I still read LRC and appreciate the one stop shopping for the increasingly red-pilled libertarian diaspora that visits there.

So again, thanks to all the readers who have kept this tiny voice in the ‘net wilderness alive.

No ads and no begging for money and whatever landed in the tip jar, I thank you for it.

My title today is a direct challenge to any Democrat politician to deny their party’s enthusiasm for anti-black policies that colored all of their race decisions through most of their history as violence brokers at every level of “office”.

“Upon taking office, Wilson himself fired 15 out of 17 black supervisors in the federal service and replaced them with white people. After the Treasury and Post Office began segregating, many black workers were let go. The head of the Internal Revenue division in Georgia fired all his black employees, saying, “There are no government positions for Negroes in the South. A Negro’s place in the corn field.” To enable hiring discrimination going forward, in 1914 the federal government began requiring photographs on job applications.”

If you haven’t purchased one or ten of these, I suggest you buy one immediately. If these survive the year, I will be shocked. It’s not hard to get a table top mill and a jig and finish your own lower.

I am on episode #141 of ProfCJ’s Dangerous History Podcast and thoroughly digging the journey, I started at #53.

Please keep in mind that every political solution in the history of this country has made you less free and not more free. That is a feature and not a bug.

For Praxis purposes, here is a handy guide to common bullet sizes at Gunforest.

Buppert’s Law of Government: “Any government beyond self-government is naturally a delimiting affair for liberty as the population increases subject to the coercive nature of its institutional rules.”

I have been incommunicado on podcasts since 2015 and look forward to doing them again, here is one of the talks I think I enjoyed the most.-BB 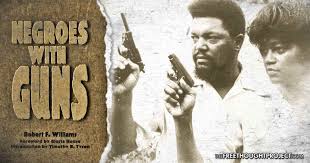 “The balance of power is the scale of peace. The same balance would be preserved were all the world destitute of arms, for all would be alike; but since some will not, others dare not lay them aside.… Horrid mischief would ensue were one half the world deprived of the use of them; … the weak will become a prey to the strong.”

― Stephen P. Halbrook, That Every Man Be Armed: The Evolution of a Constitutional Right

Private weapons ownership and self defense are the most primal and unvarnished imperatives in the human condition, absent these, every man is subject to the whims and fancies of both government and private criminals. Private weapons owners are now discriminated against on a mass basis in schools, restaurants, government buildings and many other public places; segregation works. Democrats are going back to their roots as the creators of such diverse practices and groups as the KKK, segregation on buses and lunch counters, black disarmament laws, lynching and other such social niceties. The Republicans are playing along in their traditional role of willing Mensheviks to the Democrat Bolsheviks.

“Gun control advocates today are not so foolish as to openly promote racist laws, and so the question might be asked what relevance the racist past of gun control laws has. One concern is that the motivations for disarming blacks in the past are really not so different from the motivations for disarming law-abiding citizens today. In the last century, the official rhetoric in support of such laws was that “they” were too violent, too untrustworthy, to be allowed weapons. Today, the same elitist rhetoric regards law-abiding Americans in the same way, as child-like creatures in need of guidance from the government. In the last century, while never openly admitted, one of the goals of disarming blacks was to make them more willing to accept various forms of economic oppression, including the sharecropping system, in which free blacks were reduced to an economic state not dramatically superior to the conditions of slavery.”

Modern gun owners are the new Negro. Private weapons ownership and communism do not mix.

There is no such thing as socialism. That’s just a polite way of saying fuck you. It is all just communism with a smiley face. The socialist hides the gun and the communist brandishes it.

Mike is right, if you’re an individualist and don’t realize you are in a siege, you’ve been asleep. This isn’t about the sophomoric groin tackle and pigmentation identity games played by both left and right and every collectivist malefactor in between. This diversity is superfluous and purposefully buries the individual identity in a tribal costume around the cannibal cooking pot. The actual bifurcation is dead simple: this is a clash between home sapient and homo Sovieticus.

Now we see that the CPUSA v2.0 has passed a Universal Background Check diktat that will criminalize all private transfers of weapons in the USSA and subject them to scrutiny by the designated law imposement apparatchiks. The leadership vermin in the House know the Senate will most likely not pass it and the Mango Mussolini has vowed to oppose it but his trust level on firearms is exactly zero.

As I have mentioned before, it is approximately 700 shopping days until the next collectivist meat puppet shambles into the Offal Office to drool and dissemble on the teleprompter with more bloviations of dezinformatsiya and civilian maskirovka.

The weapons disarmament crowd has been after this since the ink was drying on the evil 1968 GCA. A linkage between a buyer and a firearm and the permanent relationship recorded by government authorities is an awesome tool for future confiscation. They don’t have it yet despite the 4473 requirements at your local unfunded BATFE field office, the nearest gun store, to maintain their FFL records for 20 years. I surrendered my BATF FFL in the early nineties and there was a requirement to turn in all my 4473s on file when I retired the license. They never made it when I tripped and dropped them in the shredder.

I won’t want to bore you with the details but if you read this article and the accompanying comments, you’ll get a good read on the robustness of the database[s] they have now. And if we zeroed out the NICS data and the FFL information, it won’t take much effort to troll and collate the metadata on credit and debit card activity for all gun folks buying parts, accessories and ammunition. Your name and SSN are unique identifiers in the credit card databases that allow the savvy metadata miners to compile a nice fat dossier in no time to flesh out a warrant when the communists decide to go house to house for seizures.

I am guilty of doing just that with internet and credit/debit purchases for weapons related items.

The Red Flag laws growing like truly red kudzu across the legal landscape of the fruited plain have another more sinister component. As the APA has assaulted the precepts of “toxic” masculinity because of the inherent conflict with being governed by communists, the future gun owner will be deemed a mental defective just by his very desire to own private weapons absent permission by his political masters. This APA assault is simply the unmasking of four decades of effort to demonize the masculine opposition to authority, craven obedience and spinelessness in the face of disagreement.

The red flag laws are the pre-crime preamble to wholesale seizure of weapons in the future from the non-compliant and “unordered” opposition to the growth of the state.

The technique is administrative stacking which is a component of the wholesale aggregation of charges against defendants in the federal “just-us” system. Hence the Red flag laws, extended NICS windows for waiting for federal permission, age discrimination and outlawing of private transactions are cut from the same cloth of compliance shopping. 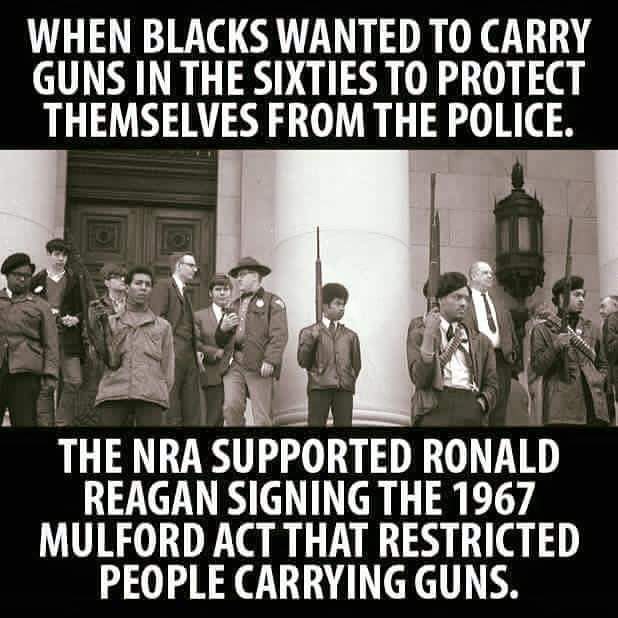 Keep in mind in the 1930s, as communist political violence increased in France, the government required registration of all guns, something that came in mighty handy when the leftist national socialists arrived, but in the European context of the time, was not that surprising or controversial. It was a “common-sense gun safety measure.” Ultimately, all government databases for private weapons ownership will be used for confiscation.

There is no cavalry, there is no band of brothers in the coproach departments littering the landscape who will come to their moral senses, and no GOA death star that will magically zap every federal gun law into oblivion.

Your neighbors and families will turn you in if pushed.

There is no political solution.

“…the Nazis confiscated firearms to prevent armed resistance, whether individual or collective, to their own criminality.”

“The paradigm that government should have a monopoly of small arms implies the surreal normative postulate that citizens—or, rather, subjects—should be treated as the Jews were in Nazi Germany.”

― Stephen P. Halbrook, Gun Control in the Third Reich: Disarming the Jews and “Enemies of the State”