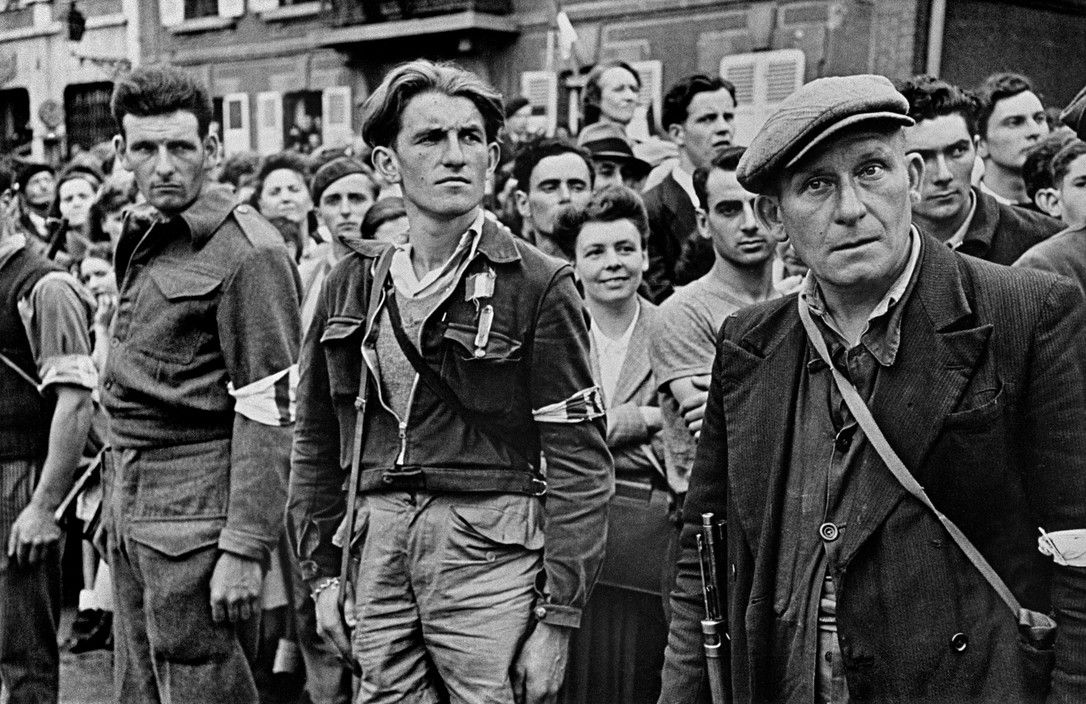 THEY SAY: “Those assault rifles have no sporting purpose. You don’t need a 30-round magazine for hunting deer they’re only for killing people.”

WE SAY: “I compete in DCM High Power with my AR-15. You need a large-capacity magazine for their course of fire. My SKS is a fine deer rifle, and I’ve never done anything to give my government reason not to trust me, blah, blah, blah.” (FLAW: You have implicitly conceded that it is OK to ban any gun with no sporting use. And eventually they can replace your sporting arms with arcade-game substitutes.)

WE SHOULD SAY: “Your claim that ‘they’re only for killing people’ is imprecise. A gas chamber or electric chair is designed for killing people, and these devices obviously serve different functions than guns. To be precise, a high capacity military-type rifle or handgun is designed for CONFLICT. When I need to protect myself and my freedom, I want the most reliable, most durable, highest capacity weapon possible. The only thing hunting and target shooting have to do with freedom is that they’re good practice.”

“When law and morality contradict each other the citizen has the cruel alternative of either losing his sense of morality or losing his respect of the law.”

Publisher’s Note: I hope everyone has had a great holiday with friends and family. I was able to get all my children under one roof this season so I am blessed.

Part I is here.

My youngest son is on leave and he and I have spent some great range time together. He is a phenomenal shooter with reload times that see the spare magazine in the Glock before the ejected magazine hits the deck. -BB 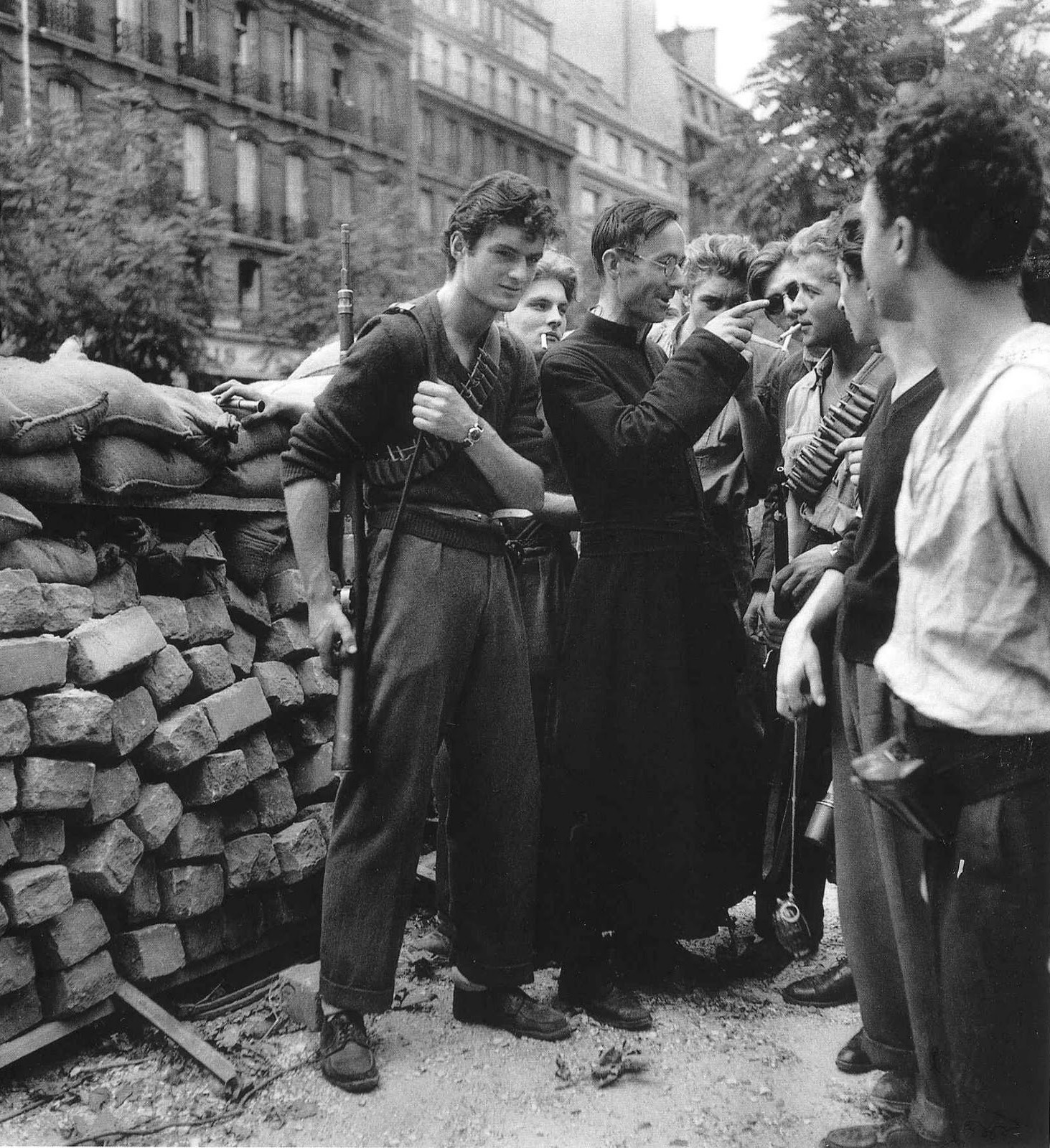 “The downside to gun control is genocide.”

“Later that day [August 31, 1918] the head of the Cheka, [Felix] Dzerzhinsky, and his assistant, Jan Peters, ordered that ‘anyone caught in illegal possession of a firearm will be immediately executed.’ ”

Yes, America is now Vichy France Version 2.0 during the War to Save Josef Stalin. Many Frenchmen resisted the socialist decrees in 1935 (ironically to disrupt communist political violence) to disarm the population but many did and when the German army rolled in, they simply confiscated government registration records and proceeded to round them up. Those that complied had their weapons seized or worse. Registration always leads to confiscation.

You may see an unprecedented assault on private weapons ownership in the near future, the communists are going hammer and sickle after non-government firearms following the path of other western countries in the past century stripping their subjects of the ability to defend themselves against both private criminal and existential government threats. The former being much more remote in probability than violence visited on you by your own government.

That red, white and blue flashing light bar in your rear view mirror when a road pirate pulls you over may be the truest representation of what those colors really mean.

You will note some of the worst excesses of government attacks on private weapons ownership occur under GOP auspices like the Republicans outstripping Democrats for gun-grabbing in the horrific 1968 Gun Control Act, the hoplophobic nonsense in the Orwellian-named Firearms Owners Protection Act in 1986 and Bushevik I banning the import of cosmetically offensive weapons in 1989. Reagan has a long history of denying American subjects the right to bear arms like the Mulford Act in 1967.

Hence the Mango Emperor signing the idiotic bump-stock ban (one can use a rubber band to achieve the very same effect with greater accuracy). And Trump’s extemporaneous fellating of the coproach state by saying seize them first and due process later. So bold, so heroic.

You cannot rely on the GOP to protect firearms ownership; they are naturally wobbly-kneed in ANY rhetorical fight and have an idiotic relationship with the urinalists in the communist press in which they think that this time (this time!), they’ll get the respect they deserve.

There is not a single component of Federal weapons legislation that has any justification beyond regulatory power to deny owning and bearing firearms. Like hate crimes, charging of a malefactor with gun possession does not specifically address the act of committing a crime. It criminalizes possession of a tool and is merely an additional charge for the “just-us” system to stack them high to scare the accused into a plea deal.

As readers of this site know, I can’t make any rational, moral or consequentialist argument for the power much less the existence of the state hence my complete dismissal of the Second Amendment as a bulwark to protect these rights that exist prior to any government approval. That amendment like so many in the fetid Constitution is poorly worded and crafted in a way that encourages ambiguity and “literal interpretation” (a nonsensical notion in which humans are expected to need an interpretive framework for a literal construct). Mind you, the most compelling and elegant argument I have seen for the wording (which should have reversed the clauses) is the following:

“A well-schooled electorate, being necessary to the security of a free State, the right of the people to keep and read Books, shall not be infringed.”

But the rule of law is a myth hence the interpretive frameworks of modern courts will render whatever judgment they wish no matter how insane or illogical the ruling like Zombie Scalia’s “dangerous and unusual” chicanery in Heller and Commissar Robert’s decision on national socialist healthcare being a tax and therefore law of the land.

All perfectly legal and the law of the land despite the base interference with private weapons ownership. You will note in the history of the US, no government body at the Federal level has sought similar prohibitions against its legions of enforcers and coproaches.

David Kopel is a savvy observer of the 2A and wrote this interesting essay in 1999, which has since been superceded by other rulings the cranks on the Supreme Court have issued.

To me, Kopel makes an extraordinarily compelling argument yet if the hundreds of appointees to the “bench” in the Federal judiciary are any indication, logic and morality mean nothing. Pure naked government power and the expansion thereof is the sole expository notion.

Remember that this is a system that has convicted 14 cops of murder since 1914 and the same coproach army has extinguished the lives of twenty thousand Americans since the turn of this century, four time the number of American combatants that have died in new-imperialist shit-pits planet-wide in the same time period.

Every killing by a cop justified. Every one.

Most of those humans were gunned down by government guns.

And now the same political class that approved every one of those appointments is going after private ownership of weapons. And now, those same malefactors in the political class and the apparatchiks in the Deep State are filling their pants over the possession of long guns in the hands of civilians. They want to disarm the population of “assault rifles” which is problematic because the government has already classified assault weapons as selective fire weapons in the 1934 NFA that can send more than one round downrange with the press of a trigger. We saw a similar clusterfuck with the abortive but instructive assault weapons ban Comrade Clinton imposed in 1994 with generous help from the NRA and Republicans.

Normally, I think morality trumps statistics but the numbers are illuminating on long guns and violence.

The curious campaign is screeching to the heavens that the sky is falling yet less than 300 people a year are killed by rifles.

Take a look at this table from the FBI, Table 8 and you note a decline in rifle deaths from 2010 to 2014. You’ll note far more people died from knives, blunt objects and personal weapons than rifles.

But let’s fast forward to 2017. There is an increased trend in rifle deaths hence the media reporting the increase is from 258 in 2014 to 403 in 2017 (this is an uptick caused by the Las Vegas shooting in the same year). Still lower than knives, blunt objects and personal weapons when assessed separately in raw number.. Shotguns are consistently just below the raw number assigned to rifles but the weapons prohibitionists are biting one hand at a time and don’t want to assail the black rifle culture at the same time they come for the Fudds because they know the Fudds are far more accommodating to compromise and surrender on principle.

I’ve taken you on a brief tour of the statistics and you are welcome to browse the databases.

John Lott provides a scintillating analysis of the statistics here.

And yes, America is 63rd in the world in mass shootings despite what Comrade David Hogg claims.

This table breaks down weapons murder by state and rifles account for more than 30 deaths per annum in only three states, one of which is California which boasts some of the most restrictions on private weapons in the US. Handgun deaths dwarf the rifle numbers and we do not know in any of these whether the rifles were broken out between semi-auto and bolt action.

Any reader who has a better source for breaking down the rifle statistics by weapon, please let me know.

So clearly, the numbers don’t account for the hysteria but one thing does, the collectivists both left and right detest the idea of an armed citizenry, especially one armed with the same complement of weapons afforded the armed praetorians protecting the state.

Much like bump stocks, this has nothing to do with harm to the political zookeepers’ Helots across the vast and fruited feedlot known as America. This has everything to do with what government has done for thousands of years, control. And they don’t want their precious standing army of coproaches outgunned in the future.

We have many things in our favor as far as confiscation; compliance even in the most benighted and socialist states has been abysmal. The astonishing ignorance not only of the state stenographers known as journalists but the technical branches of the enforcement agencies who should know better beggar belief. Think faster than those who wish to disarm you.

We also know that the narrower the terms of a law and its associated regulatory tentacles, the more loopholes created.

Take heart that the time ahead will be sporty and the more pushing by the government the more creative the resistance.

Use the temporary interregnum while the Mango Emperor is in charge to buy more of everything: ammo, weapons, equipment and all the associated accouterment needed for darker times. 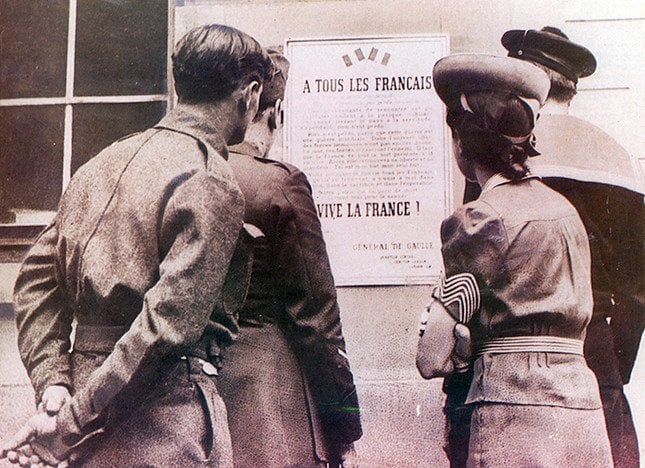 10 thoughts on “No. Their Cold Dead Hands. Part II by Bill Buppert”