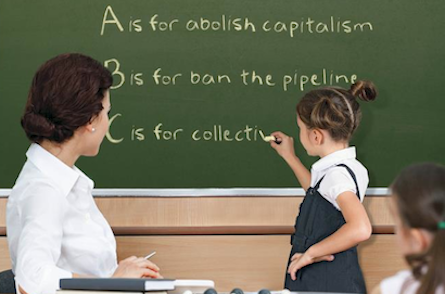 “I’ve noticed a fascinating phenomenon in my thirty years of teaching: schools and schooling are increasingly irrelevant to the great enterprises of the planet. No one believes anymore that scientists are trained in science classes or politicians in civics classes or poets in English classes. The truth is that schools don’t really teach anything except how to obey orders. This is a great mystery to me because thousands of humane, caring people work in schools as teachers and aides and administrators, but the abstract logic of the institution overwhelms their individual contributions. Although teachers to care and do work very, very hard, the institution is psychopathic — it has no conscience. It rings a bell and the young man in the middle of writing a poem must close his notebook and move to a different cell where he must memorize that humans and monkeys derive from a common ancestor.”

– John Taylor Gatto, Dumbing Us Down: The Hidden Curriculum of Compulsory Education

Publisher’s Note: Buy weapons, ammunition and equipment while you still can.

Even here in the Arizona, our morally stunted Apparatchik Governor, fondly known as Il Douchey, is proposing a raft of weapons prohibitionist nonsense. It’s precious that one of his Orc Chiefs, Napier, in Pima County is spouting the “Only Ones” mantra. Here’s the qualification for a coproach to carry his weapon and shoot Helots in AZ:

Once a year for “each weapon system used in an official capacity”? And  how many tries do they get?

OK, and what is it they get three tries to do?

Assuming we’re talking handguns, there is a revolver course you can check out, but for our purposes, let’s assume semi-automatic handguns are the more likely choice.

Timed stages at 25 (seven rounds), 15 (12 rounds), seven (19 rounds) and three (12 rounds) yards? Shooters have to manage their ammunition and perform a few reloading/malfunction drills? “Five points for shots within the designated scoring area (center of mass or head)” and a minimum of 210 points out of 250 maximum?

So basically they get three chances to get a “B” and there’s nothing to stop those with the initiative from doing as much practice as they need in advance?

I thank the Gods every day that most coproaches are the poor marksmen that they are.

Pay attention to what is going on around you. I have an amusing response to the spoke-budgies and the “spontaneous” protects against the private ownership of firearms: get a sign that simply reads: “NO”.-BB

In case you didn’t know it, the primary reason the state owns the K-PhD education path happens to be the handy indoctrination of future subjects to be imbecilic, dependent and devoid of any critical thinking skills. The other reason is a convenient way to launder hundreds of billions of dollars through the education subsystem in subsidies, loans and grants.

Much like the pathetic and deadly Veterans Administration, the system is designed to enstupidate and philosophically sedate its clientele. In the case of education, to surgically transfer the brain-case from the individual to the state. Gatto infers adroitly: “In our secular society, school has become the replacement for church, and like church it requires that its teachings must be taken on faith.”

All statists are religionists for whom their idol and focused religious prostrations is the power of the state. Once you ask them to Socratically drill the substance of their assertions, they quickly fall dumb and mute. There is a reason that journalism and teaching are four (five?) year degree programs that prepare one to simply be a stenographer or spokes-parrot for the state.

The cherry on the colossal cake is the majority of the “workforce” is unionized and government supremacist in its orientation. I put workforce in quotation marks because the dirty little secret is that teachers work very little throughout the day. Like so many unionized zombies, the return is quite disproportionate to the legend espoused by the usual suspects in the government/media/education complex.

One of those wonderful government contraptions where the more money poured into the system the worst the performance. Mind you, this is from the alien perspective that functioning and mature human beings are the end-product of the indoctrination camps but alas the true reason they exist is imperial conditioning to create lifetime robot-serfs for state ambition.

The yellow submarine fleet of buses nation-wide drains about 15 billion out of the economy. The average cost is approximately 1000 debt-bucks per student per annum but one must always be suspect of the accuracy of government reporting. Because parents driving their urchins to school or private van-pooling would be too hard.

The Organization for Economic Cooperation and Development published findings in 2013, part of a 440-page tome of statistics, put the United States’ spending on its human zoo animals in context.

The sheer dead “investment” in real estate, physical plants and sheer administrative expense boggles the mind. This lovely gem shows that the US expends over 630 billion a year. This fails to capture one of the all-time greatest scams of big government – the bond.

We recently had a bond vote in Oro Valley Arizona to build sports fields for 17 million dollars but the total debt would have topped out at 32 million once the assumed debt was satisfied. A mere illustration for the constant bombardment on an annual basis in your local areas where the education hustlers are constantly trying to get the voters to sign on to even more debt.

If it weren’t for spending on education in America maybe we would have colonized the solar system by now.

There are now 13, 588 school districts in the US. All of these districts tend to have more than two schools assigned to their tender mercies.

But the sheer scale and mass of the “higher” education complex in freshman to PhD factories in the US is staggering, not only are the wrong people attending, too many attending, not only is the wrong curricula (a polite term for what passes as advanced pedagogy). According to data from the Federal Reserve, the total amount of student debt in the United States is now $1.5 trillion. What’s probably even more bizarre is that the US government actually owns about 70% of those student loans– a total of $1.06 trillion; it owns this debt to float as an assets in what is in thinking fiscal circles a liability.

The bottom line is that if you are not a STEM aspirant, your college education is worth worse than zero and the idiotic parents who float the notes for their urchins to attend get a Marxist robot in return with the cognitive skills of an electric eel, a rounded C-spine and zero initiative. One would suppose the elites would object to having a workforce so intellectually beggared that they can’t fix a car, dial a rotary phone or show up on time would be a detriment to the future tax dollars they can rob from high income earners but that would be assuming the elites can think that far ahead.  But imperial conditioning has its own curious internal logic to create compliant and weak-minded human hybrids who do what they’re told and don’t have the sand to oppose their rulers.

If you send your child to school from the pre-school nonsense to the university system, you are likely condemning your progeny to a life of crippled intellect, morally corrupt philosophy, indoctrination, and crude brain-washing.

In college, they will spend far more time absorbing the current milieu of aging communist milksops droning on about the joys of government supremacism, the efficiency of collectivism and the pro-death mind map that is modern political dialog in the universities (certainly not hetero-versities). The credentialed dons in the academy demand a tolerance for the physical attributes of their rainbow worldview in pigmentation and sex tackle between the legs (although the trans movement is going make for an interesting cat-fight with feminists) but demand a monochromatic communist worldview that would make Stalin blush with envy.

“Independent study, community service, adventures and experience, large doses of privacy and solitude, a thousand different apprenticeships — the one-day variety or longer — these are all powerful, cheap, and effective ways to start a real reform of schooling. But no large-scale reform is ever going to work to repair our damaged children and our damaged society until we force open the idea of “school” to include family as the main engine of education. If we use schooling to break children away from parents — and make no mistake, that has been the central function of schools since John Cotton announced it as the purpose of the Bay Colony schools in 1650 and Horace Mann announced it as the purpose of Massachusetts schools in 1850 — we’re going to continue to have the horror show we have right now.”

– John Taylor Gatto, Dumbing Us Down: The Hidden Curriculum of Compulsory Education 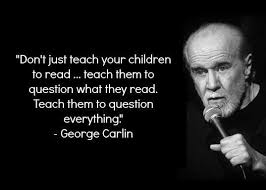