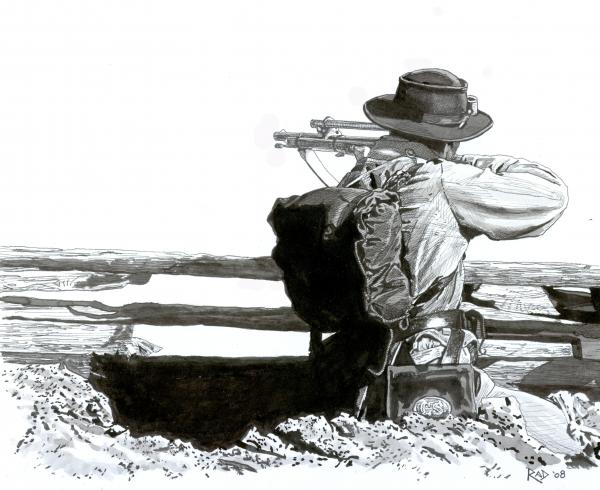 “And how can man die better than facing fearful odds, for the ashes of his fathers, and the temples of his Gods?”
– Thomas Babington Macaulay

Over 98% of all mass shootings in the USSA since 1950 have occurred in gun free (victim disarmament) zones where the government mandated private disarmament or corporate entities that licked the foul taint of the government to mimic compliance. For the shooters, bringing a gun in a government certified “gun free zone” guaranteed a rather hazard free opportunity to maim and kill as many disarmed humans as they wished or found the time for.

The FBI apparatchiks define a mass shooting as four or more people killed and/or injured during a single shooting incident, and that definition typically is widely accepted by law enforcement agencies, criminal justice experts and the media. One can see the NYPD providing a demonstration here when they shot nine bystanders while trying to apprehend a shooter. Please note that the geniuses in the thick black and blue line charged the man they were shooting at with the casualties.

The FBI has never been a law enforcement arm to protect Americans, its primary charter is similar to the Nazi and communist house security organs to ride herd on the feedlot known as America. Its primary purpose is political fixing and national security state advocacy. The latest kerfuffle with Comrades Comey and Mueller are simply the latest manifestation of the disease vector.

The latest shooting that has the collectivists filling their pants with glee at the prospect of further eroding the tools available for the final push to full communism in the USSA. You’ll note that the overweight but well turned out black and blue line didn’t enter the school until the shooting stopped.

I also suppose that many illegal drugs were freely available at the government mind laundry if one needed to purchase these besides the psychotropics administered by the schoolags themselves. Somewhat takes the wind out of the sails of the gun prohibitionists hoping to keep illegal cargo out of the schools.

The darlings need to get home to their roach motels at the end of their shift.

It’s always amusing to see the nation’s largest boosters of infanticide shedding crocodile tears over the loss of larval stage humans in the indoctrination centers.

The Bolsheviks smell blood, the Amphibian will sign anything that comes across his desk in the Offal Office and the cute Menshevik couple, Mrs. And Mrs. Ryan-McConnell will deliver the hoplophobic goods.

The GOP has never been a friend of private firearms ownership. Ever.

The NRA has been crafting weapons prohibition and restriction legislation since they first started suckling Congressional members in 1934. Karl Frederick, NRA President in 1934, during congressional NFA hearings testified “I have never believed in the general practice of carrying weapons. I seldom carry one. … I do not believe in the general promiscuous toting of guns. I think it should be sharply restricted and only under licenses.”

Further: “I believe in regulatory methods. I think that makes it desirable that any such regulations imposed should not impose undue hardships on the law-abiding citizens and that they should not obstruct him in the right of self-defense, but that they should be directed exclusively, so far as possible, to suppressing the criminal use, or punishing the criminal use of weapons.”

Fuck you. There, I translated his homage to gun rights in America.

No more gun laws please and erase every one on the books now. That’s a good start.

If you believe in the untrammeled possession of weapons, you don’t have a single advocate in the Feral government.

Every one of these cretinously slimy collectivists believe in the abolition of private weapons ownership.

I will bet that you will no restrictions on the government ownership of weapons and profligacy thereof among its badged Orc hordes and praetorians. I will leave it that the rest of the ‘net commentariat to detail the Keystone Kops misdeeds of the fabled FBI and its tentacled political police organs.

I thank the Gods every day that the constabulary from the local nests to the federal infestations are so markedly obese, low IQ and poorly trained gunmen. If it were otherwise, we’d be in much worse shape.

Always rely on the government to overplay its hand and not extrapolate the second and third order effects of its continuing appetite on reducing the American continent to a well-funded USSR doppelganger.

They can’t help themselves.

Politicians are violence brokers by any true name but they are loath to give the Helots any means to defend themselves and not be dependent on the government supremacists and all of their apologists in academia and the media.

Keep in mind that before the divorce proceedings heated up with the King Loon in London in 1775, artillery was privately owned and it touched off the conflict with the confiscation of arms.

And no, I never bother to use the Second Amendment as a bolster to gun rights since it has been spitted, sundered and bed-ridden since 1934.

Most federal gun laws are found in the following acts, all with the dead hand stamp of the Supremes and the other Nazgul elements in the “just-us” system.:

Don’t waste any time, not a minute, being obedient herd animals and contacting your local zookeeper and begging for your Gods-given rights.

Buy every component of weaponry, ammo, tools and training you can lay your hands on. Keep in mind that the very best storage modality for ammunition isn’t ammo cans but magazines.

Make your peace with whomever you suppose created you.

I’ve said it before:

“Seneca again speaks to the tranquility of acceptance of life on your own terms even if it means certain death: “Refuse to let the thought of death bother you: nothing is grim when we have escaped that fear.” He goes on to say: “Rehearse death. To say this is to tell a person to rehearse his freedom. A person who has learned how to die has unlearned how to be a slave. He is above, or at any rate, beyond the reach of, all political powers.”

Blame whomever you wish for our troubles from your parents to the Founding Lawyers that wrested the freedom the Anti-Federalists offer and turned it into the witches brew of a commie clusterfuck you live in today.

What have you done for your children lately?

“Life is slavery if the courage to die is absent.”

16 thoughts on “Liberty’s Teeth: Arms and Freedom by Bill Buppert”