Publisher’s Note: I have given up on Maxpedition products and will no longer be using them and phasing them out of all my kit. Their warranty service is abysmal. Two former employees started Vanquest and their gear is bullet-proof an built to last. I subscribe to Build It For Life (BILF) and they back their product 100%.

It struck with the latest shell game in modifying the tax plantation code. It goes without saying that most sober observers would grok that lower corporate tax rates lead to lower prices on goods and services in a modestly competitive environment and all the usual collectivist suspects were mewling and caterwauling about breaks for the rich. Even they would know better if they considered it. But there is a reason. They never assume any of the government produced fiat currency is anything more than a temporary loan to the Helots laboring in the vast feedlots known as America. The zookeepers don’t want a dime repatriated to the hapless laborers. They have so internalized the state, it is outside their moral imaginations to understand that one’s toil and wealth belongs to the individual.

Another reason the collectivists can’t meme worth a shit.

I hope you make the best of 2018 to get your life in order and get into fighting trim and attend to your affairs responsibly for the coming Endarkenment. The reign of the Amphibian in the Offal Office may have provided a temporary interregnum to get your tools and skills in order -BB 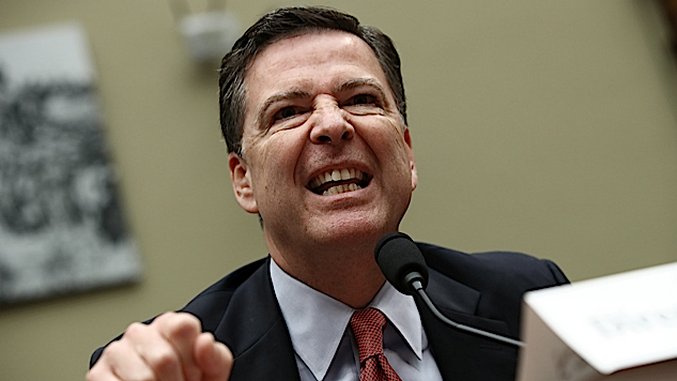 “The most incendiary element of the stolen documents was the existence it revealed of a programme called Cointelpro – or Counterintelligence Program – a massive effort by the FBI to infiltrate and disrupt the peace, civil rights and black power movements and put many of their leaders under surveillance. One notorious letter sent by the FBI to Martin Luther King contained materials relating to his extra-marital sexual activity intended to blackmail him into suicide, with a note that said: “King, there is only one thing left for you to do. You know what it is.”

If you have just got “woke” to the coproach infestation that has reached crisis proportions in the last decade(s) you are late to the party, Coppertop.

Here’s a breathtaking observation from the University of the Intuitively Obvious: no government on Earth can function absent an overt and covert policing modality. It has never happened.

All the propagandistic fairy tales that have infused your education and media exposure on the “good cop” fantasy are just that. The only way for the cops to go after bad guys is for the Internal Affair apparatchiks to do their job.

You may have anecdotal evidence of nice interactions with officer friendly but in the end, that cop will do what he is told by his political masters and ring your bell and snuff your life if you disobey it.

So I wanted you to have what I am going to call the William N. Grigg Memorial Reading List.

I intend on working my way across the spectrum of policing activities in the USSA over the next few months. The Oprichniki’s seven year reign under Ivan IV in Russia resulted in tens of thousands of maimed and murdered Russians. Like the 5th CSU in the Philippines, the Greek ESA, the Cambodian Santebal and others in the rogue’s gallery of government policing, they were ruthless servants of their political masters much like the unveiling of the FBI in recent months who have continued a long tradition of political infighting and king-making. We are lucky the last 24 months have seen the Stooges inspire much of their shenanigans and even the most rabid police supporters are starting to cast a gimlet eye at the dim apparatchiks in America’s NKVD hybrid.

Let’s review a delicious list of scandals under Comrade Comey’s tenure as the Amerikan NKVD Director:

Here are 10 of Comey’s biggest embarrassments at the FBI:

1. After Dylann Roof killed nine South Carolina parishioners in cold blood, James Comey admitted that an error in their background check system allowed Roof to legally buy his gun. “We are all sick this happened,” Comey said of the massive screw-up.

2. Shortly after the NSA scandal exploded in 2013, the FBI was exposed conducting its own data mining on innocent Americans; the agency, Bloomberg reported, retains that material for decades (even if no wrongdoing is found). This is particularly ironic since Comey largely launched his political career by aligning himself with Sen. Schumer during the Bush Administration, making himself known as an opponent of a controversial surveillance program.

3. From 2013-2014, the FBI authorized informants to break the law more than 11,000 times, a steep increase from the years prior; these allowances, which the FBI calls “otherwise illegal activity,” is part of a controversial program that has been accused of resulting in the accidental death of many informants (amongst other unanticipated consequences).

4. Comey made an embarrassing gaffe during a speech at the Holocaust Memorial Museum in Washington, D.C. in 2015, when he suggested Poland was an “accomplice” to Nazi Germany during the Holocaust. The comments angered America’s allies in Poland, whose foreign ministry summoned the U.S. ambassador for reprimanding. The ambassador, Stephen Mull, later apologized on Comey’s behalf.

5. When the FBI demanded Apple create a “backdoor” that would allow law enforcement agencies to unlock the cell phones of various suspects, the company refused, sparking a battle between the feds and America’s biggest tech company. What makes this incident indicative of Comey’s questionable management of the agency is that a) The FBI jumped the gun, as they were indeed ultimately able to crack the San Bernardino terrorist’s phone, and b) Almost every other major national security figure sided with Apple (from former CIA Director General Petraeus to former CIA Director James Woolsey to former director of the NSA, General Michael Hayden), warning that such a “crack” would inevitably wind up in the wrong hands.

6. In 2015, the FBI conducted a controversial raid on a Texas political meeting, finger printing, photographing, and seizing phones from attendees (some in the group believe in restoring Texas as an independent constitutional republic).

7. During its investigation into Hillary Clinton’s mishandling of classified material, the FBI made an unusual deal in which Clinton aides were both given immunity and allowed to destroy their laptops.

8. Before Comey’s tenure, the FBI came under attack for not taking seriously enough the threat from terror suspects they interviewed. The FBI interviewed Tamerlan Tsarnaev but let him go; Russia sent the Obama Administration a second warning, but the FBI opted against investigating him again. Earlier, the FBI had possession of emails sent by Nidal Hasan saying he wanted to kill his fellow soldiers to protect the Taliban — but didn’t intervene, leading many critics to argue the tragedy that resulted in the death of 31 Americans at Fort Hood could have been prevented. After Comey took over, the sae unfortunate trend continued. The father of the radical Islamist who detonated a backpack bomb in New York City in 2016 alerted the FBI to his son’s radicalization. The FBI, however, cleared Ahmad Khan Rahami after a brief interview.

9. The FBI also investigated the terrorist who killed 49 people and wounded 53 more at the Pulse Nightclub in Orlando, Fla. Despite a more than 10-month investigation of Omar Mateen — during which Mateen admitting lying to agents — the FBI opted against pressing further and closed its case.

10. CBS recently reported that when two terrorists sought to kill Americans attending the “Draw Muhammad” event in Garland, Texas, the FBI not only had an understanding an attack was coming, but actually had an undercover agent traveling with the Islamists, Elton Simpson and Nadir Soofi. The FBI has refused to comment on why the agent on the scene did not intervene during the attack.

What I wanted to demonstrate is that none of this is new and the agency has been a political secret police force since its birth.

If you read one book from the list, read The Burglary: The Discovery of J. Edgar Hoover’s Secret FBI.

The victim designated by the political class was serviced by Hoover who targeted with all the federal assets he could commandeer:

“Judge Fisher permitted the defendants to explain how their opposition to the war had caused them to commit an act of resistance. He also permitted them to call as witnesses a wide range of people who supported resistance to the war, including both Daniel and Philip Berrigan. One by one, defense witnesses spoke of resistance to the government’s war policy as an admired virtue central to understanding of American history and to maintaining a just society. One of the surprising witnesses was Major Clement St. Martin, the commander of the New Jersey State induction center in Newark from 1968 to 1971. Files under his control had been destroyed by the defendants. Nevertheless, he testified in their defense.He said he had become completely frustrated after years of making futile complaints through appropriate channels about the gross corruption in the way the draft forced the sons of the poor to serve in Vietnam and released the sons of the rich and sons of state and federal officials from service. His frustrations had grown particularly deep, he testified, in 1969 when a “very high” Selective Service official, responding to complaints filed by the major, told him, “Mind your business. We have twenty million animals to chose from.”

Enemies: A History of the FBI

“The Bureau had no charter—a legal birth certificate from Congress spelling out its role. It had never had one. It still does not.”

The Burglary: The Discovery of J. Edgar Hoover’s Secret FBI

In late 1970, a mild-mannered Haverford College physics professor privately asked a few people this question: “What do you think of burglarizing an FBI office?” In remarkable detail and with astonishing depth of research, Betty Medsger reveals the never-before-told full story of the history-changing break-in at the Media, Pennsylvania, FBI offices. Through their exploits, a group of unlikely activists exposed the shocking truth that J. Edgar Hoover was operating a shadow Bureau engaged in illegal surveillance and harassment of the American people.

The FBI use of COINTELPRO to undermine the civil rights movement.

The COINTELPRO Papers: Documents from the FBI’s Secret Wars Against Dissent in the United States

Read the primary source documentation to get a taste.

And never, ever talk to the police.