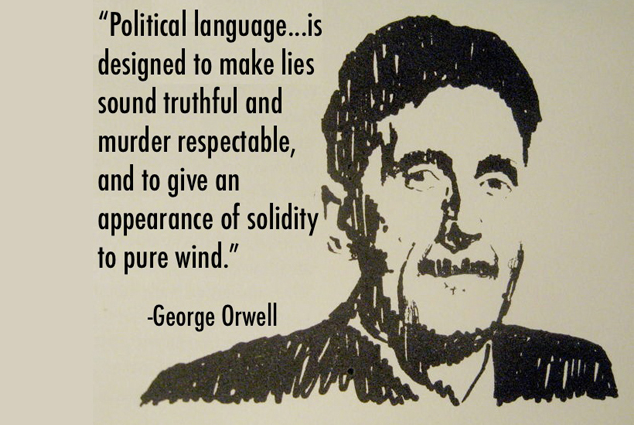 Publisher’s Note: I can’t disagree with Trump on any reduction or nullification of any agency. Gut them all.

But his virtue signaling by embracing the coproach, wanting to increase the military industrial complex by enormous amounts and a war on recreational marijuana is no sign or harbinger of either fiscal sobriety nor recognition of the superiority of localized subsidiarity.

The most instructive lesson divined by the brief half-life of the Trump ascendency is the collectivists, the deep state and its media apologists have drawn the curtain and dropped the veil on their desires. The naked sublimation and destruction of individualliberty is job one for these creatures.

My fear was more of the same and I loathe being right.

Use your time wisely to prepare for the continuing Endarkenment because there is no stopping it. Consider this a pause to gather your family, increase your preps, continue training, refine your armory and get ready for the path ahead which will demand not only your life but will determine just how free your children may be. -BB

“All political thinking for years past has been vitiated in the same way. People can foresee the future only when it coincides with their own wishes, and the most grossly obvious facts can be ignored when they are unwelcome.”
– George Orwell

We all experience the world through the shared stories and anecdotes that illuminate who we are and where we come from.  Our educations, both formal and informal, drive the worldviews we develop over time.  These are influenced universally by the transmission mediums we listen to or read about.  Whether we are reading books (an increasingly uncommon practice), watching television, interacting on the internet or engaging in conversation with friends and family, all of these activities consistently and irrevocably develop and refine the way we view the world around us.  First and foremost, our language and employment thereof has the most significant impact on us.  I do not want to bother with the noxious collectivist apologias familiar to the deconstructionists like Chomsky and Foucault who profess that literary texts and contemporary conversation are freighted with the various Politically Correct bugbears like race, class and gender which to me is a neat but erroneous substitute for thinking things through.  But they do make an important point:  our language, in this case, English, informs and prejudices cogitation in an unconscious fashion that can short-circuit clear and conscious thinking.

For example, prior to 1860, the use of the phrase “the United States are” was far more common than the post-1865 notion of the “the United States is”.  Mark Twain “observed that the Civil War was fought over whether ‘United States’ was singular or plural”.  Some attribute this to Basil Lanneau Gildersleeve, Professor of Greek at Johns Hopkins University, who wrote in 1909 that:

“[I]f I chose (sic), I might enlarge on the historical importance of grammar in general and Greek grammar in particular. It was a point of grammatical concord that was at the bottom of the Civil War – “United States are,” said one, “United States is,” said another.”

The genesis of a bloody and, in the end, inglorious conflict may have been a dispute over grammatical construction, which informed the consciousness of millions.

The larger point is that a lack of specificity, introspection and careful use of language after a consistent regimen of critical thinking can turn entire peoples into Helot populations subject to the vicissitudes and grasping of their rulers.

Friends surround us day after day, family and neighbors who have become wholly-owned combines of the State through the brilliant manipulation of the government media-education complex and its tentacles grasping at the articulation and meanings of words in our culture.

Here are a few examples:

These are all crimes against the moral imagination because, in the end, what folks are actually saying is what level of violence must I employ against others against their will to force the surrender of their time and resources for my benefit?  There are no other explanations. Yet that is the foundational concept behind the lion’s share of the narrative framework in America.  Narratives and meta-narratives are the stories and legends that inform why people (and nation-states) do what they do.

These are the historical motifs like anyone can be president in the United States or one can become a millionaire if you simply work hard enough in America.  During the last four terms of Bushevik II (2001- Present), the former is unassailably true.  Will Trump be the fifth term, time will tell but it certainly looks like the more things change, the more they remain the same.

The latter not so much after taxes are accounted for.  Most of these narratives are works of fiction founded in a nugget of truth.  For a variety of reasons to include human laziness and insecurity, the idea of living at your neighbor’s expense against their will has become the foundational characteristic for the American culture at large.  One finds small enclaves of libertarians, Free Staters and Rothbardian anarchists who think the exact opposite but they do not have tremendous influence on the culture at large nor is the majority of the population subject to believing that a non-slavery system will be superior to the tax/regulatory slave system currently popular around the globe.

Let’s be clear on the meaning of slavery, it is the means by which another person other than the individual has discretion on the use of that person’s time and resources absent a contract.  I am a skeptic of the notion of wage slavery but not of tax and regulatory slavery.  Our rulers can usually excuse the most barbaric excesses with a simple phrase:  “through lawful authority”.  I can certainly be homeless and avoid work and the concomitant burden of taxes and regulations but as soon as I am employed in an above-ground economy job or enterprise, the sky will darken while regulators and tax collectors parachute in.

One can play the legal definitional standards all you want and they are written by the government after all.  The bottom line is that I am supposed to have given implied consent to participation in the job market and having more than sixty percent of my earnings taxed, a hundred percent compliance with the ocean of regulations that drown and harass productivity in this particular tax jurisdiction known as America and be responsible for having intimate knowledge of quite literally yards of Federal Regulations on a bookshelf.

I would venture to put the tax burden at 100 percent.

Implied consent is nice legal fiction like the fabled and false “rule of law” to get around the troublesome annoyance of a formal signed contract.

The American narrative is bended knee to constituted authority on pain of fining, kidnapping, caging, maiming or death if one deigns to disobey.  Notice I use more realistic terms than arresting or jailing so I don’t put a happy face on the horrors visited on tens of thousands of non-violent Americans every month by the police who are the enforcers for the Helot system in America.  This is not the land of the free and home of the brave, it is the land of the Helot and the home of the Vichy collaborator.  This is a country that prides itself on the Big Lie.  We thank veterans for keeping us free yet we have NEVER been threatened with invasion by a formidable power since the end of the War of Northern Aggression in 1865. American government-sponsored imperial wars abroad and support of noxious regimes has made not only Americans more threatened by our own government but given tremendous impetus to the number of entities which wish to wreak vengeance for the death and destruction we have visited on their countries abroad.  Whatever one thinks of the anniversary on 9/11 coming around the corner, the case for reaping what we have sown is much more robust after we have visited so much violence on the brown people of the planet.

We are told that taxes are the price ones pays for civilization yet the government employs the practice of initiated violence against its subject population to enforce its will, a hallmark of barbarism if there is any.  Don’t believe me?  Stop paying your taxes to any level of government and continue working.  Don’t pull over when the armed revenue agents’ vehicle lights are flashing in your rear-view in your car on your government roads with your privilege license.  Refuse to submit to arrest.  Own any firearm you wish even it violates one of the 271 major Federal firearms laws.  We could go on.  Yet most of your fellow subjects will grumble but will vociferously defend the most outrageous and stupid laws on the books as the price of freedom.  What?

Fix your language and your worldview.  I recently penned an essay where I equated ALL police activities in America as terrorism and used the government’s own definitional standards to buttress the case.  Terms like officer safety are ludicrous because on closer examination it means the citizens’ lives are always subservient to that of the very Thin (Black and) Blue Line charged with protecting the cattle milling about the country.

Stop falling into the linguistic trap of Orwellian doublespeak the government is so fond of.  Here is a short list of linguistic reality:

The list is practically endless.  Your job is to cleanse your intellectual palette of all the flotsam and jetsam the government media-education complex has delivered since the Founding of the tax jurisdiction known as America and see it for what it is.  Once you have liberated your mind of the propaganda backwash and the silly euphemisms, you start to see what you have missed.

You live in a nation whose very functional basis is theft from the producers to subsidize those who have not earned what they receive. A country so choked by regulation and economic distortion that it has literally committed economic seppuku.  A country whose per capita prison population is the highest in the world and dwarfs the political and criminal inmates in the Gulag under the worst of the other Soviet Union in Eurasia.  It is too big not to fail.

The end is nigh.  We are wholly responsible for what rises from the ashes of a dead America.

“I find it difficult to believe that words have no meaning in themselves, hard as I try. Habits of a lifetime are not lightly thrown aside.”

2 thoughts on “Language is Destiny: Free Your Mind and the Rest Will Follow by Bill Buppert”