Publisher’s Note: I want everyone to play close attention to revelations surrounding Comrade Comey and his Stasi antics in protecting the Clinton crime family and by extension the entire sordid structure of the American political class. The FBI has always been a state security service for protecting the expansion of power of the government much like the NKVD and KGB. Some may scoff at such a comparison and point to the “political” nature of the Russian security apparatuses but a reflective human would adduce that all malum prohibitum crimes are by their nature and implementation political transgressions.

I officiated the marriage of my middle son, Connor, in north Idaho this month and it was great to get the clans together. Yes, I am an ordained minister and Asatru gothi.

I am fortunate in that all my new in-laws are close friends and two of our children have married classmates who were home educated with them in our tight little private education community. Chloe and Connor have known their new spouses since they were 12 and 10 respectively. None of them have darkened the halls of a local mind laundry.

All my boys are native-born abolitionists and accomplished marksmen.

On a lighter note, I recently got a T-shirt from Wry Guys and some cool patches from the clever lads at 144:1. I accept no advertising at this site but will recommend folks occasionally who I enjoy commerce with. -BB 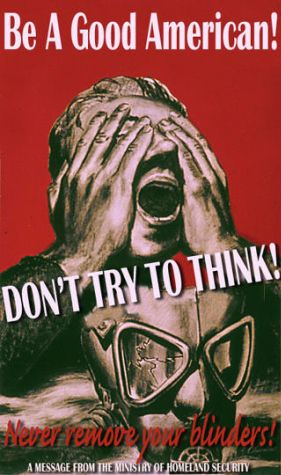 Politicians have become so bullet-proof that they can do anything and still get away with it. Anything.

Both candidates for the Offal Office are uniquely unqualified to be human beings much less lead others against their will. Your own confirmation bias and intellectual filters will reveal your predisposition for you. Think of the colossal conceit that informs having a unitary body of apparatchiks having the ability to push around who they wish and ultimately get away with caging or killing the unwilling. Despite the colored rags, bad music and obedience training in the mind laundries, this is the raw reality behind the US government and its state satraps.

Strip the theater and sound and fury of the Kabuki known as American politics and you discover just how much you have surrendered in the process. You have quite literally slipped a leash around your neck, fastened the manacles to your limbs and abide by a contract that let’s your precious government tax, regulate, fine, kidnap, cage, maim or kill you as they wish and you will simply have to be satisfied with whatever condition you and your kin end up in.

99 years ago the Bolshevik revolution weaponized Lincoln’s government supremacist fever-dream into a blood-soaked reality in which the state became the supreme arbiter of every aspect of a human life. In this progressive utopia, the worst aspects of Tsarist authoritarianism was harnessed to the new scientific miracle of government ownership and regulation of everything. That particular experiment sort of died in 1989-91 and the Russians get the silver medal in the collectivist Olympics since the US version has managed to hang on to its iron grip on power.

At the beginning of the twentieth century all the usual government apologists both left and right scurried about and erected their Rube Goldberg machines to make plantation ownership easier to administer for a few political talking heads in league with their legions of flying monkey bureaucrats.

In the 18th century when the Constitution was fashioned in the coup in Philadelphia in 1787, Hamilton and his totalitarian architects lacked the bureaucratic reach and accountancy technology to use taxes as a weapon of compliance and expansion but that would change over time as Amendments were passed to expand the power of the central government. The 13th Amendment technically removed chattel slavery and the 14th Amendment rebranded the anachronistic chattel system in the new and fashionable clothing of fascism. The marriage of emerging technology with vertical and horizontally controlling the behavior of private business and individuals allowed the exponentially expanding monster in DC to establish a total control. Lenin and Stalin’s heavy-handed shortcut to expropriation had left out the brilliant maneuvering by the US to make its inhabitants think their wealth and resources were theirs to do with as they wished.

It seems a cosmic coincidence that the Federal Reserve and Income Tax acts in 1913 were closely followed by the Soviet state and its mimics planet-wide. In the marketplace of totalitarianism, the US was the Apple of its time, an innovator in tinkering with advanced expropriation systems and convincing the inmates they were free.

The shiny new utopias needed two essential components: the institutionalization of the Stockholm Syndrome and an armed army of enforcers to ensure compliance was total. The former was achieved by a wholesale hijacking of education from pre-school to post graduate work. Haven’t you ever wondered why the state insisted on certifying “teachers” and making “free” education a creature of universal acclaim? This site has documented the many abuses of the latter constabulary legions in painful detail. It bears repeating, absent a police force and the concomitant power, no politician on Earth could rob a single individual of their liberty and freedom.

So once this was accomplished, it became critical to license and regulate every means of communication especially for popular entertainment. Thus, until cable and satellite emerged, the television and radio stations were tightly controlled state stenographers who felicitously obeyed the direction of the FCC bureaucrats. Even the emergence of talk radio created allegedly right progressive balance to the naked collectivism of National Pinko Broadcasting.

As a thought experiment, the next time you listen to Beck, Hannity, Limbaugh, Levin or their local copycats, ask yourself the following:

There’s a reason laugh tracks adopted in the 1950s are such a signal advance in controlling audience reactions.

The emergence of independent cable and satellite service providers did offer a brief respite from the droning Soviet pabulum issued by the original three primary broadcast entities. But soon enough these too became incessant champions of the maximum state with the exception of C-SPAN and its affiliate spin-offs that offered a heretofore unrevealed glimpse of how the sausage factory worked on the inside.

The entire sordid process infantilizes human beings; capturing that critical point between wanting everything no matter the cost to the delicate remonstrations from mothers planet-wide that hitting and stealing are wrong unless the government does it. I’m always amused at the local reeducation camps condemning bullying when absent that behavior, they couldn’t achieve a thing.

Without bullying and its grown-up stage of terrorism, no government on Earth could exist.

Unplug from your local cable or satellite TV immediately. They call it programming for a reason.

Get a streaming service and never ever watch the news again

I rarely make predictions but I do think there will be new pogroms by the government against free communication. We’ve already seen the restrictions on speech and the notion that free speech can exist without hate and offensive speech is silly on its face. But that is the direction we are heading. Make the assumption that the internet can be restricted at any time.

While I think that the internet is underused by most humans, it has undoubtedly been a huge viral communications machine for liberty and atomized freedom.

This site takes appropriate action to ensure that nothing will be lost if the switch is flipped. I have subscribed to a great magazine called The Match published by the ethical anarchist Fred Woodworth in Tucson.

Make a cash donation and you are subscribed.

He is not a Luddite but a severe critic of computers and the internet. His publication is made on his own printing presses that he builds and maintains. He is one of the most redoubtable ‘zine publishers and has outlasted if not outclassed many of his fellow publishers.

Libraries are moving mountains of books to landfills or to a local Friends of the Library. Amazon and eBay provide wonderful opportunities to create huge brick and mortar libraries to help in the coming Endarkenment.

Last but most importantly, talk to other human beings face to face. Have meaningful conversations that don’t involve gossip. Learn a solid skill or trade like gunsmithing, welding and carpentry.

Resist the temptation to believe anything the government tells you from the local to the Federal level. 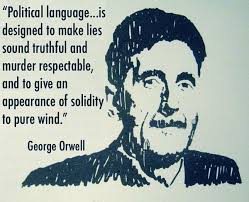