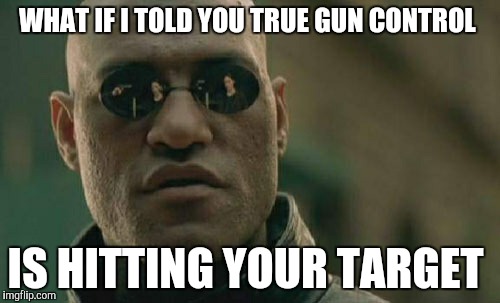 Publisher’s Note: The approaching Endarkenment continues to rotate America around the drain of history rapidly careening toward dissolution and possible civil war. You can have all the kit you can afford but if you can’t wield it effectively, it’s worthless and simply will provide new kit for the better trained predator that takes it from you. Training is fundamental aligned with the mental toughness necessary for the approaching storm.

Keep in mind that the threat may very well be armored. Train for every possibility. John is a personal friend and when it comes to weapons, he knows what he is about.

I wanted to make sure my readers support the entrepreneurial efforts of 144:1, he produces unique morale patches that speak to the original resisters in the 18th century.

If you’re voting this fall, please be sure to apologize ahead of time for your behavior to family and friends and explain to them that you do indeed have a preference for evil but simply evil light or low calorie malevolence. -BB 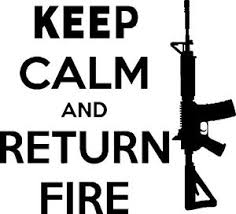 A large portion of defensive firearms training and doctrine today places a huge emphasis on a technique known as the Controlled Pair. I’d like to submit that Controlled Pairs are not always the answer to all problems.

A Controlled Pair is when the shooter is engaging a threat and fires two rounds in rapid succession. The second shot in the pair, is fired as fast as one is able to acquire a clean sight picture and align their sight(s).   This Controlled Pair method came about after the “double tap” technique. The problem with the double tap was that the second shot in the pair was fired off before a second accurate sight picture was acquired. You’d get one shot in the thoracic cavity, and another in the lower gut for example. Hence the controlled pair was ruled king in many circles.

Here is the problem. Training only a Controlled Pair response does not solve the problem of a non standard response. What if 2 rounds do not stop the threat? If every up drill you do on your flat range work consists of 1 or 2 rounds, you are ingraining a 2 round response when its show time. While you spray 2 rounds at a dude, pull your gun back to the compressed ready or drop to low ready with a carbine, because “the drill is over,” that threat may be sending rounds into your face because those 2 rounds didn’t stop him.

Most people agree that generally you default to the level of training that have mastered when engaged in a fight. Hence if all you know is a 2 round response to a lethal threat, you will most likely do that when engaging a lethal threat. This is where the Non-Standard Response (NSR) drill, Mozambique/Failure to Stop drill and VTAC 1-5 drills really shine.

Consider training NSR’s more than Controlled Pairs. There definitely may be a time when you may have to engage multiple threats with 2 rounds each before reassessing and sending more pills to whoever needs it. But the NSR offers a much better training regime to help you with assessing the level of love armed threats to your life or liberty need. And remember accurate hits end fights. Do your best to be fast, but accuracy is final.

About the author: John Meyers traces his Appalachian ancestry back nine generations to the 1750’s. He lives with his family on the high ridges of the Smoky Mountains.