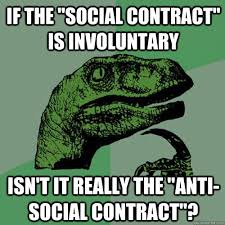 “You cannot bring about prosperity by discouraging thrift. You cannot help small men by tearing down big men. You cannot strengthen the weak by weakening the strong. You cannot lift the wage-earner by pulling down the wage-payer. You cannot help the poor man by destroying the rich. You cannot keep out of trouble by spending more than your income. You cannot further the brotherhood of man by inciting class hatred. You cannot establish security on borrowed money. You cannot build character and courage by taking away men’s initiative and independence. You cannot help men permanently by doing for them what they could and should do for themselves.”

“Indeed, in a free government almost all other rights would become worthless if the government possessed power over the private fortune of every citizen.”

I issue a standard challenge to everyone within earshot:  show me one government or nation state which became smaller and smaller over time and increasingly less injurious to the freedom and liberty of individuals.  Again, I hear the bleating of the usual suspects on the alleged Right who claim that new-found respect for the Constitution will set everything right and we will all skip down the yellow brick road of the small government paradise known as America.  You are either a coercionist or a individualist, there is no middle ground.statist I will not belabor the details here for I have covered the Constitution abundantly in both essays and speaking engagements to show it for what it is:  a doomsday machine designed to bring maximum government to bear against a helpless citizenry reduced to bondage to the same document.  It is the great centralizer and grants unlimited power of taxation to the overlords in DC at Mordor on the Potomac.

I have championed the Articles of Confederation in the past but even those documents were flawed but certainly gave smaller government a chance.  In the end, limited government and small government never exist for long before metastasizing into enormous machines built for one purpose:  to extract unlimited obedience on pain of caging, maiming and/or death of all persons living within the acknowledged confines of the taxing jurisdiction known as nation-states.  Nothing less, nothing more.  Politicians are neither statesman nor public persons of noble intent; they are simply a self-selected class of psycho-/socio-paths whose only agenda is the monopoly of the power to enforce what I just described.  Despite all the court historians, collectivist apologists and contemporary mouthpieces who sing paeans to government and the denizens who run it, the agenda remains the same: the destruction of individual direction and volition and the harnessing of the captured citizenry to the whims and will of the rulers.  You have been lied to and civics class in the government education system then and now has been a descriptive mechanism to rationalize yoking individuals into the collective hive of the state. Civics class is nothing more than obedience training make sure your leash remains fastened even when the government isn’t snooping.

You cannot have a government without willing or unwilling submission of the subjects to the will of the rulers.  There is no historical antecedent or precedent for a government ever staying within the confines of its originating power.  None.  This speaks to my interpretation of the Western exodus in America in the 18th and 19th century.  The court historians talk about the wide-open spaces and the frontier mentality.  This was certainly a component but the main reason was a desire on the part of those sickened by the liberty-crushing Atlantic Constitutionalists to flee from that document and its strangulation of their freedom bit by bit. I can just imagine the two Celt brothers coming to a screaming halt at the beaches of California, looking over their shoulders and shouting: “Swim, Seamus! The Constitution is right behind us!”  Limited government is a legal fiction, a chimera and a cruel and tempting illusion.  It is the same as a belief in unicorns.  Unless I fasten a narwhal tusk to a most displeased horse’s forehead, they have never existed nor ever will (barring genetic engineering advances).  Judging from the behavior of the elected Grand Old Politburo in the recent “landslide” in 2014 in the unholy corridors of power of DC, they should ditch the Gadsden and hoist a unicorn bedecked flag. Political action will never reduce the size of government.  The incentives are so perverse to do otherwise that Buchanan’s Public Choice theories come to the fore with a vengeance.  Buppert’s Corollary to Acton’s Axiom is that power attracts the corruptible and absolute power attracts even worse.

Let’s conduct a quick thought experiment:  Washington said that “[g]overnment is not reason; it is not eloquent; it is force. Like fire, it is a dangerous servant and a fearful master.”  Absent the ability to cajole, fine, cage, maim and/or kill, how can government get the voluntary obedience of its citizens?  Would everyone pay the various levels of extortionate taxes imposed voluntarily?  Would they stop for those flashing lights for a speeding violation if compliance were not mandatory?  For without tax agents and police powers, no government would be capable of exacting obedience from the residents of their taxing jurisdictions.  Fear and obedience is the brisk and mortar of the state and the collectivist are the stonemasons. Without regulatory or tax slavery, a government could not function…at all.  They are based on the threat or actual use of violence against EVERYONE.  Because if one, just one individual, (outside of the DC nomenklatura) got away with not paying taxes or obeying even the most banal of the tens of thousands of laws imposed year after year by the wise men appointed and elected above us, the system would collapse in weeks or months.

Terrorism is defined by Caleb Carr as politically motivated violence against non-combatants and it just so happens that definition is coincident with government behavior at its root and as observed every day.  The dozens of agencies that have a charter or sub-charter to deal with formal terrorism cannot even agree on what that definition is. The War on Terror is a nonsensical enterprise on so many levels but you would think a sober government analyst would realize an honest government would pursue this to self-eradication.  We all know, of course, that an honest government is an impossibility.

If the sheeple got even a glimpse of the reality that is the mechanism that enslaves them, they may be rather upset that they no control over their own destinies. The emerging revelations of the veritable flood-tide of police murders of civilians is yet another marker of just what government will do to cling to power.

The powers that be are fond of pointing to the worst government abuse historically on Earth and making claims of moral superiority, but in the end, while the Communist and National Socialist governments in the twentieth century may have harmed their respective populations and those they subdued through war, at least, we have the moral high ground.   Of course, this is much like a getting an Underachiever Award at a serial killer convention.  The entire system of governance is based on violence and nothing else no matter how noble it is portrayed or how many rose petals litter the dais of the King. Want to shut up a college professor? Ask your political science instructor what he would talk about if he were stripped of the ability to advocate the government’s use of force and state monopoly on violence.

Government is de facto and de jure a violation of the non-aggression principle.  It is based on initiated aggression and a hopeful monopoly (on its part) on the use of force.  Witness the literal license to kill granted to cops across the fruited plain who rarely are prosecuted for murder where the apparent evidence is overwhelming.  They must be protected because they are the Praetorian Guard that protects the privileges of the rulers to impose their will upon a humbled and frightened population whose right to self-defense against the armed tax-eaters is non-existent.  Government, by its very nature, violates the most primal and almost instinctive edict of human behavior as codified in all the major religions and secular positivist philosophies:  thou shall not murder.  And as Georg Buchan so ably and succinctly pointed out: “[m]urder begins where self-defense ends”.  In essence, government makes war on its inhabitants on pain of death, ultimately, for non-compliance.  No matter how one views it, it is a violation of everything man should hold decent and valued in a civilized society.  Far from “civilizing” peoples, government is a barbarian meme that seeks to establish that Might is Right and any disobedience will be dealt with violently.  Look at the present troubles in the Middle East and see the obedient government-media complex in America cheer-leading the use of force against protesters to restore order.

Think of it.  In Egypt, they receive the second highest foreign aid amount to include armaments next to Israel:  tanks, aircraft, weapons, artillery, you name it.  Why does Egypt have such value and what are they defending against?  They have tanks for the same reason other Third World nations have tanks:  to grind the disobedient into dust when the people rise up against the privations and abuses visited upon them by their governments.

I am often asked what would happen if government disappeared.  Would we not all be in mortal peril?  I am reminded of reading the Wilberforce antislavery debates in the English Parliament in the 18th and 19th century and the absolute terror in those august Parliamentarians of what would happen when slaves were no longer available to provide certain goods and services.  Eventually, chattel slavery did disappear outside of Africa and parts of the Middle East (it remains there to this day) to be replaced by what some may view as a more refined notion of slavery through taxation and regulation.  In the end, slavery and government are wedded as mutually beneficial devices to ensure each other’s survival.

Americans live in anarchy everyday and should embrace their inner voluntaryist.  If you are a government supremacist, you are neither an abolitionist nor anti-slavery.  The choice is yours and the belief in limited government is no more viable than believing in ghosts or the Loch Ness monster.  Unicorns are a fiction and government thinks and knows that freedom is a fiction.  Speak truth to tyranny and let government know that you know better and that the emperor has no clothes.

Choose. Choose for yourself. 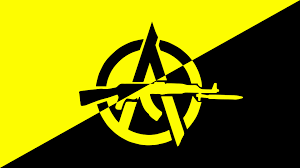 5 thoughts on “Limited Government: The Impossible Dream by Bill Buppert”