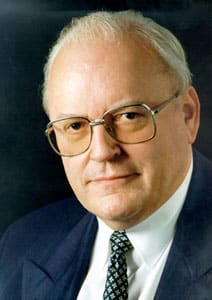 “In war, truth is the first casualty.”

“War is the health of the State. It automatically sets in motion throughout society those irresistible forces for uniformity, for passionate cooperation with the Government in coercing into obedience the minority groups and individuals which lack the larger herd sense. The machinery of government sets and enforces the drastic penalties; the minorities are either intimidated into silence, or brought slowly around by a subtle process of persuasion which may seem to them really to be converting them.”

War is the health of the state.  Randolph Bourne arrived at this conclusion near the beginning of the 20th century.  Smedley Butler later wrote in War is a Racket about the baleful special interest vectors that drive us to war.  We hear again and again that we owe our freedoms to the conduct of overseas adventures in other countries whether the wresting of Spanish colonies into our possession or the invasion of Europe during the War to Save Joseph Stalin (1939-45) to the modern era of American armed dominion over the planet.  I would suggest these are poor assumptions.  The next time someone makes one of these specious claims, simply ask them how the defeat of one totalitarian regime while aiding and abetting another noxious regime made America free?  Is the Cold War representative of the halcyon days of American individualism?

Most libertarians agree that the American government is colossal, oppressive and a slayer of freedom and liberty.  There are certainly domestic influences and causes for the enormous growth in the statist tilt of American governance and concentration of power.  The metamorphosis of an agrarian republic birthed in the violent dismissal of British rule to the Sovietized monstrosity we labor under today is the result of both domestic dynamics and the creation of the national security/garrison state to project power and influence overseas.  I would submit that war is the unacknowledged silent partner of the leviathan state.

How does a militarized foreign policy create a less free nation at home?  Let’s begin with a conflict most Americans can name but few can even place a date to:  World War One.  I would recommend Niall Ferguson’s book Pity of War as a signal starting point to rip asunder the veil of historical illiteracy and propaganda that has surrounded that sordid conflict.  Woodrow Wilson, one of the worst and most evil Presidents to grace that august den of thieves in the White House, promised in 1916 to never enter the European conflict and promptly started the machinations to steer us into the conflagration and militarize American society.  The more you learn about Wilson, the more you see he is the point of origin for so much of our national grief.  I have previously mentioned the American Protective League and its un-American activities in stifling, fining and jailing dissidents against Wilson’s war. Wilson also inaugurated the Committee on Public Information, which even gave instructions for cartoonists and signed into law the Espionage and Sedition Acts. In France by 1918, half of all men between 20-32 were dead. Serbia suffered a death toll that closed on one in four of the entire population in corpse piles.

Among the many notorious achievements Wilson managed was the Americanization of a fairly decentralized and devolved society.  This was the perennial missing link in formalizing the ultimate project of the Hamiltonian ambition:  the establishment of a permanent central government for whom the individual states were mere agents and bureaucratic subsidiaries.

State and regional pride in the absence of a national highway system and a fairly localized culture dominated the discourse of the then loosely knit united States.  It still took nearly a week or more to travel from coast to coast.  The government in DC did not have the consensus or the reach to influence the minor and major muscle movements that each state and its subset elements exercised and therefore the flavors and nuances of the regions retained localized habits and customs.  WWI ended that with the unifying message of an America in peril from the German threat to European stability and the need to make the world more like America.  In the process, these united States made the same critical error the Confederacy made in the War of Northern Aggression; by centralizing the war effort, any state sovereignty soon was lost to the overweening tendency to dictate top-down command economy nostrums and the resulting loss of subsidiary integrity at the lower echelonments.  For the first time in American history, state-originated troops deployed overseas en masse as American-flagged forces in a unified organization representing the “forces of democracy”.

A victory unprecedented for the statists who now had not only the domestic Progressive bandwagon (thanks in no small part to conservative folk-hero, Teddy Roosevelt) to provide the impetus to expand the role of central government in these united States but the creation of an external threat to forever change the face of the political calculus in the country.  The bond to the individual states had finally been effectively broken and suborned to a national identity established to homogenize and formalize the loyalties of the citizens to their political betters in DC.  1917 marked the birth of the national security/garrison state and the inauguration of the two-pronged domestic and foreign policy nexus to expand the size and reach of central government.

In addition, the central state also managed to soften the other primary target of their will to power:  the family.  Statists have worried through the ages that the bastion of the family was a fortress they could not breech.  Once the state could find a way to penetrate the family unit and influence the outcomes of behavior at an earlier age and replace the parents with the state, ultimate power would be fulfilled.  With tens of thousands of husbands and fathers deployed overseas, unprecedented numbers of women entered the workplace and the state’s tax base found another form of revenue. To wit:

The entry of the United States into World War I greatly increased the need for revenue and Congress responded by passing the 1916 Revenue Act. The 1916 Act raised the lowest tax rate from 1 percent to 2 percent and raised the top rate to 15 percent on taxpayers with incomes in excess of $1.5 million. The 1916 Act also imposed taxes on estates and excess business profits.

Driven by the war and largely funded by the new income tax, by 1917 the Federal budget was almost equal to the total budget for all the years between 1791 and 1916. Needing still more tax revenue, the War Revenue Act of 1917 lowered exemptions and greatly increased tax rates. In 1916, a taxpayer needed $1.5 million in taxable income to face a 15 percent rate. By 1917 a taxpayer with only $40,000 faced a 16 percent rate and the individual with $1.5 million faced a tax rate of 67 percent.

Another revenue act was passed in 1918, which hiked tax rates once again, this time raising the bottom rate to 6 percent and the top rate to 77 percent. These changes increased revenue from $761 million in 1916 to $3.6 billion in 1918, which represented about 25 percent of Gross Domestic Product (GDP). Even in 1918, however, only 5 percent of the population paid income taxes and yet the income tax funded one-third of the cost of the war.

The income tax funded part of the conflict despite its relative infancy.  Note the velocity of tax increases in a short span of time and the end of the conflict did not lower the marginal rates significantly.  The fetters to government interference in all aspects of American life were now released and the unlimited state began.  On that day in 1917 when America entered the global conflict, Alexander Hamilton wryly smiled from his august office space in Hell, his dream at last consummated.

The Constitution had culminated in the logical extension of its organizing principle as an enabling mechanism for central government supremacy.  The Constitution is a brilliant document for liberty but the Federalists ensured that a doomsday mechanism was built into the document by empowering the government through an alleged impartial judiciary to have a self-selected stamp of approval on the march for bigger government.  Keep in mind that the Bill of Rights was a reluctant addition to the original Constitution at the urging and agitation of the Anti-Federalists and has acted as a minor roadblock to statist ambition, at best. The American Imperial Age had just slipped into high gear.

The United Kingdom in the 20th century is an historical demonstration project that whatever empire practices abroad, it all comes home to roost and individual liberties are extinguished to satisfy the collective needs of the state.  The lethal cocktail of Fabian socialism and imperial military foreign policy culminated in what is now the late and great corpse of England, both the birthplace and grave-site of the modern Western notion of individual liberty.  Ironically, America up until 1939, retained War Plan Red against the United Kingdom as an active strategic initiative against our alleged ally.

Despite the apparent historic isolationism of the American government during what is referred to as the Interwar Years (1919-1941), the American armed forces were rather busy implementing the weaponized portion of foreign policy especially in the Latin American realm.  This was, of course, prior to the formalization of clandestine regime change in the CIA and its offshoots.  On the eve of WWII, the US Army was numerically ranked well below the world nations in manpower.  RedDR was mostly likely rubbing his hands in glee at the prospect of taking over and controlling what was left of economy at the time after the disastrous attempts at socialism that had ensued and crippled the country in the 1930s.

War abroad has always been the last refuge of the state when all other options have met with failure when seeking to consolidate domestic power. America discovered that the surest path to increased monopoly on power is perpetual war.  Witness the motifs in the War on Drugs, Poverty and Terror and the concomitant expenditure of untold hundreds of billions resulting in the eradication of none of the former but a tremendous increase in government power over citizens.

Whatever you learned in the government schools and university, on the History Channel and the ninety plus years of Hollywood celebrations of American war on the world…you have been lied to.  War is the health and the wealth of the state.

The only just war is one fought on your own soil against an invader or your own government as the hapless colonials discovered. The American aboriginals discovered the same thing.

“We used to wonder where war lived, what it was that made it so vile. And now we realize that we know where it lives…inside ourselves.”