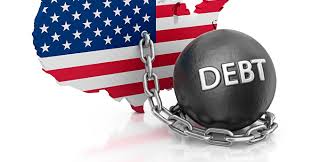 The Occupy Wall Street protesters continue to cling to life despite the occupant of the Offal Office doing everything in its power to see their twisted Soviet vision of humanity wrested from imagination into life. The OWS economic illiterates and Marxoid drones are products of the statist school system who can’t get enough big government. Their pet 1% is simply slightly off-target. There is no doubt that the richest in America have the path to wealth wired for sound and these top earners exist in every country and region. Even the beloved Soviet nomenklatura of the OWS intelligentsia found a way to make money off the backs of workers but they used a political spoils system instead of the active provisioning of goods and services.

The total Federal “workforce” (I use the term charitably since they produce nothing and command everything) has hovered around 4.3-5.3 million drones since 1962 including the military.

State and local government numbers are approximately 15 million so the total DIRECT employment by government for SLAVFOR is approximately 20 million. This does not include the contractor population retained and employed by various government entities. One could then posit that about 10 percent works directly for the government and that the remainder are indirect employees. If you don’t believe you are a Federal employee, stop paying your income tax, your “real” employers will make your life miserable if not worse.

Add another million and a half for the 19,000 LEO departments polluting the fetid plain (I did not make up the last word in the link, how appropriate). These are the actual badged thuggery and not the hundreds of thousands of support ancillaries employed by every village, county and state to support the contagion that is American policing. I have spoken at length on the existential threat cops pose to humanity and will not belabor the point here.

Nor can we get a good number on how many contractors the US intelligence community employs much less the rest of the government:

Out of hundreds of agency records, for example, GAO found that almost a fifth lacked enough paperwork to prove how much a contractor was paid. Another fifth of the records were found to have either over-reported or under-reported the actual cost of the contract work.

Good luck on getting an accurate figure on the number of contractors but if one were conservative one could guess that another five million of the American working population is acting as contractors provisioning government services. This brings our grand total to nearly twenty five million adults and their families drawing from the government teat. This of course does not include the tens of millions on EBT, Socialist Security and the entire web of redistribution schemes to rich and poor alike.

Add to all of this the 2.5 trillion dollars in redistribution to pensions, national socialist healthcare, education and welfare in the coming FY in 2015. These forced redistributions go to rich and poor alike and doesn’t even account for the offense spending at the Pentagram.

I think OWS conflates private wealth with government control which is a marriage; but the real power is who sock-puppets the regulatory agencies and their police drones? The debate isn’t about wealth but government, once the latter is erased, the former is problematic. Government weaponizes the misdirection and misallocation of wealth for a living. The entire infrastructure is based on the theft of one person’s income and assets to repatriate to politically connected recipients. That is it in a nutshell. No more complicated than that.

Another sub-strata of the progressive unintelligentsia, the enviruses pride themselves on their altruistic notions of saving the planet from humans but in the end it is all about the money. Failed alternative energy programs bleeding billions, the climate circus and the Endarkenment of millions of minds shuttered from logic and common sense. Look at the gross distortion of pure science after being tainted with government funding. The freed* market could deliver far better than any government funding program without the enormous overhead and bureaucracy. The enviruses like so many other progressive and conservative supplicants to the state would much rather sacrifice economic prudence for the present rapacious rewards of the trifecta of taxes, government funded debt and imposing debt without consent on the unborn.

Historically, the US is trending toward the same collapse and sclerotic paroxysms of self-destructive growth at the expense of the private sector that all fascist economies emulate in history and time. Japan is simply a bellwether of the far more catastrophic collapse the US will suffer once the can will no longer be kicked down the road.

The notion of fascism is not merely hyperbole; fascism is the vertical and horizontal control of private firms and wealth through taxation, regulation and whatever transparent or not so transparent regimes of power employed by the national government and its vassals in the provinces.

The American economy is impossible to sustain, long live the illusion of the American Dream.

* I despise the term “free market” because like concealed carry it has the baggage of permissions by a political entity built into the assumptions. Therefore, I employ the terms freed markets and discreet carry.