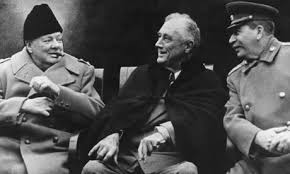 Publisher’s Note: I love a good turn of phrase and the proper elocution of the English language.  I find Winston Churchill to be one of the most eloquent and well-versed humans in rhetoric and literature.  I found myself in thrall of his ideas for a while enchanted by his articulation and my then-perceived notion that a well-spoken man was logical and possibly virtuous.  Speeches that rivaled the eloquence and power of the ancients in Greece and Rome (yes, I am an avid admirer of Cicero, et al).

Then I discover his blood-lust for war and sheer statist proclivities through the good offices of Professor Raico.  As an avid consumer of military history, I had always been tangentially interested in Churchill in the war years and discovered over time he was a menace to humanity from his enthusiastic military disasters in WWI (Wilson’s War) to his shameful advocacy of mass murder from the air in strategic bombing to his group hugs with Stalin at Yalta and the final disgraces of madness like Operation Keelhaul to appease his fellow-travelers in the USSR.  A record of active complicity in evil that was only rivaled by our execrable and vicious FDR (RedDR in more accurate parlance).

Churchill is a statist monster.

I stumbled on Raico’s analysis in the audio collection of the book mentioned below and my opinion changed forever. Take the time to read the entire essay and the footnotes.  What you discover is that the tissue of lies and power aggrandizement that has been celebrated by the court historians has created this Sovietized West we live in today.

I pursued other lines of inquiry concerning the frenzied and plentiful deception and propaganda operations performed by the British prior to the War to Save Joseph Stalin (others call it WWII):

The massive fabrications and exaggerations in Churchill’s six-volume treatment of the aforementioned conflict. He is a splendid writer and orator and his finest hour was the Amritsar speech in 1920 condemning the UK massacre of hundreds in India. The rest is history and he condemned most of Western humanity to the surveillance state and totalitarian miasma the West is drowning in today.

This may have been the embryonic moment when I started to question every notion I had of American and European history.  I have always been something of a skeptic but the essays of James J. Martin and Harry Elmer Barnes started to remove the scales from my eyes.  I started devouring more of the “other” historians whom the court historians sniff at in disdain.  The libertarian view of history makes the lens and filter even more clear.  We tend not to get caught up in party affiliations or preemptive judgments because we know the history of the growth of the state is all about power and control and the wrestling of one faction or another through force of arms or chicanery to get the farmed animals (the people) to yield to the farmers (the state).

The history of the US as of the rest of the world is basically one long sordid story of statist farmers and ranchers purchasing or bickering over the cattle or chattel rights, to use a more quaint but appropriate term.  Whether the economically illiterate Marxoid variants of yokes or the more sophisticated farming operations of so-called “free market” states, the modus operandi is to either force or convince the producers to subsidize the looters and parasites (taxing authorities and their clients) through taxation and incessant regulation.  It is so simple it almost seems elegant.

Once again, you will discover whatever education you received in government schools was a mass deception operation to make you a more obedient and docile tax cow calmly grazing on the government plantation.

This is merely the last section of the excerpt and I urge all the readers to peruse all the footnotes. -BB

Rethinking Churchill: The Triumph of the Welfare State

In 1945, general elections were held in Britain, and the Labour Party won a landslide victory. Clement Attlee, and his colleagues took power and created the socialist welfare state. But the socializing of Britain was probably inevitable, given the war. It was a natural outgrowth of the wartime sense of solidarity and collectivist emotion, of the feeling that the experience of war had somehow rendered class structure and hierarchy — normal features of any advanced society — obsolete and indecent. And there was a second factor — British society had already been to a large extent socialized in the war years, under Churchill himself. As Ludwig von Mises wrote:

Marching ever further on the way of interventionism, first Germany, then Great Britain and many other European countries have adopted central planning, the Hindenburg pattern of socialism. It is noteworthy that in Germany the deciding measures were not resorted to by the Nazis, but some time before Hitler seized power by Bruning … and in Great Britain not by the Labour Party but by the Tory Prime Minister, Mr. Churchill.[160]

While Churchill waged war, he allowed Attlee to head various Cabinet committees on domestic policy and devise proposals on health, unemployment, education, etc.[161] Churchill himself had already accepted the master-blueprint for the welfare state, the Beveridge Report. As he put it in a radio speech:

You must rank me and my colleagues as strong partisans of national compulsory insurance for all classes for all purposes from the cradle to the grave.[162]

That Mises was correct in his judgment on Churchill’s role is indicated by the conclusion of W. H. Greenleaf, in his monumental study of individualism and collectivism in modern Britain. Greenleaf states that it was Churchill who during the war years, instructed R. A. Butler to improve the education of the people and who accepted and sponsored the idea of a four-year plan for national development and the commitment to sustain full employment in the post-war period. As well he approved proposals to establish a national insurance scheme, services for housing and health, and was prepared to accept a broadening field of state enterprises. It was because of this coalition policy that Enoch Powell referred to the veritable social revolution which occurred in the years 1942–44. Aims of this kind were embodied in the Conservative declaration of policy issued by the Premier before the 1945 election.[163]

When the Tories returned to power in 1951, “Churchill chose a Government which was the least recognizably Conservative in history.”[164] There was no attempt to roll back the welfare state, and the only industry that was really reprivatized was road haulage.[165] Churchill “left the core of its [the Labour government’s] work inviolate.”[166] The “Conservative” victory functioned like Republican victories in the United States, from Eisenhower on — to consolidate socialism. Churchill even undertook to make up for “deficiencies” in the welfare programs of the previous Labour government, in housing and public works.[167] Most insidiously of all, he directed his leftist Labour Minister, Walter Monckton, to appease the unions at all costs. Churchill’s surrender to the unions, “dictated by sheer political expediency,” set the stage for the quagmire in labor relations that prevailed in Britain for the next two decades.[168]

What Churchill loved was power, and the opportunities power provided to live a life of drama and struggle and endless war.

Yet, in truth, Churchill never cared a great deal about domestic affairs, even welfarism, except as a means of attaining and keeping office. What he loved was power, and the opportunities power provided to live a life of drama and struggle and endless war.

There is a way of looking at Winston Churchill that is very tempting: that he was a deeply flawed creature, who was summoned at a critical moment to do battle with a uniquely appalling evil, and whose very flaws contributed to a glorious victory — in a way, like Merlin, in C.S. Lewis’s great Christian novel, That Hideous Strength.[169] Such a judgment would, I believe, be superficial. A candid examination of his career, I suggest, yields a different conclusion: that, when all is said and done, Winston Churchill was a Man of Blood and a politico without principle, whose apotheosis serves to corrupt every standard of honesty and morality in politics and history.

This essay, which originally appears in The Costs of War: America’s Pyrrhic Victories, is respectfully dedicated to the memory of Henry Regnery, who was, of course, not responsible for its content.

Ralph Raico is a senior fellow of the Mises Institute. He is professor of European history at Buffalo State College and a specialist on the history of liberty, the liberal tradition in Europe, and the relationship between war and the rise of the state. 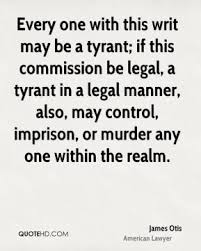 14 thoughts on “Winston Churchill: Champion of the Warfare/Welfare State”