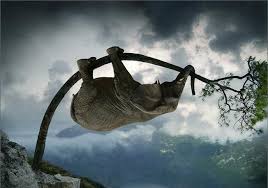 Publisher’s Note: For those who bother to watch the news, all the usual suspects are aflutter at the latest nonsense issued by the First Flatulence in the Offal Office concerning the false premise of illegal immigration. Much ado about nothing and I want to offer advance condolences to every illegal who becomes an authentic branded tax cattle of the US when they get their citizenship and legal status.

Just spent a delightful weekend with Ernie Hancock and great evening with Boston T. Party at Ernie’s villa in Arizona. I spent the morning with Ernie and we recorded five hours of conversation.

I have had a great time in the media lately having been a guest on the Feens, Marc Stevens show, Ernie Hancock’s show and Brett V at School Sucks Project just in the last month. I have uploaded all of these to the Media and Interviews tab. -BB

I have zero respect for the president but not simply because it is Obama, who may be history’s greatest example of the Peter Principle but he simply follows in a long train of liberty destroyers and freedom usurpers who have worked in the Offal Office tirelessly since the political coup in 1787.

This is Bush’s fourth term after all.

The latest nonsense issuing forth from the presumed imperial residence in Mordor on the Potomac grants temporary legal status and work permits to nearly five million illegal immigrants. The number is irrelevant because the Federal government can’t possibly know the precise number of “illegals” in the country otherwise they would have fixed it long ago. It is impossible to know the number if the central government behavior in the drug war is to be used as a measure. The Grand Old Politburo is responding in predictable fashion by filling their pants and playing at righteous indignation while winking at their secret ingénue in the White House.

All the usual suspects in the brain-dead media are aflutter with studied despair and shock at the changing of the guard at the House and Senate in 2015; if the behavior of the freedom destroying nascent plantation owners from 2000-2006 when they had control of all three wretched branches of the US totalitarian enterprise is any indication, stand by for more nonsense that will make life worse for everyone but the nomeklatura.

The GOP is upbraiding the White House pied piper and his moronic Democrat rodents on the amnesty issue but the argument comes down to one clarion point: the alleged illegals aren’t paying their “fair share”. The alleged unregistered illegal residents and their families are using government services but not paying their share of the burden through taxes. Please remember that America, much like North Korea, taxes its subjects on citizenship and not location. In other words, wherever the American citizen is on Earth or otherwise (I’m certain even the NASA astronauts are taxed in suborbital space), he will be taxed as if he has the misfortune of being on ‘merikan turf. Even the national socialists in the United Kingdom haven’t done this yet.

Funny because when the top 20% of income earners in the US pay 70% of the tax burden and the lower 50% pay very close to zero, these illegals are usually at the bottom of the bracket so even if they are legalized, they still get a significant rebate on the alleged tax burden they will suffer as legitimate citizens of the empire (Gods help them). So if all five million (a silly and unsupported number, no one knows) of these aliens are granted legal rights, this is simply a means to register more tax cattle on the plantation who contribute little taxes to the farm. It affords a tremendous boost to the myriad of Federal bureaucracies and their concomitant state agencies the onus to plea for more money from the actual producers scalped for more funds to pour into the trough in DC. Sure, there are the catcalls from the intellectually-stunted sods in the Republican Party that these are simply Democratic voters but the concern for the sanctity and security of the ballot box in America is way past caring about since the very act of voting is a form of proxy violence.

Much ado about nothing.

In the end, once these “illegals” get full accreditation into the noxious and liberty –destroying enterprise that is the USA and become fully subject to every law and whim of the Federal apparatus and the monstrous police forces, they will regret ever having stepped foot on American soil.

Is Obama wrong in this decision? Of course he is but every decision he makes in the Offal Office short of resigning and setting the edifice on fire after he turns off the lights and vacates the building is wrong.

The Emperor has no clothes but they’ve all been naked since 1791. To paraphrase the great Josef Stalin, an inspiration to every American politician since FDR: “How many police armies does the American citizen command? That’s what I thought.”

Move along, citizen unless you want a wood shampoo. No questions, please. 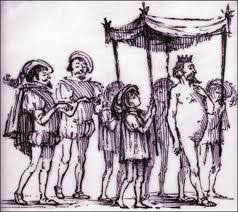 8 thoughts on “Life is Hard Now: It’s Worse Once You’re a Real Helot by Bill Buppert”