Publisher’s Note: Chris wrote this a while ago but I think it bears repeating. Chris makes the important distinction between pacifism and the act of self-defense. Murder begins where self-defense ends which means that every time the state initiates or condones or subsidizes the murder of human being whether in war, abortion, the statist death penalty or the sadistic and rampant maiming and killing conduct by government police daily. How many times in your travels do you run into the unthinking reactionaries who condemn a religion planet-wide or think taxation is virtuous even though it is based on the creed of the criminal highwayman? How many of your friends and family think voting is fine and the tens of thousands of fellow tax cattle buried deep in the gulag system is a sure sign of law and order? Everyone I just mentioned is an entrenched and committed enemy of freedom and liberty whose collaboration runs in their DNA.

How does a person come to hold the belief of absolute nonviolence? What about this belief draws people to it? Is nonviolence the logical conclusion of non-aggression? These are the question that I have been asking myself as of late, because there is a growing number of people within the liberty movement who are latching onto the belief of absolute nonviolence. I’d like to explore this idea, and try to lay out an argument as to why I think it is not only wrong, but also dangerous to adopt this belief.

One who believes in, and adheres to, the non-aggression principle makes a fundamental moral distinction between aggressive violence, and retaliatory violence. One who adheres to a principle of nonviolence does not make the same distinction. Or, perhaps they do, but they see retaliatory violence as violence nonetheless, and therefore wrong, or immoral, or “against God” or something else. It is important to note here that I will not be discussing  non-aggression and nonviolence from a pragmatic point of view, rather I will be discussing these things from a position of principle.

The absolute pacifist paints themselves into a tough philosophical corner. In order to remain consistent they necessarily have to abandon other positions they hold in order to avoid contradictions. For instance, any concept of justice that involves any level of violence must be rejected by one who adopts this belief. It would be a contradiction to advocate for any form of justice that involves capturing and punishing a criminal; any concept of justice that condones the use of physical force to apprehend and contain a criminal must be abandoned. Likewise, any form of government that was not wholly voluntary would also have to be discarded. It may be the case that the entire concept of government will have to be abandoned if it’s not absolutely nonviolent. The only form of government that would be possible if the nonviolent position is adopted is autarchy–absolute self government.

Yet, I claim this is exactly the jump that some are making. I think the focus is being placed on the wrong thing. It is true, that, in some cases, nonviolence is a perfectly reasonable tool, and I believe that these particular instances are being mistaken as nonviolence being the correct principle in all cases, but that is a clear error in reasoning. It is important to remember that one who adheres to the non-aggression principle will defend themselves because their ultimate goal is self-preservation. As I mentioned before, non-aggression is premised on the self, and if there is an instance where utilizing retaliatory violence will endanger the self, then, rationally, it ought to be abandoned in that case.

One of my favorite parts in the movie, Rob Roy is the scene where the MacGregor Clan is contemplating on what to do about the feudal landlord thugs who destroyed their home and property. Rob Roy comes to the conclusion that it is more reasonable to not retaliate, because he fears the retribution from the retaliation will be swift and ruthless. He understands that everyone is still breathing in and out, and that property that is lost can be regained except for the self, once that is lost, it’s lost forever. I would like to expand further on this point, because I think it cuts right to the heart of the matter. In this movie scene, Rob Roy demonstrates that even the concept of personal property is not of higher value than one’s own life. One cannot recreate and rebuild if one is not alive.

Where else might retaliatory violence be a bad idea? When one is faced with overwhelming odds it may be reasonable to abandon the use of violence. I don’t think I need to give many examples of this, as I’m sure you, the reader, can think of many instances where you may be out manned, out gunned, out witted, or just simply out classed. Many people in the liberty movement believe that armed resistance to an oppressive government is not the right solution–and I happen to agree with them–but this instance should not be mistaken for nonviolence being universally true. There are many differences between resistance to a rogue government, and resistance to a petty thug.

There is a vast epistemological difference between the actor performing under what they believe to be legitimate government authority, and the actor who has actually chosen to become a thug. The thug is the one who is conceptualizing evil, and bringing it into existence. This may not be the case for the government actor. Even though the end results may mirror each other, the two actors are operating under very different premises. One is bringing evil into existence by way of premeditated thought, and one is bringing evil into existence by following orders.  This is precisely why the use of reason may still be wielded on the government actor with some positive result; they have not yet crossed over into the dark side. There is still hope that there is a human being inside of that mortal coil.  This is why nonviolent resistance to a violent government may be effective. Think about it: Would you nonviolently resist if you knew  the person you were facing was acting out of pure evil? Is it reasonable to do so?

“When, for decades, you have been able to make a man compromise his manhood by threatening him with a cruel and unjust punishment, and when suddenly he turns upon you and says: ‘Punish me. I do not deserve it. But because I do not deserve it, I will accept it so that the world will know that I am right and you are wrong,’ you hardly know what to do. You feel defeated and secretly ashamed. You know that this man is as good a man as you are; that from some mysterious source he has found the courage and the conviction to meet physical force with soul force.” (Martin Luther King, Jr. — “Why We Can’t Wait”, 1964, chapter 2, “The Sword That Heals”, p. 30)

Would it be reasonable for one who believes in absolute nonviolence to utilize this same tactic against the home invader in the middle of the night? I do not think so. The home invader has made the conscience decision to carry out this act, and has prepared himself physically and mentally to carry out this crime. This example is light years apart from the government actor who is carrying out orders he perceives to be legitimate. The reason that non-aggression is adopted as a principle and not nonviolence is because the goal is to keep on living with their own life being the highest value.

The person who adheres to the non-aggression principle does not paint themselves into that same philosophical corner the absolute pacifist does. The libertarian will adopt whatever they believe to be the most reasonable choice in any given instance. Some of you may be thinking, “but that’s pragmatic!” No, it’s not, because non-aggression is but a tool for the deeper axiom of self-ownership. This is why the self-owner can use the tools of non-aggression and nonviolence interchangeably, because their axiom is their own life. I cannot say that about the person who adopts the principle of absolute nonviolence as they necessarily believe that there is something greater than their own life, and that is false to fact.

In my opinion, it is dangerous to let this type of thinking creep its way into the liberty movement. When a person desires liberty, what they mean is they desire liberty for themselves. The desire to have liberty in one’s own life drives that individual to advocate that all other individuals also have liberty. The adherence to nonviolent resistance–even at the cost of ones own life– is premised on the idea that there is some greater cause that exists out there other than one’s own life and happiness. This is the exact idea that Statism is premised on. That there is a “greater good” out there, and the individual may have to be sacrificed in the pursuit of this concept. I, the individual, reject this type of thinking, and I believe it is up to the individualists in this movement to defeat this type of altruistic, collectivistic thinking wherever it pops up–even within our own ranks.

“No man is free who is not a master of himself.” 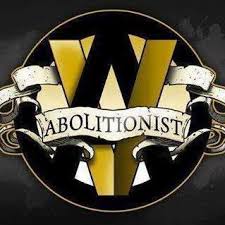 23 thoughts on “Non-Aggression or Non-Violence? by Chris Dates”