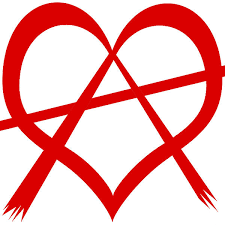 Publisher’s Note:   I welcome Travis’ energetic and scintillating attempt to refine the definitions of the stateless society he and I are trying to make a concrete idea for humanity. I use the term abolitionist now but he makes a string case for his choice. Enjoy. -BB

I have been thinking about the meaning of these words and of their reaction in society lately. There seems to me to be a very large majority of people who have a negative connotation to two of them and not so much knowledge of the last. So it is here that I will begin.

What Anarchy is and what it is not.

The vast majority of the public will react negatively to the use of the word anarchy. Through false description and definition imposed on them through government run schools and reinforced by media and social entertainment they have been lead to believe that only bad things could happen in a world with no government. Thunder Dome would become reality in their minds. Would it really though, would they allow that to happen in their presence, would everyone just go around murdering and looting?

“Anarchy is all around us. Without it, our world would fall apart. All progress is due to it. All order extends from it. All blessed things that rise above the state of nature are owed to it. The human race thrives only because of the lack of control, not because of it. I’m saying that we need ever more absence of control to make the world a more beautiful place. It is a paradox that we must forever explain.”

It is generally described to be a world with no government. The term goes deeper than that though. It leaves a world with no central government and not without rules. Rules would still be in effect throughout the world, it would only be the enforcement of those rules that would change. Webster defines Anarchy in the typical false way as its main definition (: a situation of confusion and wild behavior in which the people in a country, group, organization, etc., are not controlled by rules or laws). This is the definition that most people are taught as the truth but further definitions by the same source state (a: absence of government //b: a state of lawlessness or political disorder due to the absence of governmental authority//c: a utopian society of individuals who enjoy complete freedom without government) These are definitions that most self-proclaimed anarchist would somewhat agree upon.

The automatic connotation of Anarchy being a bad thing is something we must overcome. The changing of definitions is something that must be done through actions rather than words. So how do we expand the idea of peaceful anarchy and destroy a negative connotation to the word? To be sure this is a monumental task and one that would require the utmost care in its expansion. The idea that there are no rulers but rules still remain isn’t an easy sell for most people. The idea of self-reliance and self-control frightens people, and it should. They have lived in complete servitude to a government for too long. By relying on an outside entity to control the personal and economical habits they have castrated themselves from the ideas of freedom, free will, free choice, personal responsibility, and self- sufficiency.

Anarchy doesn’t have to mean the things that it is believed to mean now, and it will take some real positive work to bring a positive thought to the word. Through peaceful cooperation and discovering new ways to subvert the power of the state in our everyday lives we can bring the world to anarchy and not be a fearful thing.

Are you libertarian enough?

Within libertarianism there seems to be a litmus test that some will use to determine ones placement in the vast collection of the term. It is truly a broad term and a very much inclusive term and as such most people have a hard time defining it or determining their place within it. Libertarians believe for the most part in smaller government, some believe in constitutional government some do not. The term generally includes both Voluntarists and Anarchists in the definition, though there is some debate on that in my mind as well as others. But I like to leave that topic to self-discovery and the subjective view of the issue. The degree of your libertarianism is of much debate and discussion among other self-described libertarians and the actions and theory that you portray has a great deal to do with how you are perceived.

Some will say that certain traits within libertarianism are dangerous to modern life; Non-intervention foreign policies, pro-choice on abortion, ridding the country of drug laws and allowing uninhibited use of hard drugs, open borders. Those are the types of issues most Neo- Conservatives and Neo-Liberals will vehemently attack with illogical fallacies and hyper sensitive emotional responses. Now everyone is entitled to their opinions, I would have to recommend further education in these issues to gain a better understanding of the positions held by Libertarians.

Libertarianism is popular, and this can be a bad thing. Why do I say this? It has been increasingly apparent that some people will do whatever it takes to grasp or remain in power, even so much as to pretend to hold beliefs they certainly do not. It doesn’t take much looking to see the false prophets of the liberty movement and the libertarian creed. Now the Libertarian I am talking about is the philosophy, not the party. The party is just a vehicle for those who hold the philosophy, and of course those that falsify their claim to it.

Leaning libertarian. This is one of those terms that make no sense to me at all. I just don’t see how anyone can lean in the direction of philosophy but not accept it or live by it. I feel that those that claim to be “leaning” are those that are merely using the followers to their own self gain, what that gain may be is different among people, but the use of the followers remains the same.

I believe in a Voluntary Society.

What is Voluntarism? It is the belief that all actions of individuals should be free from coercion or force, they should be voluntary. The creed of Voluntarism is to allow all voluntary means so long as they do not interfere or impede on the rights of others and so long as the actions are not forced or coerced in any way.

Voluntarism does allow for governments to be formed but they may not touch or try to overtake those that reject their influence or control. This is a hard concept for many. True voluntarism should not prohibit those that wish to be governed to their choice. Those that wish to be governed and those they elect or choose to be the governors should have no say over the lives, property or actions of those that choose to live outside of that governance. Someone told me once that this is just a copout, an easy way to not address the issue, but I say this, if everyone chose to define themselves and their philosophy around the voluntary acts of individuals we would see the downfall of most forms of political control and governments around the world, with no need to say that these aspirations are anarchistic at all, and well beyond the goals of most libertarians.

So why say Voluntarism instead of Anarchy or Libertarianism?

From prior experience using all of these words I have found the greatest ability to progress the ideas and message of individual liberty by not using the word Anarchy for the simple reason as it invokes an automatic negative thought in the minds of the masses. The same is true of the word Libertarian. In the minds of Democrats and Republicans alike there is a negative connotation associated with the word. To be able to speak to those who hold these feelings against these words or labels we must move past the blockade of the definitions, we must find another route.

By choosing to use the word Voluntaryist rather than Anarchist or Libertarian it lends the speaker the chance to express the ideas without the over shadowing of the connotations of the latter two words. This is one way that we can progress conversation with others on like-minded goals or solutions to current problems. This is how we can influence the progress to goals and see real change in the power structures around the world.

12 thoughts on “Anarchist, Libertarian or Voluntarism: Why I Use One Word Over Another by Travis Wilson”