This series of essays have been concentrating on the more innocent and less strong among the population and the caging, maiming and killing that has been targeting the elderly and in some cases infirm.

In Part One, I spoke to the cruelty and violence police are increasingly visiting on the most innocent of all – the animals. In most cases, the cops, in the name of officer safety, maim or kill the canine (and feline) offenders (and cows).

In Part Two, I spoke to the cruelty of cops against children.

In Part Three, I spoke to the increasing war on woman by the thin black and blue line.

One does not have to go too far in the news to find these stories and I want to repeat that police brutality and abuse is under-reported and non-reported to a large extent and the prison complexes probably hide legions of personal narratives that would chill the most brazen police apologists in America (well, maybe not because they are morally immune to civilization).

I lost my 86 year old father to Valhalla this past year and my wife’s grandparents lived with us in to their 90s until they passed when we lived up north. Old folks are more fragile and not as quick as their younger days that make the following stories I relate to you even more horrific. Please keep in mind that most of these horror stories involving badged brutality are less than a year old and the last two decades has seen a tremendous uptick in police brutality against innocents so this is only the tip of the iceberg.

Jaywalking seems to be a popular trigger like the young college girl mauled by the cops in Part III of this series. 84-year-old Mr. Wong was assaulted by New York’s finest:

“According to the report, suddenly on Jan. 19 while en route to his West 97th Street apartment, “Wong walked right into a nightmarish police operation” that had been concocted by the commander of the local police precinct, “in response to a spate of fatal pedestrian accidents.”

When all was said and done, the octogenarian was left bloodied, his head, arm and ribs injured and sore from a violent confrontation with police, he told the newspaper. Wong said he was left in disbelief that after a lifetime of abiding by the law everything could have gone so wrong, being knocked unconscious on the street and handcuffed in a local hospital emergency room, and facing a range of criminal charges.”

Mr. Wong is suing the city for five million but this won’t affect any of the thugs involved because the taxpayers will foot the bill if he wins. Nice work if you can get it. These cops are not alone, there a number of lawsuit stars on the force:

“Meet Detective Peter Valentin. Detective Valentin makes approximately $125,000 per year, including overtime, for his role as a narcotics officer with the NYPD. In the last 8 years, this cop has been sued for violating the civil rights of the people 28 times, or about once every 3 months or so. The suits that have settled have already cost the city (read: the taxpayers) over $884,000, as exposed by the NY Daily News.”

One of the trends one observes in the mountains of narrative stories on police misbehavior is the vicious and bullying nature of the encounters and the escalation authored by the police in almost every instance.

Don’t expect any of the cops to face punitive measures or even lose their jobs; they appear to be what they want to keep in the ranks. The man who savaged this 70-year-old woman is back on the force, of course.

“Her head makes a thud sound as it hits the ground. Allegrone “suffered a bloody nose and an abrasion on the bridge of her nose,” according to the Times Union.

But Doering said the senior citizen dug her nails into Jones’ hand and wrist and that his officer was justified in throwing her to the ground to prevent her from doing so.

Some of the heroes tased and shot and killed a 95-year-old man in a nursing home in Chicago:

“The Park Forest police version is that on the night of July 26, John Wrana, a resident of the Victory Centre senior living facility, threatened staff and paramedics with a 2-foot-long metal shoehorn and a metal cane. The police statement neglects to mention that the old man also used a walker, at least according to photographs supplied by Grapsas.

“Attempts were made verbally to have the resident comply with demands to drop the articles, to no avail,” the police statement reads. “The resident then armed himself with a 12-inch butcher type kitchen knife.”

But [the family’s] lawyer says that Wrana’s family never saw a knife in his room and that staff also told him Wrana didn’t have such a knife.

He refused medical care, they called the police and after they were done, he no longer required any more medical care at all.

These are not unusual and the increasing violence against senior citizens by police is becoming more frequent in concert with the last ten years of rapid militarization of police forces.

Speaking to the hoplophobic nature of all police forces across the US fed by the DHS propaganda machine that despise the private possession of any firearms.  72-year-old Jerry Wayne Waller was gunned down by the cops investigating a burglary. 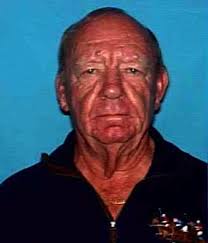 “While investigating around the home, officers met up with an adult male who was armed with a handgun. At least one of the officers fired and struck the man, killing him at the scene. But, according to former city council member Becky Haskin, that man was simply a neighbor who was also looking into what may have set off the security alarm.

“Officers felt threatened by the man [Waller] with the handgun and he was shot.”

The Fort Worth Police Department has not confirmed that information as they are continuing to investigate the case.”

Recently, an 80-year-old man was gunned down in his home in California by cops at the wrong address:

“The deputies crashed through the front gate and began executing a search warrant for methamphetamine on the property. Detective Patrick Hobbs, a self-described narcotics expert who claimed he “smelled the strong odor of chemicals” downwind from the house after being tipped off to illegal activity from an anonymous informant, spearheaded the investigation.

Deputies approached the house, and what happened next is where things get murky. The deputies said they announced their presence upon entering and were met in the hallway by the 80-year-old man, wielding a gun and stumbling towards them. The deputies later changed the story when the massive bloodstains on Mallory’s mattress indicated to investigators that he’d most likely been in bed at the time of the shooting. Investigators also found that an audio recording of the incident revealed a discrepancy in the deputies’ original narrative:

When it was all over, Eugene Mallory died of six gunshot wounds from Sgt. John Bones’ MP-5 9mm sub-machine gun. When a coroner arrived, he found the loaded .22 caliber pistol the two deputies claimed Mallory had pointed at them on the bedside table.

Mallory had not fired a single shot. The raid turned up no evidence of methamphetamine on the property.”

There is no surprise here in the grisly aftermath of yet another no-knock raid in the imbecilic drug war. Notice the cops are employing a sub-machine gun and the lies started immediately but the recording of the incident clearly demonstrated (again) the consistent trouble with telling the truth that plagues all police behavior today.

Katharina Lambert, age 88, was mauled by a police dog in her house during a no-knock raid on her home. Most likely, Miss Lambert would have been tried for murder if she had maimed or killed the dog to defend herself since she does not wear a badge. The appended article has an interesting listing of other such incidents.

“Lambert awoke to vicious bites to her arm and shoulder causing serious injuries like puncture wounds and severe bruising, she says. Echevarria had to physically remove the dog from Lambert to stop the attack.

She also claims that medical treatment was delayed and that the department knew about her severe hearing impairment. She doesn’t pull punches when it comes to accountability. She is personally zeroing in on everyone involved and believes that the culture of San Bernadino police encourages the idea that “it is permissible to unlawfully enter a person’s home, deploy a police K-9 to attack innocent people, refuse to accommodate a disabled person, and delay prompt medical care.”

A similar police dog attack killed an 89-year-old and he died of his injuries and the poor taxpayers footed the bill, of course for officer savagery.

“A 62-year-old grandmother, Daisy L. Morales, has filed a lawsuit against a Worcester police officer and the city after she says she was wrongly arrested and assaulted nearly a year ago. Morales’ suit contends the assault by officer James Powers of the Worcester Police Department was racially motivated.

“The individual defendant mercilessly beat Ms. Morales at her home simply to ‘teach her a lesson’ for questioning his police authority,” states the lawsuit against Powers and the city of Worcester.

Filed with the U.S. District Court in Worcester on Friday, the suit accuses Powers of beating Morales in her own home while Powers was in uniform. The alleged beating left Morales, then 61, with “life-threatening, permanent injuries which have required extensive surgical procedures and ongoing physical therapy treatment,” according to the lawsuit.”

You have to read the full text of the affidavit and the attached report to see the absolutely rabid nature of the cop (James Powers) involved when he perceived his authority was challenged by a diminutive elderly woman.

He is the poster child for the attitude that seems to be the rule and not the exception among the thin black and blue line:

“He turned on Ms. Morales with a wild look in his eyes and shouted: ‘I will show you police brutality!’ At this, the large, menacing Officer Powers charged at the diminutive Ms. Morales, picked her off the ground, and body slammed her with all his might.”

These are just a few of the horror stories of police brutality against the elderly in America and the same thing happens globally, the curious combination of psychopathy that seems to combine cowardice, bullying and sheer fear for their lives make s the cops quite trigger-happy and eager to physically dominate hurt people in many encounters.

I also suspect the abuse captured on video and audio of these rabid encounters is the tip of the iceberg when compared to the prison system in America that has the highest per capita prison population on planet earth with 25% of the worlds prisoners and 5% of the global population. The elderly prison population comes with its own unique pathologies.

The American Civil Liberties Union published a report in 2012 which asserts that the elderly prison population has climbed 1300% since the 1980s, with 125,000 inmates aged 55 or older now incarcerated.

The problem remains an increasingly savage police presence in America that get worse by the year while their own threat environment gets increasingly safer making them one of the safest occupations in America apart from their self-immolation on retirement. The increasing obesity problem among cops as a nation-wide (if not global) phenomenon leads to early cop deaths after retirement along with the indiscipline in lifestyle that most overweight folks suffer from. After all, police careers are the number seven job of the top ten for attracting psychopaths in America.

Hence, the tremendous increase in police violence against the civilian population. There is a watershed event forthcoming where this behavior by alleged protectors will lead to quite a bit of unpleasantness visited on these occupying forces posing as cops across America.

In Part V of this series, I will be discussing the brutality against the disabled to include the wheelchair-bound and mentally retarded.