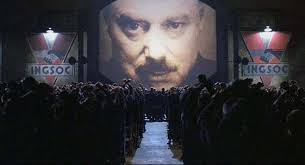 “The government consists of a gang of men exactly like you and me. They have, taking one with another, no special talent for the business of government, they have only a talent for getting and holding office. Their principal device to that end is to search out groups who pant and pine for something they can’t get and promise to give it to them. Nine times out of ten, that promise is worth nothing. The tenth time it is made good by looting A to satisfy B. In other words, government is a broker in pillage, and every election is a sort of an advance auction of the sale of stolen goods.”

The police are the greatest threat to human liberty in history. Historically, they have been the instruments of oppression throughout the ages. Absent this enforcement mechanism, no member of the political class, that curious professional remora priesthood that plagues societies that usurps power and assumes “delegated powers” not permitted of the serfs that elect them to office or suffer under their dictatorial power could not exist.

The fear of a few bad men is not curbed by putting the worst men in charge.

Members of the same society become policemen who in America manage to make an industry of abuse, kidnapping, maiming and killing under exclusive licensure of the state powers. In other words, you cannot nor do you have the right to steal from your neighbor, physically accost him, kidnap him and murder him if he refuses to obey but a uniform and state-issued badge grants you the power to do so. Not only is the license granted but the full power of the state is brought to bear with funds and assets appropriated at gunpoint to protect the state agents who accost the citizenry that are drained for the monies to pay the occupying army.

Imagine, if you will, a mugger accosts you and you resist his insistence on surrendering your earnings and he beats you senseless, ties you up and hauls you off to a cage to await a decision by his boss who happens to wear a black robe with special powers who has the ability to force the wealth, time and resources from you for the rest of your life. He decides to be merciful and not cage you but applies a surcharge on your tax liability and threatens to “brand” you for life by charging you with resistance to pay your “fair share”. The threat would be a criminal record granted by the state that would greatly reduce your earning potential and most likely forever dim your prospects of procuring a good-paying job. A lifetime of misery for the audacity to resist unjust oppression. Only in America. Well, maybe not, look at the police state hall of fame in the twentieth century and the competition is keen.

Or drive on the roads you “paid” for and exceeding an arbitrary number on a sign in speed, getting stopped and accosted by another badged agent of the state who suspects you may possess some illegal vegetation or have ingested said substance. You are hauled in after a wood shampoo is applied per your apparent resistance to kidnapping. The ad hoc and perfunctory anal raping administered in New Mexico is a new spin before the institutionalized male rape winked and nodded at by the boys in blue in the US penal farms. After being stripped and dehumanized by the boys in blue, you get hauled before another robed government employee to await judgment that you never signed on to nor entered a tacit agreement.

There are 19,000 police agencies across America and a million badged state apparatchiks who enjoy a relatively trouble-free and safe work environment where less than 150 die a year and only a third of those in the conduct of their duties against people who fight back against their depredations. Many others in the blogosphere have provided all the gory details of police brutality, the daily dose of maiming and killing that is the bread and butter of the thin black and blue line who are under no obligation by their departments to protect individual citizens. They have detailed the anecdotal horrors of police misbehavior like James Bovard and Will Grigg. They have detailed the metric tons of regulations that make every tax victim in the US a felon on a daily basis and the amazing legal doctrine of “qualified immunity” that gives every statist cop a license to kill with impunity coddled by the police unions that, like the teachers unions, know exactly who their clients are and they are not citizens and parents.

It only gets worse with the War on Terror which is actually the War of Terror (on Americans). If the Utah formation of a DHS wet dream of Stasi unification like the Salt Lake Unified Police Department does not make you nervous, you are truly asleep.

I want to suggest that when you look at the office of the President with all its official bunting, polished tele-speeches, officialdom and party favors of power, the name is a misnomer.  He is not a president but actually a Police Commissioner because no virtuous human being would obey any of his diktats or prerogatives unless under the lash of threatened and initiated violence imposed by all the executive agencies that police the country to ensure compliance with the mountains of rules, regulations and directives that are vomited forth by Mordor on the Potomac on a consistent basis. He also acts as the Prison Warden to administer the millions of gulag residents in cages, on parole or on probation or simply recovering from one of those once the system has spit them out to wear the Scarlet Letter of being a convicted criminal.

Once you connect the dots on this immoral patchwork, it becomes clear that the government is nothing more than an occupation force that uses it policing power to enrich itself and service its expanding base of power. Its Janissaries in the police forces are the connective tissue that puppeteers the unwilling and recalcitrant to do the Emperor’s bidding quite literally on pain of death for disobedience. Unlike the fairy tales taught in the government schools and the cruel state obedience classes known as civics that train sheep to be…sheep, the stark reality is that we live in thugocracy a little better appointed than Mugabe’s Zimbabwe and a kakocracy where the worst and the dimmest sociopaths climb the steps to Olympian power to lord over the tax cattle across the country.

The NSA has even taken traditional wiretapping to the next level that only a cop could love.  We all know such transparency is a one-way street for the denizens of the country who look on in horror as their tax levels approach 60-70% and that being an insufficient amount see their children and unborn grandchildren burdened with debt to fill today’s septic tanks courtesy of the Free Shit Army or new money laundering schemes for the military-industrial complex overseas in the numerous neo-imperialist quagmires the US shambles in to.

Politicians and those who pursue such vocations are not statesmen and grand old men but grifters, con-men, sociopaths and bullies who clothe their lust for violence in pathetic patriotic platitudes and vague notions of law and order…for the rest of us. For rulers of every stripe, the lash and the bludgeon are the only means to organize a society. For them, cooperation and peaceful conduct through voluntary association are silly and old-fashioned.  Despite all the government-media complex white noise, the Offal Office is a set-piece to perfect the failed policies of the collectivists of old.  The Obamacare notions are nothing but clever misdirection to tie the insurance industry in regulatory knots waiting for the talking heads and presstitutes in the media to fellate the politicians as if they were bagpipes to solve the government created medical care crisis with a bigger government program to create the final National Socialist health care system the usual suspects are clamoring for.

There is a very good reason the IRS is the primary vector for the compliance aspects of this latest monstrosity. The government must make this a tax to create an end-run around the obvious paths of non-compliance such a wretched government program would encourage. And in the end, the Police Commissioner-in-Chief will have a large force of lackeys he can send after any miscreants and dissenters who refuse to the bend to the rule of law.

There is no such thing as a good cop, they are simply instruments of power for the protection of the government’s ability to determine whether you live or die depending on your level of resistance to initiated aggression against you.

The state is the enemy of the people and the police are the soldiers of collectivism.

Why else would they call it a police “force”.

5 thoughts on “The President as Police Commissioner: Cops and Collectivism by Bill Buppert”