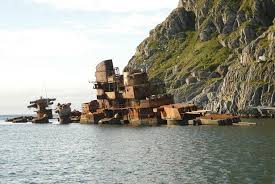 Does the US Constitution affect the design, application, and review of effective strategy?

The Constitution grants monopoly power to the central state to use both the military and militias.  This means that even state National Guards are essentially creatures of the Federal government.

“To define and punish Piracies and Felonies committed on the high Seas, and Offences against the Law of Nations;

To declare War, grant Letters of Marque and Reprisal, and make Rules concerning Captures on Land and Water;

To raise and support Armies, but no Appropriation of Money to that Use shall be for a longer Term than two Years;

To provide and maintain a Navy;

To make Rules for the Government and Regulation of the land and naval Forces;

To provide for calling forth the Militia to execute the Laws of the Union, suppress Insurrections and repel Invasions;

To provide for organizing, arming, and disciplining, the Militia, and for governing such Part of them as may be employed in the Service of the United States, reserving to the States respectively, the Appointment of the Officers, and the Authority of training the Militia according to the discipline prescribed by Congress;

To exercise exclusive Legislation in all Cases whatsoever, over such District (not exceeding ten Miles square) as may, by Cession of particular States, and the Acceptance of Congress, become the Seat of the Government of the United States, and to exercise like Authority over all Places purchased by the Consent of the Legislature of the State in which the Same shall be, for the Erection of Forts, Magazines, Arsenals, dock-Yards, and other needful Buildings;–And

To make all Laws which shall be necessary and proper for carrying into Execution the foregoing Powers, and all other Powers vested by this Constitution in the Government of the United States, or in any Department or Officer thereof.”[1]

The Constitution certainly enables strategy but effective strategy is another notion altogether.  One has to know what the grand strategic framework is to determine what the serving strategy is to attain the goals.  The first stage was for the central government in the United States to ensure that so subsidiary political units such as the states had the faintest notion of independence in the use of their military power.  This was proven out only three years after ratification when General Washington marched at the head of a 13,000 man army to quell the Whiskey Rebellion in 1794.

The next stage would be the War of 1812 which besides being a rather confused diplomatic debacle would ensure that the US Navy assumed supremacy over the contiguous littoral waters of North America.  A steady march westward would seal the continent under US military supremacy while casting a wary and busy eye southward to enforce the Monroe doctrine against European mischief and intrusion.  Once the War for Southern Independence began, all expansion efforts ceased on the part of the central government while it put down the rebellion of subsidiary political arrangements that did not know their place under the Constitution.

Over a generation after Lincoln’s War is settled, America starts to expand it in the Pacific and eradicate all Russian possessions in the hemisphere from California to Alaska and casting a wide net all the way to Hawaii in 1893 culminating in the change of ownership of all Spanish possessions in the Pacific deeded to American forces. Roosevelt becomes enamored of Mahan and creates the germination of the blue water Navy that would go on to beat the Japanese in a brutal and costly global war in the Pacific while battling in the European theater at the same time.

After WWII, America is the last superpower standing and starts to employ a variety of strategic frameworks ranging from détente to mutually assured destruction through nuclear weapons to Kennan’s containment strategy until the demise of the bipolar world when the USSR dissolves from 1989-1991.

This is where America’s strategic framework for world dominance crashes and dies.  No longer faced with a monolithic foe since standing astride the globe after WWII, America dithers until it is struck domestically with the terror attacks on 9/11 in 2001.  A new strategic focus arises that puts America’s vaunted respect for individual liberty in the hazard as rendition, preemptive war, kill lists and the institutionalization of torture as a function of the state allegedly pushes the Constitution to its limits but it cannot do that because the converse use of the word unconstitutional has no descriptive value.

Ever since the ratification of the Constitution in 1791, the document has been the signature of a metastasizing warfare/welfare state that would see its growth exponentially increase after WWII and virtually nationalize the nation after 9/11 into a garrison state the likes of which has never been seen before on such a scale of spending and dominance.

Yet, the strategy deficit disorder that has been mentioned here before is alive and well as America discovers after WWII that it cannot win an armed conflict despite a treasury that dwarfs any of the opposition.  One would be hard-pressed to divine a functional grand strategic/strategic framework that covers the conflict in Afghanistan much less the world domination aspirations of the American state.

In the end, the interpretation of the Constitution and its imprimatur to the expansionist state in the service of strategic goals will do what it always does.  It will rationalize war with the world and fail to war-game or extrapolate the long-term impact of such behavior.  America is much like the man swimming in a darkened facility in a large pool of gasoline lighting his way with a match held aloft.

This was the country that invaded Iraq and made no plans to deal with a concomitant transition to irregular warfare and insurgency in the aftermath of the invasion.  In fact:

“A senior British military officer has told the Iraq inquiry the US would not accept that an organised insurgency was developing in the aftermath of the war  Sir John Kiszely, the UK’s top military representative in Baghdad in 2004-5, said Washington felt a “bunch of no hopers” were behind mounting attacks.  Another officer defended the much criticised US decision to disband the Iraqi army, saying they had no choice.  The Chilcot inquiry is looking into UK policy with Iraq between 2001 and 2009.” [2]

One would assume that if a singular conflict would evidence such strategic blindness, a global vision would not be far behind in its intellectual glaucoma, what Colin Gray calls a “strategy deficit”.  The Constitution is the enabling document for the American military entity and therefore its effectiveness is certainly questionable on the evidence.

Like the collectivist social and fiscal disaster under Constitutional governance since this document first blighted the land in 1791, the military imperative has had the same destructive effects.