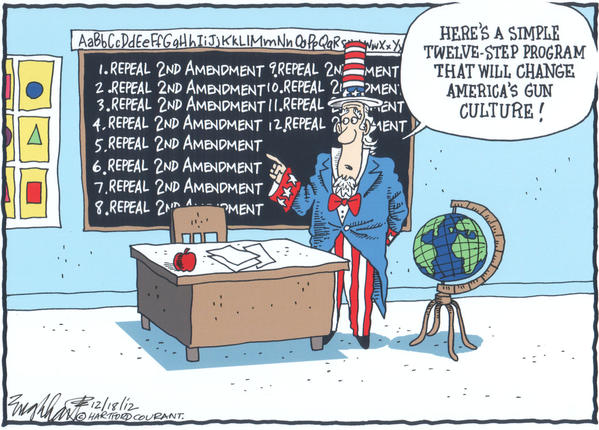 “You only have power over people so long as you don’t take everything away from them But when you’ve robbed a man of everything, he’s no longer in your power – he’s free again.”

Sometime back there was a brief flash in the pan to make contemporary taxpayers pay for the slavery imposed on blacks until the passage of the Constitutional amendment granting their freedom from chattel slavery but not releasing them from the tax and regulation plantation that is America.  The reparations movement sought to redistribute current wealth to any Americans who could prove their ancestors were in chains and they would be granted reparations or a payment for restoration into the original condition they were seeking.

I am always unsympathetic to any forcible wealth transfer and especially one that would be fraught with the peril of fraud and the creation of yet another nightmarish bureaucracy charged with imposing tolls on living and breathing human beings to be vacuumed out of their wallets and tucked into others’ coffers after the government takes its usual sizeable “maintenance fee” to administer such a program.

There was one laudatory effect of such a proposal though; nothing focuses people’s attention more than the potential hijacking of their wealth or rights for specious political reasons such as the latest economic illiteracy and fiscal cliff diving that characterized the recent wholesale takeover of healthcare by the government.  The reparations movement did the same thing, nothing would have focused the national race conversation more than the shenanigans I just described.  The addition of yet another government theft scheme to rob from Paul to pay Peter.

Now we are facing down a lame duck administration and all its apparatchiks in the fight to keep guns in the hands of the private citizens (or subjects depending on your point of view).  After a four year silence on the weapons possession question, the rhetorical cavalcade from the Offal Office and its collaborators in the government and media are clamoring to extinguish all such rights in the march toward turning America into a curious amalgam of modern Great Britain, the former USSR and more regrettable aspects of tin-pot dictatorships around the planet that are terminally frightened by well armed citizens.

The call for repeal of the Second Amendment is nothing new, a cursory internet search will reveal hundred of opinion-editorials and the usual suspects calling for this to happen; they, of course, hail from the government supremacist viewpoints of the collectivist keening and whining that is the national media voice in America on both Fox and CNN.

I am calling for repeal because I think every gun law on the books is wrong without exception and they all need to be eliminated so this appeal is rather lonesome and hails from an individualist perspective that is skeptical of all state power.  Those who have read my work in the past know that I am not only a Constitutional skeptic but believe it is the machine to create and expand big government.  I happen to think the “Founder’s lexicon” has lost all descriptive power such as the term “unconstitutional” and Constitutional, they both mean the same thing in a country that regulates and taxes nearly every form of human transaction without exception.

A movement to repeal would reset the entire conversation, bring honesty to the dialog since the stark reality of absolute disarmament would be imminent and possibly lead to revolutionary arborists tending the Tree of Liberty.

The recent massacres involving various madmen, big pharma patients and other human detritus have set the usual suspects into a flurry of activity to dust off the old prohibitionist bromides that have worked so well in the past like the banishment of alcohol, drugs, poverty and other such crusades that always exsanguinate the subject populations but enrich and expand the political class and its legions of constabulary.  Prohibition is a jobs program for cops.  The repeal of the Volstead Amendment prohibiting alcohol in America on December 5th, 1933 briefly took the wind out of the sails of American law enforcement but the creation of the 1930 Federal Bureau of Narcotics and the 1934 National Firearms Act quickly built on the utter failure of the Volstead Act by seeing lightning could strike twice and give a new lease on life to the lifeblood of every nation-state: police employment.

“When the present administration took office ten countries had ratified the Geneva Narcotic Limitation Convention. The United States was one of these ten…. It was my privilege, as President, to proclaim, on that day, that this treaty had become effective throughout the jurisdiction of the United States….On Jan. 1, 1933, only nine nations had registered their ratification of the limitation treaty. On Jan. 1, 1935, only nine States had adopted the uniform State statute. As 1933 witnessed ratification of the treaty by thirty-one additional nations, so may 1935 witness the adoption of the uniform drug act by at least thirty-one more states, thereby placing interstate accord abreast of international accord, to the honor of the legislative bodies of our States and for the promotion of the welfare of our people and the peoples of other lands.”

I would suggest that there is only one way to truly focus the debate on civilian disarmament in the United States.  In the larger picture, this is yet another attack by the Federal government and its subsidiary political agents in the states on yet another aspect of self-sufficiency.  Whether it is food production such as raw milk, education such as homeschooling or the ability of its subjects to defend themselves, the government will always take a dim view of such behavior.  Cops are the tyrant’s cattle prod and when the peer weapons competency of citizens starts to amtch or exceed that of the praetorians, all governments get very nervous and use every opportunity to strip this capability from their subject populations in the vast feed lots they administer.

So let’s stop beating around the bush.  If the NRA were serious about firearms freedom, they would spend every last dime dismantling every root and branch of Federal control legislation from the numerous congressional Acts that abridge small arms freedom to the enforcement agencies of these bad laws. But they don’t because then they would achieve their objective and close shop.  They would be unable to continuing gallivanting around the halls of Congress wining and dining psychopaths and sociopaths of both parties.  The NRA wants government control of weapons otherwise they would mount ceaseless attacks on every article of civilian disarmament legislation and legal decisions that emerge.

At the Federal level, the only way to end this is to move to repeal the Second Amendment. National Prohibition had been repealed by the Twenty-first Amendment which contains two short but important sentences:

Section 1: The eighteenth article of amendment to the Constitution of the United States is hereby repealed.

Section 2: The transportation or importation into any State, Territory, or Possession of the United States for delivery or use therein of intoxicating liquors, in violation of the laws thereof, is hereby prohibited.

For the purposes of the Second Amendment, it will read:

Section 1: The second article of amendment to the Constitution of the United States is hereby repealed.

Section 2: The transportation, importation, possession and bearing of any firearms into any State, Territory, or Possession of the United States for delivery or use therein of weapons, in violation of the laws thereof, is hereby prohibited.

Nothing will focus the country better than the national debate that would ensue once the civilian disarmament lobby dropped the mask and finally entered into an honest conversation about the actual end-state they seek.  Unlike the current divide-and-conquer strategies that the government leverages within the gun community such as pitting hunters and shot-gunners against black gun aficionados; instead of simmering in the pot as the incremental forces of the gun prohibitionists gain traction inch by inch.  The Repeal would bring the entire agenda into crystal clarity and the fight and demarcation lines would no longer be subject to obfuscation, political gamesmanship and dissembling.  The agenda would be stark and distilled to its essence:

Will a country that strips its citizens of individual armament be as safe and trouble free as the civilian disarmament advocates claim?   Can American exceptionalism make it the ahistorical example where liberty and freedom reigns in a country where every peer weapons capability is imbalanced toward a government monopoly on small arms in its police and military? Lastly, can the US government be trusted to do the right thing?

Nothing will answer that question more clearly than a movement to repeal the Second Amendment.

That national conversation will be revealing and scintillating to say the least.

“A system of licensing and registration is the perfect device to deny gun ownership to the bourgeoisie.”

8 thoughts on “Repeal the Second Amendment by Bill Buppert”