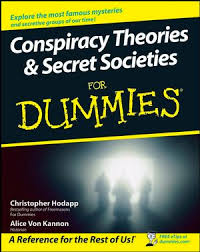 “He who fights with monsters should be careful lest he thereby become a monster. And if thou gaze long into an abyss, the abyss will also gaze into thee.”

One of my favorite internet commentators, ZenPundit, was recently talking about the religiosity and the secular nature of the American sovereignty movement, he has a far deeper interest in things religious than I now or ever would but scintillating commentary nonetheless.  He makes this observation:

“But but but… please!! Even Christ recommends we should “render unto Caesar that which is Caesar’s”. And When the Taoist Chuang Tze expresses his lack of interest in governance, he does so not by way of refusing to pay parking tickets or taxes, but by politely refusing an offer of high office.”

Now I find every objection possible to the notion that the Book of Abraham invariably and unmistakably dictates through emanations (dare I say penumbras) from Romans that all rulers are just and they must be obeyed even if they violate God’s law such as the funding and protection of the pro-death practitioners in the abortion business.

It finally struck me why despite my legion of objections to the Sovereign Citizen movement and my anecdotal exposure to them in north Idaho that further soured my impression why there is still a remnant within their actions that resonates with me.

They seek a legal or religious means to opt out, drop off and no longer participate in a system they object to.  But they seek to be sovereign citizens.

A citizen is by way of the Oxford Dictionary:  “a legally recognized subject or national of a state or commonwealth, either native or naturalized”; a subject or one may say an object in society to be steered by the state in the way that pleases the rulers.  So to me it is a contradiction in terms much like a literal interpretation of a text or rigid flexibility in a fixed variable.  These things cannot stand together.

You either is or you ain’t.

The ability to opt out and remain unmolested by the rulers in the nation you live in is the only qualifiable marker of true individual freedom (I don’t know what the hell collectivist freedom is so I will remain with the preamble to be specific).

So while I agree with the Sovereign Citizen movement in one very narrow respect regarding the notion of opting out, I consider everything else they do from the mythical Uniform Commercial Code notions to the fantasies of employing brilliant jurisprudential sleight of hand in the lairs of robed government employees to the obfuscation and quasi-legal subterfuge to nullify contracts they previously agreed to.  Nor do I think there is a secret bank account in my name granted to me at birth by the US nor a scriptural basis or peculiar (albeit secret) Biblical imperative to refuse the use of identification and the various licensure regimes in the United States.  I need no superstitious basis nor lodestar to know that slavery is wrong in all its variations from chattel to regulatory to tax.

The Sovereigns are so rife with know-nothings, conspiracists and nincompoops it has betrayed any value it may have in popularizing the notion of freedom.  As the Montana Freeman demonstrated, they were simply trading one straitjacket for one they found more fashionable for their needs.

I get it – driver’s licenses and plates, taxes, government liens against property and the sheer rejection of being ruled are all meritorious notions but the Sovereigns lose the forest for the trees when they simply trade one set of noxious rules for another set even that is no different than the hybrid of Jack the Ripper and Alice in Wonderland that is government around the world.

Government is humanity’s most durable and popular death cult that has lasted millennia but that does not mean that eventually folks won’t wake up with a mighty start and ask themselves what they were thinking.  William Wilberforce and Lysander Spooner went a tremendous distance to show conclusively and persuasively that ALL slavery is wrong.  Their work remains unfinished and the Sovereigns are not only tremendously ineffective but provide yet one more reason for the government to employ them as one brick in the wall of the need for the state.

There is no more powerful measure or a more accurate barometer for individual freedom than the opportunity to opt out permanently and remain unmolested by the agents of the state.  The Sovereigns have proven over time they have neither the right ideas nor the evidence to support that proposition.

Opt out the right way…vote for self-government.

5 thoughts on “Sovereign What? by Bill Buppert”