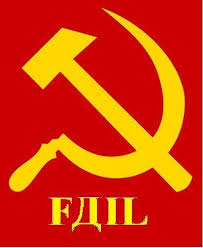 Occupy Wall Street is providing a refreshing new insight into how the collectivist mind works (or does not).  Now that the global warming business is starting to fall on deaf ears, the hard left government supremacist hive mind is having to find new vehicles and venues to press their agenda for universal slavery.  The assault on the tattered remnants of private business is now the subject of much mewling and teeth-grinding by the usual suspects.  I did want to express my personal condolences to Hillary Clinton on the death of Kim Jong Il, her dreams of a happy marriage to a more straight-forward partisan of her most secret ambitions is now dashed on the rocky shoreline of history unfulfilled.  Bill’s trips to Moscow simply did not have the long-term effect desired.

Let’s get back to fundamentals.  What is a private business?  It is a method of trading products and services for wealth to generate profits to enrich the owners and workers in the enterprise and additionally seed the investment, growth and expansion of the business.

What is the business of government and politicians?  To earn wealth and establish punitive control over individual transactions with no merit whatsoever; in other words, to employ the monopoly powers of violence to enrich the few at the expense of the many.   Bastiat said it more eloquently but there it is.  Politicians love to project an image of stately dignity and honorifics for the terrific and self-sacrificing service they do.  The deception is blatant and they are no more than thieves wrapped in expensive state regalia with armed guards to protect them from their victims.  Those victims they have not mentally turned to eunuchs already through the insidious ministrations of television, government education and the soothing bastardization of the language to manipulate the sheeple, are waking up to the sheer audacity of the heist that has been called the state.  Turning the Bolshevik idyll on its head, it speaks to the true nature of government and governance.

What is American-Israel Public Affairs Committee’s (AIPAC) return on its investment of approximately 15 million per annum in memberships and grants?  About 2.77 billion taxpayer dollars plus the special dispensation granted by the DoD and other government agencies for grants and giveaways (30% of the acknowledged US foreign aid budget).  Of course, we all know that per Federal Election Commission (FEC) v. Akins, et al., AIPAC is not a political organization so it is not required to file the onerous minutiae required for political lobbying even though they have five or six registered lobbyists and a host of espionage allegations.

What is the Association of Community Organizations for Reform Now (ACORN) and Service Employees International Union (SEIU)?  Both of these fetid organizations would have no reason to exist if the Federal Government weren’t there to provide the backdoor trough from which they rob the taxpayer.  Unsurprisingly, a tremendous amount of socialist and communist influence permeates both ACORN and SEIU.  Along with the radical Apollo Alliance and the Tides Foundation, they helped craft the monstrous stimulus bill which further bankrupted what is increasingly a zombie economy in these united States.

What do the aforementioned organizations have in common?  As with countless other entities in America and around the world, they would not be here except for the existence of the state.  The government is the parasite and these are the looters and tax-eaters that live upon other’s production and sweat equity.  These are the government analogs of organized crime, muggers and other miscreants whose sole purpose is to thrive off of other members of the community at the point of a gun.  Politicians are very well-heeled and equipped highwaymen who are a menace to peace and prosperity throughout the world as history has ably demonstrated.  These are simply the latest group of sociopaths and their enablers who maintain that man should not be free but under harness and micromanaged for their own good.

They have even developed a sophisticated academic rationale and industry to provide the apparent intellectual rigor to justify the rapine and murderous behavior that government creates and endorses as it merrily destroys all that is good in the world and replaces it with the hordes of shambling and compliant shells of humanity that shuffle off to work every day to pay their taxes so they feed the Machine.  When you consider the tax burden just in America, it almost rivals Denmark and France.  I think the graphs and charts once finds on the internet are deceptive because they don’t address the aggregate tax burden (federal, state, local, excise, corporate, etc).  As I have pointed out before, when all is said and done, Americans pay nearly 60% of their income in taxes once all Federal, state and lower echelonment taxes are accounted for not to mention the impossible task of putting a dollar figure on the mountains of regulation that impede and strangle business every day.  Far greater than the estimated 10% of labor the medieval serfs were yoked with.  The universities and major news organs are choked with vine-ripened apologists for statist excess and murder.  Whether it is the “right-wing” talk radio celebrities popping the bubbly for more strangers killed overseas or the massive “left-wing” herd of apparatchiks on the news media mewling benignly about the efficacy of more laws and restrictions on human behavior, the message is the same:  more government power moves us ever closer to perfection of humanity in this mortal coil. They seek the same enigmatic creature:  Homo Sovieticus.

You have to hand it to the self-described socialists and communists like Bernie Sanders and Van Jones, at least they are honest (even though I think all collectivist thought is a form of intellectual drunkenness) in who they are instead of mouthing platitudes about safety, the children and national security to disguise their unbridled lust for power and control over others.  At least they have the fortitude to precisely describe their child-like reverence for the state without resorting to the intellectual gymnastics of the usual suspects in the media.

Do you want to get a chill that makes your hair stand on end?  Visit the Communist Party USA (CPUSA) website and read the naked advocacy of Obamunism.  It would be fascinating to hire some historians to go through the 12,000 cartons of donated archives of the CPUSA at the Tamiment Library at NYU.  They had to move the archives to clear out four floors of the office building housing CPUSA.  Not to mention the Revolutionary Communist Party USA, Socialist Workers Party, Progressive Labor Party and other morally handicapped organizations.  There is yet another future political forensic project to see how much money these organizations have received from the government and how many of its members have jobs in the administration.    RedDR’s administration was so filled with Soviet agents, communist sympathizers like Vice President Henry Wallace and fifth columnists that it dominated the political paradigm in Washington.  The New Deal was informed by all manner of collectivism during what is considered the American Communist Party’s golden age in the 1930’s and now the cycle begins anew.  I highly recommend the books by Harvey Klehr and Robert Conquest if you want a deeper understanding of the juggernaut.

We often take it for granted in the libertarian orbit that it is a slam-dunk intellectually that private individuals in a cooperative sphere absent coercion are the best form of human society.  If the twentieth century taught us anything, it is this: certain sociopaths in our midst have a penchant to rule and legions of willing and able followers are waiting for the chance to don the yoke and assume the role of loyal serfs.  The argument on optimal human order is far from over and the individualists among us have a huge fight ahead of us to convince our fellow man of the merits of volunteerism, persuasion, cooperation and spontaneous market forces.

While the behavior of the Democrat Party makes it self-evident that they are an unabashed socialist enterprise, the behavior of the Grand Old Politburo has certainly gladdened the hearts of dictators around the planet and put the full strength and manpower of the national security state behind the efforts to track diaper purchases.  We have all heard the tired old saw about the satisfaction of the Communist Manifesto in America but what about the Socialist platform from 1912?  The first preamble:

That could have been pulled from the latest editorial by Paul Krugman in the New York Times.  Here is the list of platform demands and I have italicized which items have culminated and made comments in brackets where appropriate.  I offer this thought experiment:  of all the items which have not been adopted, would the regime in Mordor on the Potomac advance and endorse them today if the opportunity availed itself? To wit:

With very few exceptions, this and the Communist Manifesto is the intellectual backbone of America’s political leadership.  Excepting Ron Paul, what politician at the Federal level is championing states rights, freed markets and non-interventionism domestically and overseas?  Not a soul.