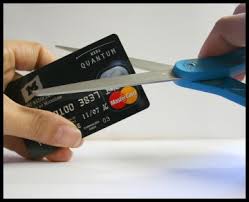 The Greek default isn’t total, yet. Perhaps it won’t be. But more defaults, across Europe and the rest of the world, are an inevitable consequence of modern banks’ and governments’ twisted corruption of capitalism.

Modern capitalism is built on the idea of investment: that by stockpiling more resources than are immediately needed and dedicating those resources to productive tasks instead of consuming them, you can end up with more resources. This works very well, and has been the policy of every Homo sapiens sapiens who bothered to plan past his next meal. Capital accumulation allowed us to progress past our hunter-gatherer roots, although we didn’t have a name for it at the time.

The concept of capital accumulation leads directly to the idea of lending. If you have more resources than you can effectively employ, you might as well lend those resources to someone else, so that he can use them to go produce even more. In exchange for this loan, you expect to receive your resources back, plus a share of those the borrower has produced.

Once you’re comfortable with the idea of lending, another concept might occur to you: that of fractional reserve banking, the backbone of modern finance. In fractional reserve banking, depositors lend their money to a bank, which then lends it back out at interest. This works because the depositors will not, presumably, come to the bank en masse and request the full return of their deposits. There is a tacit understanding that depositors will at some point have access to the funds they’ve put in the bank, just not “right now.”

Fractional reserve banking is hugely important. It makes credit much more accessible, which allows entrepreneurs to do things like discovering the Americas and founding small businesses. Unfortunately, this easy credit market also makes it very attractive for governments to take on impossibly huge obligations in order to win short-term political victories. Governments issue bonds in order to fund these obligations, which are purchased mostly by banks and investment funds. Greece funded their citizenry’s early retirement pensions and short work hours on such bonds; their tax revenues were not and are not nearly sufficient to maintain that standard of living.

Now, if it were possible to make good on these loans, the problem would be restricted to Greece. The Greek people’s standard of living would fall and that would be difficult for them. Unfortunately, there is no way the Greek government can repay what they owe; if the required austerity measures were implemented, the Greek people would simply tear the country apart, form a new government and repudiate the debt, leaving the lenders holding the bag. This is a huge problem for the European Union, of which Greece is a member state. Therefore, the wealthier and more responsible EU members (most importantly Germany) will make further bad loans to Greece, prolonging the problem but cushioning the blow, at least in theory.

If it works – if the partial default makes it possible for the Greek government to meet its obligations, and the lenders are compensated under the new terms – this still only solves the problem for Greece. A number of other EU nations, notably Ireland and Spain, are still similarly troubled – and the Germans only have so much excess capital to share. How long will the wealthier nations of the EU carry the poorer nations? What would be the fallout if they were to stop?

The best solution, perhaps the only solution, is to allow the lenders to deal with the consequences of their bad loans. Greek debt was a bad risk to take, and those who took it should not have their losses socialized.

In any case, we in the united states have the advantage of seeing this unfold from afar. We can learn the difficult forthcoming lessons by watching the European situation unfold, rather than facing our own states’ forthcoming defaults without any reference. The question is whether we’ll pay attention to those lessons.