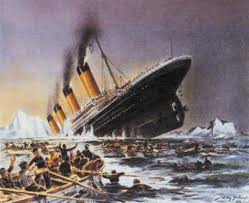 “Giving money and power to government is like giving whiskey and car keys to teenage boys. “
– P. J. O’Rourke

The alleged debt crisis is at the top of the news now.  The usual suspects in Mordor on the Potomac are proclaiming that if they do not leverage the unborn into further debt they will be unable to fulfill their fiscal and fiduciary obligations to a wide variety of parasites and looters at the government trough ranging from pensioners to killer robots.

I would submit to you that there should be no limit on the government’s debt ceiling.  None.  It should be unlimited.  It is illusion and misdirection to think that any entity which can simply force assets and wealth from a captive population would think these limitations important except as a good, if insincere, public relations campaign with the host they are draining.  Within the next six months, these united States will achieve a signal triumph:  an alleged national debt that is equal to the established consensus on the amount of the GDP.  We are presently at 95 percent of that goal and rising.  Russia is at 19 percent and China is at 11 percent.  Even communist countries know better. Mind you, I didn’t mean to besmirch the communist idea in front of the chattering classes as they may find that disturbing since that is their philosophical touchstone for economic prosperity.  Much like a demonic telethon to enslave young and unborn generations to enormous debt obligations, the good ship USS Leviathan continues to happily navigate toward these dangerous fiscal shoal waters.  I say alleged debt because we are all certain the government cooks the books and hides spending it wishes not to reveal, therefore future financial historians may discover evidence of the real debt as they poke and prod the ruins of a former global hyper-power in North America.

Non-funded obligations approaching anywhere from 60-115 trillion dollars loom in the future as the demographic tsunami of pending entitlements crashes on the shores of the Potomac.  Some estimate this as high as 202 trillion dollars.  A slight grasp may be entertained by realizing that there are two trillion seconds in 64,000 years.  In reality, this bespeaks one devilish conclusion:  not only is the Federal government NOT too big to fail but it should have failed decades ago.  What the usual suspects and the punditocracy fail to grasp is that the government has reached such gargantuan and unmanageable proportions, its failure is inevitable.  The entropy of imperfect information used on such a large scale and steered by the kakocracy that is the American political class and the shambling bureaucratic masses employed by the State will end in history’s largest collectivist car crash.

Even if they were to tax the productive classes who make 250,000 dollars per annum or more 100 percent, they would be hard-pressed to fund the budget for four to six months.  FDR even toyed with the idea of a 100 percent tax rate in 1943 but finally settled on the paltry figure of 94 percent.     You will note this is a little over a million souls.  Also keep in mind that this tremendous debt is not being used to fund expensive tooling and plants for viable enterprises which would generate profit yield in innovation and production.  No, these wealth transfers mostly end up both literally and figuratively in the septic tank.

Other commentators have covered more than sufficiently and with aplomb the manifest reasons why an increase in the debt is wrong and why by extension the entire fiscal apparatus is wrong.  I agree with them.  But, in the end, the State’s very existence is wrong and they are simply using thimbles to bail the Titanic after the fatal collision.

My keenest desire is for the US Federal government to spend with abandon, print as if there is no tomorrow (they are prophetic, aren’t they?) and produce a state leviathan so large and cumbersome that Lenin would be chagrined at the excess.

There is no such thing as a courageous politician because they are self-selected strata of psychopathy whose prime directive is preservation and expansion of power at everyone’s expense except their own.  Any expectation otherwise will always result in severe disappointment on your part.  It is ironic that the worst elements of humanity are those in charge but history is rife with such folly.

This time I want Obama to win and to continue to print and spend as if there is no tomorrow.  My prognosis is fiscal collapse and the future is bright.  Wait for it…

“Ancient Rome declined because it had a Senate, now what’s going to happen to us with both a House and a Senate? “
– Will Rogers

5 thoughts on “Unlimited Debt is the Answer by Bill Buppert”