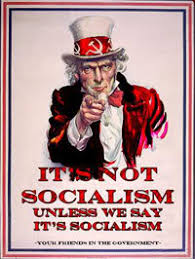 Whenever the word Anarchy is whispered it is accompanied by thoughts of Molotov Cocktails, hooded punk youth, and general chaos. I can understand these thoughts, at one point in my life I was the skateboarding punk “Anarchist” who actually had no idea what the principles of Anarchy were. I also was not a very polite young man, and I had no problem proclaiming very loudly my “beliefs” to people who did not necessarily want to hear them.  My view of Anarchy back then is very much at odds with the actual principles of Anarchy, but my views were right in line with the public’s view of the ideology. I just wanted to bring the whole rotten structure down, regardless of what system, or non-system rose up in its place. However, I am also of the impression that Statists also try and tarnish the idea of Anarchism the best that they can. There are documented reports of law enforcement officers dressing up in the standard “anarchist” garb and causing ruckus at public events. Heaven forbid the public ever find out the “State” is just a huge scam, and in fact, the biggest ever.

There are a couple of different traditions in the Anarchist school thought; I most closely follow the individualist flavor of Anarchism. I believe the individual can claim sovereignty over himself, and his claim should be recognized, and respected. I believe I have supreme authority over myself, and the property I claim as mine. Any form of government that puts me at odds with my beliefs I consider immoral. I do not believe man or any group of men has “rights” or “powers” that would violate my own claims. I do not believe man or group of men can take what I claim to be mine for any reason, even if they think it might “benefit” me.

I recently listened to a debate between an Anarchist, and a Libertarian. The debate was very interesting to say the least. The two men spent almost the whole time debating the principles of the ideologies they claim to represent. The Anarchist was claiming individual self-ownership, and that was his principle. He stated no entity has the moral right to violate his claim. The Libertarian claimed that a group had the “right” to usurp his claim of individual self-ownership for the benefit of all. The Libertarian gave the example of defense, and that 7 out of 10 men had the “right” to make decisions that would essentially affect the hypothetical 10 out of 10. In one example, the Libertarian claimed the individuals that made up the group right to self-ownership was violated if the individual who lived in “their” society did not want to pay for defense, but “benefited” from the “security”. The Libertarian made the claim that the Anarchist was in fact stealing for not paying his fair share. At one point in the debate the Libertarian made the claim that it was the fault of the Anarchist for not siding with the libertarian to stop the Statists. He never stopped to realize HE is the Statist! I will not go into a rant on how absolutely absurd this line of thinking is, and how reckless and dangerous it has proved to be throughout history. I am not writing this essay for that purpose.

I am here to tell you that it is absolutely crucial for the mere idea of Anarchy to live on. Even if an Anarchistic society is never achieved, the idea must never be forgotten. It is the anchor to the ship of Statism. It is the only true remedy for the disease of Government. If the world is plagued by the parasites of the State, what other than Anarchism would be the solution? You don’t get rid of cancer with more cancer. You don’t get rid of Big Government using “Small Government” Libertarians. Sure maybe some libertarians may say, “not on my watch”, but can they promise that for their grandchildren’s generation? Think about it like this, if the idea of Anarchism didn’t exist, where would libertarians pull their ideas of freedom from? Themselves? Absurd! Their principles when broken down to the core are identical to the most rabid Statists! So Anarchists that read this, keep your heads up! You do the world an immeasurable amount of good by simply sharing your principled beliefs with others. I will promise you this, as long as I can speak my mind, I will question theirs! I will try my best to be as principled as can while passing on these ideas. I take comfort in the fact that the idea of pure liberty cannot be extinguished, it is a human condition.

“It is the conservative laissez- fairist, the man who puts all the guns and all the decision-making power into the hands of the central government and then says, ‘Limit yourself’; it is he who is truly the impractical utopian.”  -~Murray Rothbard 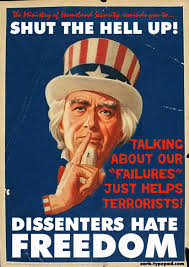 6 thoughts on “The Idea of Anarchy by Chris”