“Disregard then, reader, my title and my character, and attend only to my arguments. It is in accordance with universal consent that I undertake to correct universal error from the OPINION of the human race I appeal to its FAITH. Have the courage to follow me; and, if your will is untrammeled, if your conscience is free, if your mind can unite two propositions and deduce a third therefrom, my ideas will inevitably become yours.” 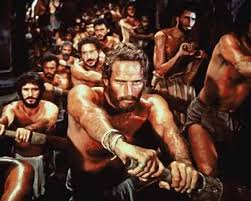 If I were asked “What is the State,” and I were to reply “It is slavery,” my meaning would be understood at once. The State binds its citizens through force, and through force it compels them to do its will. That the State is composed of citizens does not mean that it has the best interests of citizens in mind; the State has no mind. The State is an arrangement, an agreement of the strong and violent that the labor and productivity of the people ought to be bent and directed with no consideration of their wishes. Like the slave-master, the State demands a monopoly on the use of force, or it ceases to be.

This monopoly on the use of force is the only defining characteristic the State possesses. The Kings of yore claimed their rights to rule from God’s will, the Democracies and Republics of today from the will of the People, and the modern atheist Dictators from a claim to best understand the common good. These States are unified not in the self-described origin of their powers, but only in the powers themselves, and the monopoly upon them. The ‘goals’ of the State may change from age to age and from place to place, but that remains intact.

It is to that monopoly of force that Anarchists of all stripes must be opposed. It is that violent subjugation of the individual will that is the greatest threat to human development, not the scheming banker or lazy welfare recipient, not the immigrant laborer or the bigoted “Teabagger”. The State, and the armament of the State’s agents, and the illegitimate claim to an authority of the people, of God, or of the greater good – these things will reduce the free thinker to another cog in a misguided machine. It is the State’s machinists, not the other prospective cogs held captive with us, to whom we should be opposed.

To fight with other Anarchists over the meaning of the term ‘anarchist’ is at best futile and at worst counterproductive. To return to our etymological roots, to oppose violent authority, war, and the enslavement of the citizen by the State: this is best. Rothbard is not our enemy, nor is Proudhon: our enemy is the Leviathan State, Mordor on the Potomac or the Thames or the Seine. We fight this enemy best by proselytizing to new blood and increasing the overall awareness of anti-State thinking, not by arguing over the “capitalist” or “socialist” portions of “Anarcho-Capitalist” and “Socialist Anarchist.”

4 thoughts on “Who is Your Enemy?”