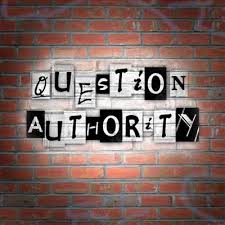 Publisher’s Note: I published this almost two years ago and it still rings true.  I was asked at the Freedom Summit in 2010 after my speech during questions what was the most important tool or consideration for surviving the coming bad times.  Most expect me to expound on G3 (Gold, Guns and Groceries) but I responded that critical thinking was, first and foremost, the most important and vital weapon in the armory.  Nothing even comes close.  Much like the overweening importance of prioritizing skills over equipment, a mind is a terrible thing to waste.  Your lack of skepticism toward the powers that be is what enabled the very walls to be erected in these tax jurisdictions shaped like penitentiaries called nation-states.

You live in a civilization whose entire rationalization is based on a few brutal misconceptions among which is that the state must have the power to fine, cage, maim and kill anyone it wishes at will and all your friends, family and neighbors are YOUR property.  If that were not the case, how could the state possibly enable the massive theft of time, resources and property on a daily basis to feed the groaning leviathan that provides all those vital goods and services the government/media complex trumpets triumphantly about daily to include America’s largest export, killing recalcitrant brown people who refuse to submit?   Through the proxy of the state, you have personally signed on to an evil compact that permits, nay compels , the government to act in the beastly and ghastly way it does every day.  All of your socialist and neoconservative friends won’t admit it but you are THEIR property otherwise how would they fund the beasts in DC and its political subsidiaries in the states?  They even have the wherewithal to commit you and your progeny to obligate to pay down future debt leveraged against their future; even though the dimmest economists know it will all collapse in the end (except Paul Krugman whose statist bloodlust knows no bounds).

Think outside the box and question all authority outside your family.  Your life and the bright future of your children depends on your ability to do the intellectual heavy lifting and figure out that most everything you were taught in the government schools was a lie and that practically anything claimed by the government has one raison d’être: to compel your unquestioning obedience and servitude to the state and to ensure that its existence will always trump yours. -BB 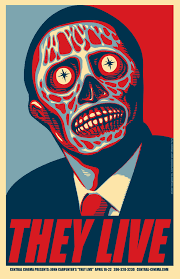 Human progress is furthered, not by conformity, but by aberration.
~ H.L. Mencken

For some time, I have been trying to figure out why the nation and we as individuals are in the fix we are in now. Many reasons manifest themselves. We labor under a government of such monstrous reach and epic incompetence that it makes the Soviets now look like a paragon of efficiency and probity. We suffer under a ruling class that has not simply been a gangster government under Obamunism but has been this way since the defeat of the original Constitution in 1865. With each illegitimate war since 1898, the power of the Federal government has increased exponentially. With each manufactured crisis, liberties and freedoms have withered and died. This is simply the latest and greatest improvement in the ongoing process of our overseers to find emerging ways to increase the output of our slavery.

I have alluded before that we live in the country and have occasion to run across orphaned animals. We have horses and chickens and other assorted animals on the Circle A Ranch. My wife happens to be a fantastic gardener and the reincarnation of Dr. Doolittle. We discovered by following the horrid cacophony of rabbit screams three orphaned cottontails, two of which promptly died. My wife is now nursing the survivor and hoping to brighten his life expectancy in this mortal coil. As is her wont, she is an inveterate researcher and proceeded to go on the ‘net and search out advice on care and feeding of a rabbit which is not one of our areas of husbandry expertise. What struck her were the countless admonitions to seek government assistance and report it to wildlife “authorities” or the zoo. I look around and converse with colleagues and associates to find my fellow Americans increasingly frightened or unfamiliar with doing anything without someone’s permission. Whether at work or play, we:

I have discovered the silver bullet and it is from the University of the Intuitively Obvious: question authority and maintain a skeptical attitude about all facets of government and governance. That’s it…simple. Even those of us who have invested considerable intellectual heavy-lifting in discerning why the government in all its consistent brutality and blood-raged destruction commands such a loyal and slavish quality in men are baffled by the absence of this simple epistemological tool to ask why on a consistent basis from stem to stern. If enough vigilance is maintained at the outset and embryonic stages of so much government mischief, much of the madness could be strangled in its statist cradle through peaceful discourse, non-compliance, shunning and development of innovative strategies to sabotage the government’s machinations. Most government programs start out with promises of nirvana and positive outcomes but the history of man shows that this is essentially iatrogenic and hubristic. The state is a violent actor by necessity to preserve its power and expand it, so inevitably the promises dissolve into a nightmarish brew of incompetence, lethality and baleful societal consequences and we are stuck with the myriad Frankenstein monsters shambling about with the vague promises of eternal goodness and heaven on earth.

One may say that the horse is out of the barn and we are truly stuck with the state of affairs and no amount of reform will fix DC and its loyal minions at this stage of their maturation and dominance and you would be correct. The rub is this: the FEDGOD will fall and it will be in the next 12—24 months and much like the USSR, it will perish of its own internal Marxoid contradictions. Foreign wars, self-induced economic calamity and sheer naked arrogance will force it to fold and dissolve as a ruling elite. This is a window that rarely opens and the opportunities will be tremendous — for both sides. The furloughed politicos will spread their contagion when they flee the ruins of the DC power structure and seek to encourage the usual suspects among government workers and gullible subjects to help resurrect this monstrosity that has been astride our necks like a decomposing albatross. Truth serum will be necessary and that all starts with the kind of skepticism and incredulity that seems to characterize most everything we do except our attitude toward our rulers. Cross-examination is the engine of truth. Question every bit of alleged government authority which emerges from the ashes. This is one reason Thomas Jefferson was agitating for constant revolt for the tree of liberty. Government is a fungal growth that cannot be checked without constantly striking the root and taking whatever measures are necessary to curb its growth.

You won’t find this kind of critical thinking taught in the universities or any facet of the school systems because skepticism and clear thinking will be the end of them and the whole rotting mold growth choking American civilization called government. When was the last time you saw a government sponsored university study which called for the reduction and/or elimination of a statist rule or department? You don’t have to be a philosophy major or graduate to realize that Socratic drilling works. This is simply the process where you repeatedly ask why to a set of explanations until either you are satisfied the meritorious answer has been given or the shoddy intellectual construction is bared for all to see. It bears repeating: the entire artifice of the state is based on the threat or employment of violence to meet its ends, so it is morally illegitimate and reprehensible from the starting blocks. You have the moral high ground because all government for the most part is an elaborate shell game to develop proxy relationships with servant classes who obey at the urging of a lash or worse for the material and power benefit of the ruling class. Wake up, helots!

This is the chance we have. A dozen, fifty or hundreds of resistance and secessionist entities are going to move into the vacuum left by the great sucking abyss of the FEDGOD collapse. Hundreds of laboratories will emerge to test every variant of political collective and ordered enterprise imaginable. I have little hope for the subjects and somnambulant mental zombies that stumble around the cities of the Left Coast and the Northeast (Vermont and New Hampshire excepted) will do anymore other than instantly resurrect facsimiles of DC patterns of rule and other processes of national socialism but between the Marxist coastlines; the life and times of ordinary Americans will take extraordinary turns to develop from scratch freedom-oriented communities and spasms of spontaneous order. People may finally awaken and look at their neighbors and try to do the right thing. They may seek a system that asks, persuades and cooperates instead of bullies, collectivizes and forces through violent means the shape and texture of human relationships. They will be the vanguard of the men and women who finally awaken from the five millennia fever-dream of enabling various strangers the power of life and death over thousands and millions simply because they have surrendered the most basic right of all; leave us the hell alone.

Turn off the television, grab a book(s) and have conversations with family and like-minded friends. Go out and do things. Start a garden, fix your fencing, move to the country and reach out to the community you live in. Open your mind to the possibilities before us. Most of all, question every aspect of your relationship with authority. Does it derive from fear or respect? Does it emanate from first-hand experience or second-hand knowledge? How many times have you truly asked why a certain bureaucratic edict must be followed? More importantly, what is your line in the sand where your servitude stops and your resistance begins? Just say no to big government. Once a man establishes his limitations for tolerance of interference in his life and adopts a resolute stand against the forces buffeting him against his will, the world will change.

If you are still reading this, you are the Resistance.

“During times of universal deceit, telling the truth becomes a revolutionary act.”