Publisher’s Note: Chris has provided us with an insightful original essay on the thorny abortion problem in a voluntary society.  The introduction is heart-wrenching but poignant. I am opposed to all abortions except when the life of the mother is threatened because for a variety of reasons I believe it to be cold-blooded murder of the most innocent among us.  I also come to this conclusion in what I have discovered is an unusual tangent.  I am not a religionist of any stripe and most of my friends and acquaintances that are pro-life draw a Scriptural basis for their belief.  I would add that shunning and shaming of the practitioner and the users of the services of a baby abattoir are useful social prohibitions. -BB

In my last post I talked about how the free market would be superior to the coercive system we have now. I would like to get a little more specific with how we could apply this to the controversial issue of abortion, but first I would like to tell you a very personal story.

A little over 5 years ago I received a call at work. I picked up the phone; it was my son’s babysitter. She was frantic, she informed me my son had stopped breathing, and the paramedics were on the way. I remember the time on the clock was 5:07; I was working late that day. I ran and grabbed the keys off of my toolbox, and drove as fast as I could. The babysitter was a healthy 20 minute drive away. Me being the gearhead that I am, my little four banger was up to the challenge. I don’t remember too much of the drive, but I do recall exceeding speeds of 125mph. Here in Virginia farm country, I could drive these back roads blind-folded. I made it there at 5:20. I was informed the paramedics arrived at 5:10.

I could see my son in the ambulance. It was crowded in there, but I could see my son’s little arm hanging off of the stretcher, it looked lifeless. Refusing to believe the worst, I was pacing, and praying. A paramedic stepped out of the ambulance with tears in his eyes. He said “I am so sorry, sir, we tried to revive him for 30 minutes”. At that moment, it was like someone had just removed my legs. I was on the ground faster than if I would have slipped on ice. I was speechless; I then looked to my right and saw my oldest son, Christopher. His babysitter, Dorothy, was holding him by the shoulders. She was like a second grandmother to my boys, and she loved them both very much. Still unable to use my legs, I waved him over. I held that boy as tight as I could, he asked in his three year old voice: “what happened to David, Daddy?” My son, David Ford, was pronounced dead at 5:39PM Oct 26th, 2005. He was six months old. He passed away quietly in his sleep. The doctors say the cause was SIDS. I am not a woman, so I will never pretend to know what a woman goes through when she has an abortion, but I have buried a child.

Very needless to say I am pro-life. I am in favor of all human life in all forms. Whenever I hear about children being harmed, or abortions being performed, it quite literally hurts my heart. I am also a firm believer in the non-aggression principle. I do not believe in the initiation of force, even to stop a woman from aborting her child. In a free and voluntary society, how could these two beliefs be rectified?

Government only makes this issue worse by passing laws to regulate it. Not to mention, it uses this very controversial issue to divide us. Have any of you ever noticed how these issues are brought off of the shelf around election time? It seems to me it would be a good way to fund campaigns. The politicians need only to mention this issue, and the money starts rolling in. The pro-choice left and the pro-life right shovel money at these politicians who probably don’t give a damn about abortion. As soon as the elections are over, the issue goes back on the shelf. If the government makes abortion illegal, or regulates it heavily, it does not take away the market demand for it. This only pushes women to find “illegal” ways to get abortions performed. These women now risk life, safety, and freedom. Since these abortions will be performed by “criminals” there is no telling how sanitary or safe the procedure will be. Making something illegal does not take away market demand; it only makes it more dangerous. This is why the black market exists. I believe the government is not interested in trying to solve the problem of abortion. Besides, once one has a firm understanding that the government has a monopoly on the use of violence; one quickly comes to the conclusion that the government cannot solve any problem.

How could the free market ever respond to such a dilemma? In a society where coercion is not a factor and reaching for the guns of government is not a choice, what can be done?

I believe that in an environment where individuals were 100% responsible for their choices, more rational decisions would be made. Without Uncle Sugar around to subsidize pretty much everything, consequences will have to be suffered. Maybe we will once again learn that actions have equal and opposite reactions. Without government around, natural law and the natural application of that law will come back. Perhaps parents will spend more time developing certain underlying principles their children should adhere to. Teaching them that all human life is sacred in all forms. Abortion can’t happen if there is no conception. We need to strike at the root of the problem. In order to change society, we need to change minds.

Of course, this will not and probably never will stop all abortion. So, how can these instances be handled? In order for free market principles to be used here, humans would have to trade something of value for something they think may be more valuable. 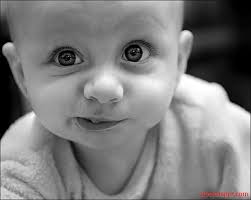 Let’s see how a situation might play out in a voluntary society. Say there is a young careless couple, and the woman ends up pregnant. The man wants to keep the child, but the woman wants to abort it. Perhaps a contract could be made to save the child. The contract might say upon safe delivery of the child, the mother would receive some kind of payment. The money or whatever object of value that was agreed upon could be held in escrow. The father values the life of the child, and the mother values the payment. Both of these individuals would be working within their own self interest. Let’s say the mother was not satisfied with the contract, and did not want to get “stuck” with the child. In the voluntary society I choose to envision, there would be many charities. With the government no longer around to be “charitable”, real humans that actually care will fill the void, and the void would be much easier to fill than most think. Perhaps this young man could get one of these charities to “co-sign” on this contract. Many different people or groups of people could co-sign on this contract to seal the deal with this woman. These contracts could be tailored to fit specific situations. I could picture people coming up with contract arbitration companies that specialize in abortion contracts.

What if she liked to drink, and do drugs? Well, maybe the contract that was written went into specifics how these situations would be covered, but there might be other solutions. The health insurance company that covers the father might be able to offer some kind of pre-natal health insurance (remember that without government regulation, insurance will be much cheaper). Perhaps this insurance company could offer some form of payment if the mother stays clean. It would be cheaper for this company in the long run, because the child will run less risk of serious birth defects. The same way insurance companies now offer discounts to non-smokers. Maybe for every clean drug test she passes, she gets something of value. The mother could be a member of the same insurance company, and a deal might be struck. This is also an example of how humans can be governed using their own self-interest. The mother could choose to voluntarily enter into any of these contracts, and then she would be governed by her own doing. Of course, force could never be initiated to enforce these contracts, but there would still be consequences (think in terms of credit reporting agencies). I’m sure there are many more solutions to this problem. We will never know unless we try.

Some of you might be thinking how a price could be put on a human life. If you are, you are ignoring the possibility that a human life might be saved (hypothetically), and it was all done without force and coercion. When thinking in terms of a voluntary society, you have to employ the power of persuasion, never the persuasion of power. 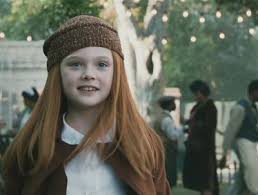 A society grows great when old men plant trees whose shade they know they shall never sit in.
–Greek Proverb