“Never initiate force against another. That should be the underlying principle of your life. But should someone do violence to you, retaliate without hesitation, without reservation, without quarter, until you are sure that he will never wish to harm – or never be capable of harming – you or yours again.”

– One of the tenets of the Western KYFHO Sect

F. Paul Wilson wrote a wonderful science fiction series called the LaNague Federation which posited a future in which a number of planets manage to break away from imperial bondage only to fall into the totalitarian habit themselves causing yet another plot to emerge to break apart that political jail sentence on the inhabitants of the various worlds.  Two planets ion the system manage to remain neutral and not be a part of the imperial system which emerged after the first secession – Tolive and Flint.  The former planet is peopled by a voluntaryist society adopting a more passive version of the KYFHO (Keep Your Fucking Hands Off) Sect while the planet Flint is manned by a more…aggressive village model.  They are what are referred to as the more violence-prone sect of KYFHO with one exception – they never initiate violence but their response to first aggression against them is swift and destructive.  This is not to say the Tolive inhabitants are more pacifist, they simply don’t train to the deadly standards of the Flinters.  When the Flinters are off-world, they are given a wide berth.

There is also an interesting vignette from one of the earlier LaNague novels.  There is a food riot in a city on Earth, government caused, of course.  As the thousands of rioters near the Tolive neighborhood, they don’t step in any of the established boundaries and give it a wide berth because even the crowds sense and know from past history that trespass in those Tolive neighborhoods means certain death for all who entered uninvited so the entire mass of rioting humanity flows around the beleaguered neighborhood to prey on a more vulnerable part of the city.

We just got finished over the weekend attending a four day tactical handgun course to improve our martial skills.  Grueling and intense, the training showed both strength and weaknesses; we took the appropriate notes and are working to address any shortfalls and adopt and adapt our new skills to improve pre-existing.  The relatively soft existence of modern America makes it easy to fall into the somnambulant trap of acquiescing to the easy flow of modernity and become the shackled and groomed subjects of the state we are today.

It is one thing to have the tools.  All of us know the mall ninjas and 5.11 clad paramilitary thugs-in-training whose moral compass is the cinematic musings of their favorite psychopath and the propensity to see violence as the solution to every problem, especially those chosen by the state: drugs, illegal weapons, brown people from south of the border, you name whatever the government media parakeets have squawked into their heads that stuck to the government school manipulated frontal lobe.  What distinguishes these worthies from the Porcupine Committee we represent is the initiation of force.  Whether cops or the aforementioned militant shamblers, they represent the brown shirt contingent that not only populates the forces of darkness in police departments and Federal Law Enforcement Agency (FLEA) enclaves across the fruited plain but in the minds of the usual suspects you may meet on occasion at the range.  The bevy of trucks sporting stickers supporting this or that Grand Old Politburo nincompoop or supporting the nation’s largest gun prohibition organization, the National Rifle Association.  In addition to the almost tearful support of the War on…Everything.

Those of us on the side of light who embrace the Non-Aggression Principle and KYFHO must tend to both our tools and our skills.  The Japanese evolved over centuries to match both to perfection whether it was open-hand, sword or bow. The skill was a salute and honor to the keenly crafted tools they employed.  If you have a Lee-Enfield and you train handily and with care and attention to the rifleman’s skill, in most circumstances you will prevail over the less skilled but better equipped mall ninja whose AR platform may make it weigh twice as much as it should be adorned with all the latest fancy gadgetry that makes it look like a Star Wars stage prop.

These are illusory times because we are heading into the philosophical badlands in America where millions will swoon to the swan song of patriotism and flag waving that will accompany the USS America as she struggles to stay above the waves.   The iceberg she has run into was made in the USA since economic calamity is one of our prime manufacturing bases and an export we are sending out to the world like a virus.

Train like your life depends on it. Because it does. 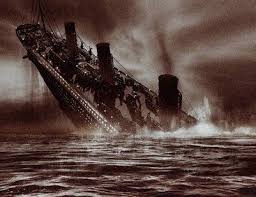 “The spirit of resistance to government is so valuable on certain occasions that I wish it to be always kept alive.”