“The principle that the majority have a right to rule the minority, practically resolves all government into a mere contest between two bodies of men, as to which of them shall be masters, and which of them slaves; a contest, that — however bloody — can, in the nature of things, never be finally closed, so long as man refuses to be a slave.” 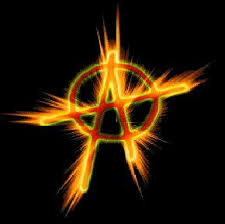 Publisher’s Note: I have some very bright readers and some of the responses I get are incisive and pack a powerful intellectual punch.  I had the pleasure of meeting Roy at the Freedom Summit in Arizona in December 2010.  We have since corresponded and found a mutual interest in privatizing the planet.  One of my friends penned a recent essay on the Constitution that drew ire from the usual suspects but also the reflection by Roy.-BB

The Constitution is Evil Incarnate But What Can We Do? by Lee

It is instructive to see that we are pressing the edge of the envelope in acceptable speech on governance and, most important, starting to see the cracks appear in the once almost impenetrable facade of Constitution worship that has permeated the dialog Left to Right in these united States.

These are paradigm shifts and you, dear reader, are at the cutting edge of the greatest revolution in human affairs…ever.  The complete rejection of the state and all of its authority;  not in the fantastical fashion of Marxian historical illiteracy or the libertarian pipe-dream of limited government but the wholesale rejection of the very idea that your life can be ultimately taken or forfeit for failure to obey watchers who are caging and restricting you for your own good.  Freedom has consequences and the state despises ALL of them.

I find it somewhat humorous and ironic to find comment[ators] on a website entitled Zero Gov defending the concept of government at all, even the false advertised version embodied in the US Constitution. But it’s good to hear those comments, because the last thing voluntaryists should be doing is wasting their time preaching to the choir. Besides, just about every one of us zero gov “extremists” have been there at one point in our lives. But we hope that everyone who believes in libertarian principles will continue to follow them to their natural conclusion, which is anarchy. What it all boils down to is–are your principles strongly enough grounded to allow you to take a leap of faith in your fellow humans? After all, for you to enjoy freedom, you must allow everyone else to enjoy freedom.

With all due respect to the defenders of that “sacred writ”, George Bush was correct when he (allegedly) said that it was nothing more than a G-D piece of paper. There is no such thing as “We the People”. That is a fiction, a mental construct. There are only individuals. There is no “social contract”, since legal contracts are mutually agreed to between two or more people, with due consideration and a full and complete understanding of what goods or services are being exchanged. One cannot bind others to a contract without their consent. And one cannot bind future generations to a contract without their consent. The idea of “collectively” spending money and leaving a debt burden on children and future unborn generations is one of the most immoral concepts ever conceived by the human mind.

Really, there is no “government”, that is only a fiction as well. There are only individual people who make decisions or take actions based on false beliefs that a piece of paper:

Since each of us has grown up in a world where “government” is assumed to be a universal truth, it is difficult for us to see what life would be like in its absence. Now if one researches, there are many brilliant authors and lecturers who have proposed free market solutions to roads, education, charity, justice, environmental protection and even military defense. But how things would sort out in a world without belief in government is irrelevant. Those of us who believe that civilized life can exist on a voluntary basis are under no obligation to prove how society will operate in an environment of complete liberty. It’s not even possible. Only a truly free market can determine that, and we have never experienced a truly free market in our lifetime. If enough people come to understand the most basic principle that the initiation of force against their fellow human beings is always morally wrong, then we’ll evolve into a healthy civilization grounded on true freedom. If we continue down the path of accepting that “government” is a “necessary evil”, then we will continue down the de-evolutionary path toward a totalitarian police state that we are currently on. When one begins to see the horrific consequences of this false belief in the Constitution, is it really hyperbole to call it “evil incarnate”?

Be prepared, abolition will never get you invited to the most popular parties…

“No attempt or pretence [sic], that was ever carried into practical operation amongst civilized men — unless possibly the pretence of a “Divine Right,” on the part of some, to govern and enslave others — embodied so much of shameless absurdity, falsehood, impudence, robbery, usurpation, tyranny, and villainy of every kind, as the attempt or pretence of establishing a government by consent, and getting the actual consent of only so many as may be necessary to keep the rest in subjection by force. Such a government is a mere conspiracy of the strong against the weak. It no more rests on consent than does the worst government on earth.”