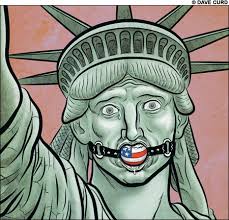 Free speech is too dangerous to a democracy to be permitted.

Political speech is now in the hazard thanks to the homicidal tendencies of a madman who gunned down a Congressman and a number of others folks in front of a Safeway in Tucson, Arizona on Saturday, 1/8/2011.  Mind you, the loon who committed this heinous murder apparently had no political agenda one could put a bead on.  Among his self-described favorite reads were The Communist Manifesto and Mein Kampf, sort of a greatest hits ensemble for the government supremacist crowd.  I suspect the usual suspects are rather peeved when this evidence comes out so early and makes them hesitant to pin the political rose if it points in their direction.  Keep in mind that Left and Right in the American polity, the office-holders in America are but a hairs-breadth away from the philosophy in both those tomes.  Both books are paeans to state violence and that is the sine qua non of all governments.

Do you doubt me?

We live in a country that maintains a murderous empire that straddles the globe and kills every day. It employs both occupation forces and robot killers to do the deed and tens of thousands of women and children have been added to the butcher’s bill in foreign lands.  At home, we have an active policy of torture, we bury humans in a prison system outside of the already pathetic Constitutional safeguards and a government that thinks it can kill ANYONE at will.

The same government maintains a sophisticated system of wealth extraction of all its “citizens” (read that as feedlot cattle), makes every CPA and bank a non-funded IRS agent and facility respectively and has erected a multitudinous set of laws that is so vast not even the system understands how to administer it.  To make all of this stick, legions of “law enforcement” personnel are deployed across the land to detain, beat, cage and, on occasion, murder to keep the system afloat.  But that is not enough, on top of all that is a vast intelligence apparatus that has cast Mordor’s eye inwardly upon the land to seek out terrorists and whatever else fits that convenient moniker for cattle misbehavior across the fruited plain.

But that is not enough.

Now the rulers of the land are finally able to cast a net over the Internet and all media and haughtily call for rules and edicts to limit or fetter free speech if it threatens them.  Officeholders, that particular breed of psychopath that seek political office, are now starting to bleat in horror for their safety and hoping to translate that fear into another muzzle on the people.

It almost makes one wish the shooter in Tucson had some discernable political compass instead of the madness anyone can read in his actions and his mug shot.  At least then one could discern what his object were but so far he smells like the standard collectivist apologist we have grown so accustomed to seeing. 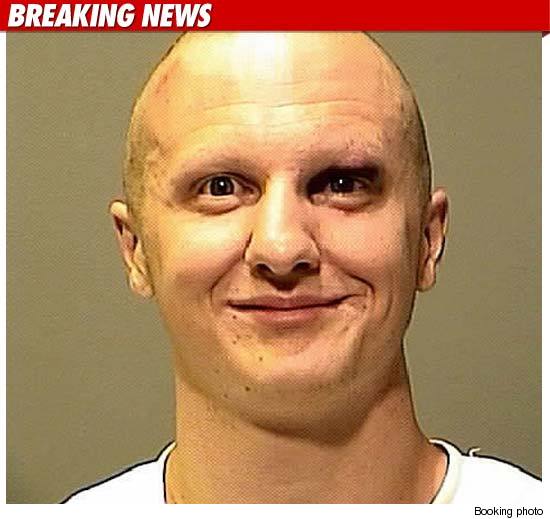 The state pushes, bullies, steals, thieves, cages, maims, kills and prostrates its citizens at the whim of their every political desire to tighten their death-grip on the smallest facets of our lives.  Every day.

Then one of the cattle pushes back and the state bellows in naked fear and lashes out at the whole of the people to mete out a punishment to all for the sins of a few.  Of course, this is the causus belli for almost every law on the books.

As an aside, we see that it is ordinary citizens once again who thwart an even worse mass murder and the cops, in their habitual role as historians, arrive after the fact.  Anarchy or a stateless society is not a society without rules, it is a society where the citizens can captain their own destinies and protect their neighbor in the absence of the “professionals”. The anarchists won the day again much like they have for other “terrorist” incidents happening throughout the land.  It seems the only lime law enforcement is on mission is when they are provoking the terrorist acts themselves.

We can only hope that Giffords recovers and lives a prosperous and rich life.

Initiated violence is never the answer and it will only get more of the same.  You can not beat the state at its most powerful natural ability:  the capacity to maim and kill without limit.

The peculiar evil of silencing the expression of an opinion is, that it is robbing the human race; posterity as well as the existing generation; those who dissent from the opinion, still more than those who hold it.  If the opinion is right, they are deprived of the opportunity of exchanging error for truth:  if wrong, they lose, what is almost as great a benefit, the clearer perception and livelier impression of truth, produced by its collision with error.

Notes in the Margin: Grigg does a far more eloquent exposition on this subject in his latest essay: https://freedominourtime.blogspot.com/2011/01/cult-of-sanctified-violence.html

Americans were not admonished to observe a moment of chastened silence in memory of the victims of that exercise in criminal violence. This is, in part, because observances of that kind would quickly become tedious: Since 2008, Pakistan — a country with which the government ruling us is not formally at war — has endured at least 250 drone attacks, in which roughly 1,400 people have been killed.

According to the most conservative estimate of “collateral damage,” only a tithe of those slaughtered through drone strikes are “militants.”

Hundreds of civilians have likewise been massacred in the ongoing “surge” in Afghanistan, many of them in nighttime raids by “Special Operations Forces” — that is, death squads — whose behavior is not easily distinguishable from that of Jared Loughner. At least a hundred thousand civilians have been annihilated in the continuing war in Iraq, which was inaugurated for reasons just as delusional as anything that percolated in Loughner’s distressed mind.

For those who worship at the altar of the omnipotent State, mass murder of this kind is an exercise in sanctified violence. In a 2009 interview with Foreign Policy magazine, Bill Clinton — who has repeatedly denounced  “anti-government” speech as a form of criminal sedition — defined terrorism as “killing and robbery and coercion by people who do not have state authority.” (Emphasis added.) What this means, of course, is that “killing and robbery and coercion” by duly authorized agents of the State isn’t terrorism, it’s policy.