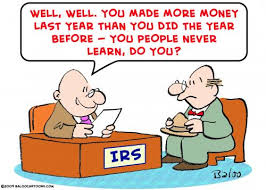 Kaiser pens a great blog over at https://kaiserleib.com/blog/.  He is also a senior editor over here at Zero Gov.

He worries over some of the implications of the non-aggression principle which is central to the thinking of ethical anarchists and abolitionists everywhere.  He raises a number of prickly observations that should concern philosophers of liberty.

While I abide by the non-aggression principle, a bothersome problem has always been how you respond to acts veiled in violence but championed on the grounds of the greater good like taxation.   Taxation is acknowledged by folks in my small circle to be an act of theft which by extension is an act of aggression but the response must be tempered proportionate to the offense.  Stack on all the other daily and eternal attacks by the state on the individual and a clear state of war against the individual is in play.  That is the distillate, when does our characterization of that aggression precipitate a violent response on the part of the individual?  Should that be entertained as a possible solution or is Gandhian-style non-violent non-compliance the answer?  Will the violent reaction by the state against the latter lead to the former response on the part of individuals? 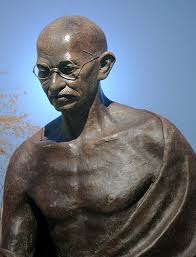 One has to examine whether this aggression is rationalized by the victim to avoid the implication of having to respond to stop it.  Do individuals really want to resort to violence to right this obvious wrong?  One can even characterize this refusal to resist as an act of moral cowardice and I am guilty as charged.

I do think there is some insight from Butler Shaffer on the issue of violence. To wit:

“One can no more advance liberty through violence than he can regain sobriety by embracing an alternative brand of alcohol. The state is a system that enjoys a monopoly on the use of violence. It is no answer to this destructive menace to introduce a competitor who employs the same means and seeks the same ends, namely, to construct society on the principle of the power to compel obedience to authority.”

Shaffer also has some provocative thoughts on property where everything is property and that predetermines responses.  Should a man be shot for stealing a loaf of bread?  I think not.  Should he be caught and restitution demanded?  Absolutely.

What if a private enterprise came to you and said that you will surrender 60% of your income (the aggregate of American taxation) on pain of fines, caging, maiming and death for non-compliance?  That would be an act of war.  This is the discomfiting and ultimately biggest question.  The state considers this piracy on the high seas and naked theft in the private sector, yet it is the very model for the way their business is conducted.

This is certainly one of those thought experiments where far more questions than answers rise from the effort of trying to discover what course of action to take. -BB

Justice’ refers generally to the concept of moral rightness, and the administration of punishment when that morality is breached and wrong is done. I believe that restitution for the wronged is the purest and best form of justice that is available. While it may leave the wronged party dissatisfied, it does him more good than to harm, imprison or kill the offender.

Sometimes, restitution is impossible, or at least impractical. Not all things are directly replaceable by money, and some one-of-a-kind objects may be declared priceless. Human life, of course, fits this criterion. Injuries are amenable to compensation in some senses, but not in others – a man with a broken back may be compensated for lost wages, but it’s difficult to say what quantity of money is “fair” to repay his lost quality of life.

Not all wrongdoers have the capacity for restitution, either – a thief with poor work ethic, no job skills and no funds in reserve would be hard-pressed to make meaningful restitution to the victims of his thefts, for instance. A drunk driver may be unable to make restitution if his actions destroy another driver’s vehicle, regardless of the damage to life and limb. Setting fire to the Mona Lisa would not much damage the French government, but it would not be a crime for which the rest of humanity could be properly compensated, either – the cost of restitution would be difficult to determine, and most likely exceed the arsonist’s means many times over. 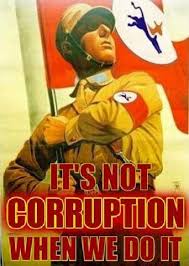 2 thoughts on “And When Restitution is Impossible…”