Mike Vanderboegh penned this awhile back and it still bears repeating.  If you are not reading dusty old tomes and newer books alike to steep yourself in the soft and hard war that is beckoning, you are setting yourself up for failure.  I have been reading Heinlein since I was a wee lad and can’t help but recommend it for young and old alike.  This is the warfare coming to America whether you are prepared or not.  Scroogle or startpage 4GW and you will find countless mountain of information.  In addition to the essay below, I would direct your attention to the bottom for additional reading lists I have posted. -BB 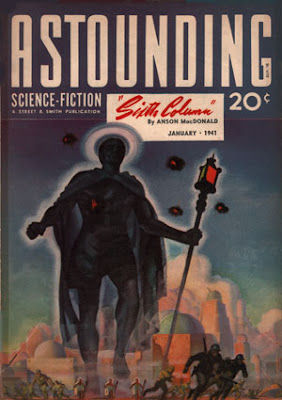 (Y)ou can forget all that dreck about 4GW and RMA. They are just Madison Avenue terms designed to extract a few more bucks from the taxpayers’ pockets. War has always been about will. Weapons, tactics, strategies are just tools used to affect the enemies will. Of course the ulitmate tool for that is a nuclear weapon. Nothing effects an opponent’s will more than killing him. And rumor has it that the long term effects are just as good as the short term ones. I assure you Custer will never again burn any Indian villages. — Tomanbeg on Strategy Page Military Science Fiction Discussion Board, 26 Sept 2003

-Sun Tzu, the Art of War

In January, 1941, after the fall of France and almost a full year before the Japanese attack on Pearl Harbor, a small circulation magazine called Astounding Science Fiction began a serialized story (continued in the February and March issues) credited to “Anson MacDonald.” It was entitled “Sixth Column.”

Its author was in fact Robert Anson Heinlein, from an original idea given to him by Astounding’s editor, John W. Campbell. For the time, it was an incredible piece of work, and amazingly it still stands the test of time on very many levels. Sixth Column was later reissued in hardcover in 1949.

Yet, it was one of Heinlein’s most difficult projects to write, because it was a hand-off story concept and Campbell’s original story idea was light on specifics — especially science and military — and long on anti-oriental racism. It was so difficult that Heinlein never again accepted someone else’s idea as the basis for one of his novels. As Heinlein recalled:

Writing Sixth Column was a job I sweated over. I had to reslant it to remove racist aspects of the original story line. And I didn’t really believe the pseudoscientific rationale of Campbell’s three spectra — so I worked especially hard to make it sound realistic.

In Sixth Column (also known under the title The Day After Tomorrow)the United States has been conquered by the PanAsians, a combination of Chinese and Japanese, who have also taken the Soviet Union and India. In the process, they have developed a credo:

“Three things only do slaves require: work, food, and their religion.”

“The book is notable for its frank and controversial portrayal of racism. The conquerors regard themselves as a chosen people predestined to rule over lesser races, and they refer to white people as slaves. . . . They require outward signs of respect, such as jumping promptly into the gutter when a member of the chosen race walks by, and the slightest hesitation to show the prescribed courtesies earns a swagger stick across the face.”

Yet the most heroic action taken by any character in the book is made by Frank Mitsui, an Asian American whose family was murdered by the invaders because they did not fit in the new PanAsiatic racial order. (Frank’s wife was black and his kids of mixed-race.) This was a daring plot element at the time.

And Heinlein does not whitewash his heroes either. The Americans return their conquerors’ racism by often referring to them as “flat faces”, “slanties,” and “monkey boys”. For this reason, Heinlein’s Sixth Column has been denounced as racist by some left-wing critics. It is not. It was, for its time, about as explicitly anti-racist as you could expect.

The Citadel, a top secret research facility hidden in the Colorado mountains is the last remaining outpost of the United States Army after its defeat by the PanAsians. Major Ardmore, sent by the War Department to convey final orders for independent resistance to the lab, discovers that a weapons development accident has killed all but six of the facility’s staff of over 300. The survivors are demoralized and want to quit. Ardmore takes command and soon the survivors learn the principles behind the weapon and how to control it. What they lack, Ardmore is painfully aware, is numbers to wield it in battle but first and foremost, an intelligence network to help them plan a campaign and target the weapon. Today we call this “Intelligence Preparation of the Battlefield.” Ardmore finds his intelligence operative in a hobo named Jeff Thomas, a hobo who wandered into the Citadel as the war was drawing to a close.

(Heinlein’s characters draw their strengths from their unlikely life experiences. Thomas has learned from ten years as an itinerant laborer how to move without being seen, how to blend in, how to adapt to changing circumstances and he has the support network of other hobos. In the ruins of civilization, it is those who had the least to lose that survived the best. Perhaps, Heinlein hints, because their minds were already adjusted to dealing in adversity. Likewise, Ardmore is not a West Point trained officer. He is a marketing executive swept up in the war emergency. But this is key to his ability to think unconventionally and find a solution to the problems at hand.) 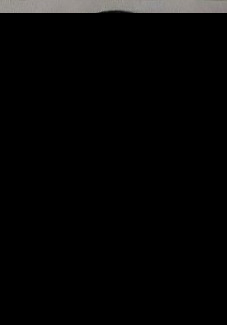 Inextricably linked with the concerns of pitiful numbers and lack of intelligence is the fact that the PanAsians make the Nazis look like pikers when it comes to retaliation against innocents for any show of defiance.

Everywhere (Thomas) found boiling resentment, a fierce willingness to fight against the tyranny, but it was undirected, uncoordinated, and in any modern sense, unarmed. Sporadic rebellion was as futile as the scurrying of ants whose hill has been violated. PanAsians could be killed, yes, and there were men willing to shoot on sight, even in the face of the certainty of their own deaths. But their hands were bound by the greater certainty of brutal multiple retaliation against their own kind. As with the Jews of Germany before the final blackout in Europe, bravery was not enough, for one act of violence against the tyrants would be paid for by other men, women and children at unspeakable compound interest. — p. 32

Once Ardmore is better informed about the conditions outside the Citadel, the more difficult his problem appears. The perfection of the weapon system leads others within the Citadel to want to use it immediately. Ardmore refuses.

Any way he looked at it, simple, straightforward military use of the new weapons was not expedient. Brutal frontal attack was for the commander who had men to expend. General U.S. Grant could afford to say, “I will fight it out on this line if it takes all summer,” because he could lose three men to the enemy’s one and still win. Those tactics were not for the commander who could not afford to lose ANY men. For him it must be deception, misdirection — feint, slash and run away — “and live to fight another day.” The nursery rhyme finished itself in his mind. That was it. It had to be something totally unexpected, something that the PanAsians wouLd not realize was warfare until they were overwhelmed by it.

It would have to be something like the “fifth columns” that destroyed the European democracies from within in the tragic days that led to the final blackout of European civilization. But this would not be a fifth column of traitors, bent on paralyzing a free country, but the antithesis of that, a sixth column of patriots whose privilege it wouod be to destroy the morale of invaders, make them sfraid, unsure of themselves.

Here we have Sun Tzu’s dictum embraced, rather than the attrition warfare expressed by Tomanbeg above. Time and again in the book, the principles of maneuver warfare and 4GW leap from the page.

He realized suddenly that he was thinking of the problem in direct terms again, in spite of his conscious knowledge that such an approach was futile. What he wanted was psychological jiu-jitsu — some way to turn their own strength against them. Misdirection — that was the idea! Whatever it was they expected him to do, don’t do it! Do something else. — p. 199

As the campaign of psy-war and misdirection continues, Heinlein enunciates another maneuver warfare principle: subordinate commanders, right down to a fire team corporal, are to be permitted and encouraged to think for themselves and act decisively:

Thomas took the report and read it, then nodded agreement. . . “Perhaps we should have given more detailed instructions.”

“I don’t think so. Detailed instructions are the death of initiative. This way we have them all striving to think up some particularly annoying way to get under the skins of our . . . lords. I expect some very amusing and ingenious results.” — pp. 227-228

Finally, as the campaign enters its final hours, there is this:

How much longer, Chief?” asked Thomas.

“Not very long. We’ll let ’em talk long enough for them to know something hellacious is happening all over the country. Now we’ve cut ’em off. That should produce a feeling of panic. I want to let that panic have time to ripen and spread to every Pan Asian in the country. When I figure they’re ripe, we’ll sock it to ’em!”

“How will you tell?”

“I can’t. It will be on hunch, between ourselves. We’ll let the little darlings run around in circles for a while, not over an hour, then give’em the works.”

Dr. Brooks nervously attempted to make conversation. “It certainly will be a relief to have this entire matter settled onde and for always. It’s been very trying at times —” His voice trailed off.

Ardmore turned on him. “Don’t ever think we can settle things ‘once and for always.'”

“But surely — if we defeat the PanAsians decisively — ”

“That’s where you are wrong about it.” The nervous strain he was under showed in his brusque manner. “We got into this jam by thinking we could settle things once and for always. . . We should have known better; there were plenty of lessons in history. The old French Republic tried to freeze events to one pattern with the Versailles Treaty. When that didn’t work, they built the Maginot Line and went to sleep behind it. What did it get them? Final blackout!”

“The price of liberty is eternal vigilance,” Heinlein tells us in Sixth Column, along with presenting a marvelous tale instructing us in the principles of maneuver warfare and 4GW. And he wrote it in 1940. That in itself is “Amazing.”

Read it. You can find Sixth Column at most local bookstores.