Publisher’s Note: Just finishing Part 15 of ProfCJ’s phenomenal series on the “Not-So-Civil-War”. I highly recommend you make your drive time profitable by listening to podcasts and Dangerous History is one of the best out there.

And give money to SubscribeStar to support him.

My boys are coming down in the fall to train with me, I am so looking forward to it.

I have five children and three have gone to college. One has an BS and MS in Mechanical Engineering, one has a BA in a “soft” science and one stopped after completing her AA. None have debt having attended state colleges absent the Ivy League pedigree and had significant scholarship assistance. All home educated with short interregnums in a government school.

There is a liberty gap across the sexes so my son came out unscathed by the Marxoid government supremacist programming and even personally introduced Ron Paul’s speaking engagement at his school in Idaho. My daughters have come out fairly whole in being human beings with a solid moral center instead of rabid communist man-haters.

I have two sons who have not gone to college and I don’t want them to. I have no fear of losing them to the alien human extinction philosophical framework that informs the moral ecology of most campuses. They are stronger than that.

I don’t want them to sink four plus years of their life into the morass that is the university campus, there is a reason they don’t call it a heteroversity because any ideas that county the orthodoxy of communism, government supremacism, collectivism and infanticide are not tolerated.

So if my lads don’t want to go to college, they will get no grief from me, there are plenty of non-college professions out there (excepting policing, my lads know I would disown them).

Imagine taking those hundreds of thousands of wasted dollars and four to six years of your life to build a business, become a craftsman apprenticing with a master, travelling or even being homeless. At least in the latter you’d be your own man instead of becoming a drooling communist stuck in the Copholm Syndrome collectivist spider web of lies that is government supremacism and other deballing activities of the modern left.

Imagine investing tens of thousands of dollars in becoming the best shooter on Earth.

Building your house with the cash you would have used for college.

Learning a skill the Japanese way, Kintsugi and achieving the Gladwellian mastery of a craft or calling.

Traveling to every corner of the planet you want to.

We discovered in our travels east and west that nothing cures affluenza in children better than immersion in other culture for years at a time. The same applies to the raising of a family in a rural area instead of a hive. My children grew up in a Huck Finn lifestyle when we lived in north Idaho after I retired.

If you have children and they are at a crossroads to go to college, be very careful with that decision and your guidance. You could very well lose your progeny to the most murderous cult in history because the collectivists control the heights of academia and they are using it to terraform the country into a vast slave plantation.

― Lysander Spooner, No Treason: The Constitution of No Authority

I took a stab at modifying the 1776 American Declaration of Independence, a brilliant document announcing the divorce of thirteen nation states from London, to present standards of governance, moral malpractice and cowardice; I discovered that much would be left out on the cutting floor and severe alterations to verbiage would be necessary to keep the Homo Sovieticus Booboisie in America from filling their pants and gibbering in abject fear at the prospect of freedom with risks and costs not underwritten by their neighbors.

I had to erase over half of it and wipe out any reference to any behavior absent government permission. So I had to move on to the more fitting document for human bondage and perpetual government, the Constitution.

The Constitution buried the ideals of the DI to import the “London-in-a-box” solution the Hamiltonian Federalists designed to smother freedom in its fifteenth year after the coup in Philadelphia.

Now, the Soviet Constitution is something that most Americans can cotton to with the slightest modification in verbiage.  I chose the latest of three variants from 1977.  I have included a link to the original text at the bottom.  All I changed were the descriptors and none of the prospective language. 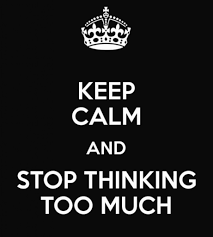 5 thoughts on “Birth of a Plantation by Bill Buppert”