Publisher’s Note: Continuing to upgrade the tools in the armory and you should attend to yours, the short interregnum provided by the Mango Emperor may come to an abrupt end if the Demwit Socialists take over from the flabby fascist dimwits in the Grand Old Politburo.

Please take note that when the GOP held both houses of ill repute and the Offal Office in 2000-2006, they managed to ramp up spending, increase debt and stumble into money laundering operations planet-wide for the military-industrial complex. Now with the political brothels under the thrall of the GOP, they have done nothing for liberty.

If you aren’t attending to training and acquiring the right tools for the coming Endarkenment, you are doing your children a disservice.

Turn off all cable and satellite, cancel the newspaper subscriptions and don’t ever watch a newscast again.

Why do you think they call it programming?

Why are any of you surprised when your urchins visit over the summer or holidays on return from whatever phase of programming they’re undergoing at university and they talk like they are emissaries from Mao’s Cultural Revolution?

You have only yourself to blame.

The ZeroGov forum is open for business if you want some scintillating conversation. -BB 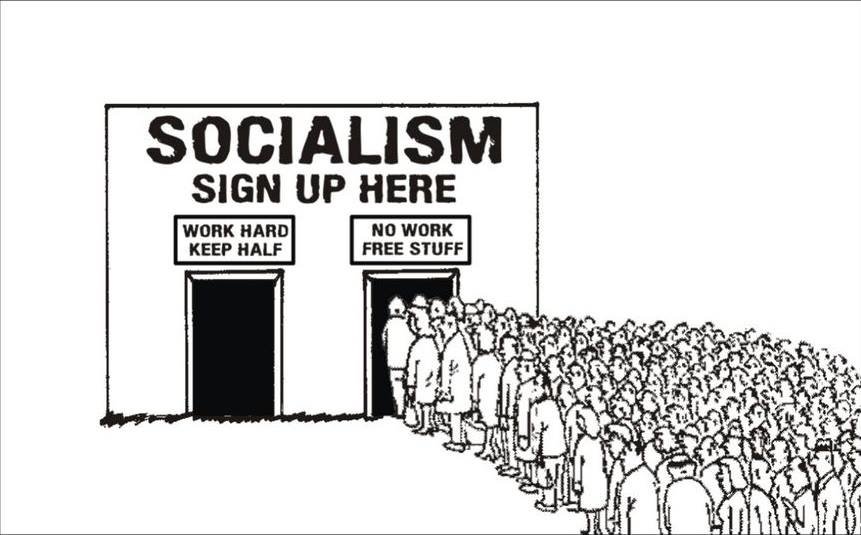 The New Criterion recently published this:

To return to the question posed at the beginning: is socialism a hate crime? The record speaks for itself: socialism is a hate crime, a doctrine of tyranny, mass murder, and human suffering on a vast scale. What should be done about it is a different matter. The important thing is to identify the crime.

Indeed, socialism and every other government creed is a hate crime to humanity. The milder forms of government extremism (redundant?) like the Constitutional and limited government fetishists in the end are guilty of the same cargo cult adoration.

This is why there is a small but prescient meme parade on social media of throwing communists out of helicopters as an homage to Pinochet’s notion that communists are not only irredeemable as a pestilence in civil society but the danger out of the philosophical starting blocks of the communist mindset poses an existential threat to any human ecology. No matter where the government supremacist creed has landed it has grown like a poisonous kudzu to absorb and threaten every facet of civilization at the altar of political preference selection.

I have said it before and it deserves another mention, politicians are violence brokers and nothing more and the western variety of the disease through vote counting and democratic deliberation yields the slow roll to the cannibals’ pot for every human trapped in the political boundaries of the latest franchise

You can’t eradicate cannibalism by eating the cannibals; there is no better analog for what voting is.

This is an especially disturbing time of year as I drive around here in Arizona and see the zookeeper candidate signs littering the landscape and their mewling pleas clogging up the airwaves (thank goodness for audio-books). creatures with the intellectual wherewithal of real estate agents (possibly the most intellectually stunted “professional” group next to teachers [K-PhD], coproaches and urinalists).

I have written exhaustively on voting in the past (just search voting on zerogov) so I won’t belabor the point here.

Yes, socialism is a hate crime but EVERY political gambit is a hate crime against humanity. All politics is based on using officially flagged threats and instantiated violence to achieve its ends. From democracy to republics to socialism to communism and everything fetid idea in between, the all slow roll or quickly accelerate to putting humans on huge plantations subject to eventual cajoling, fining, kidnapping maiming and death for any unfortunates who either resist out of ignorance or moral agency.

…and the state has done an extraordinary job of convincing most free range humans on Earth that they either comply or suffer the consequences of the whim of the psychopaths and their active agents in society.

Your neighbor hates your guts if you object to organizing society using violence.

In the end, your neighbor and maybe even friends and family will rather see you dead than not integrated against your will into a system that steals you blind, regulates the fuck out of every human transaction you indulge in the above-ground economy and will ultimately give your badged killers a pass than seek justice.

Government is the most lethal disease vector in humanity’s history and has managed to exterminate hundreds of millions of humans.

12 thoughts on “Government is a Hate Crime by Bill Buppert”