I’d like to suggest the soundtrack for the new America that is emerging.

I’ve covered my thoughts on rule of law, obedience and refusal unto death to not comply. These are the building blocks to create systems that stymie the political control of human beings.

My interest in politics is always a matter of self-defense. Politics is nothing more than a sophisticated way to describe a violence system that uses coercion through threat and force to steal from its geographical inhabitants and regulate every aspect of their lives. It molds society through sheer naked aggression and blood lust; a willingness to kill a subject for violating a seatbelt law or not obeying a badged Praetorian in the pay of the state.

And politicians are violence brokers and nothing more. There is no such thing as a statesman, a mythic fiction foisted by court historians through the ages to champion their country’s psychopaths in suit and tie.

There are a number of factors that make this possible. The factory school cartel controlled by the government is a key element of the imperial conditioning process that encourages humans to be so susceptible to the weird and odd hybrid of the Stockholm Syndrome and Milgram experiment that makes Western countries so unbearable.

The latest political circus has finally proven beyond a shadow of a doubt the kabuki theater that is the “two party” system in America; a mere flimsy superstructure to the Deep State that actually controls the vast plantation entity that is the US.

I find Trump just as obnoxious as the harridan from the Clinton crime family but do enjoy the fuck you attitude of the vote for Trump. Most don’t seem to realize that changing the meat puppets in DC does not a change make. But many are waking up to the reeking stink of corruption that is the entire collectivist swamp of Mordor on the Potomac. The leviathan will continue apace and the government will simply get bigger and more intrusive.

The non-aggression principle holds that no initiated aggression through force or fraud is moral and may demand reciprocal violence to stymie the threat or actual use of violence. 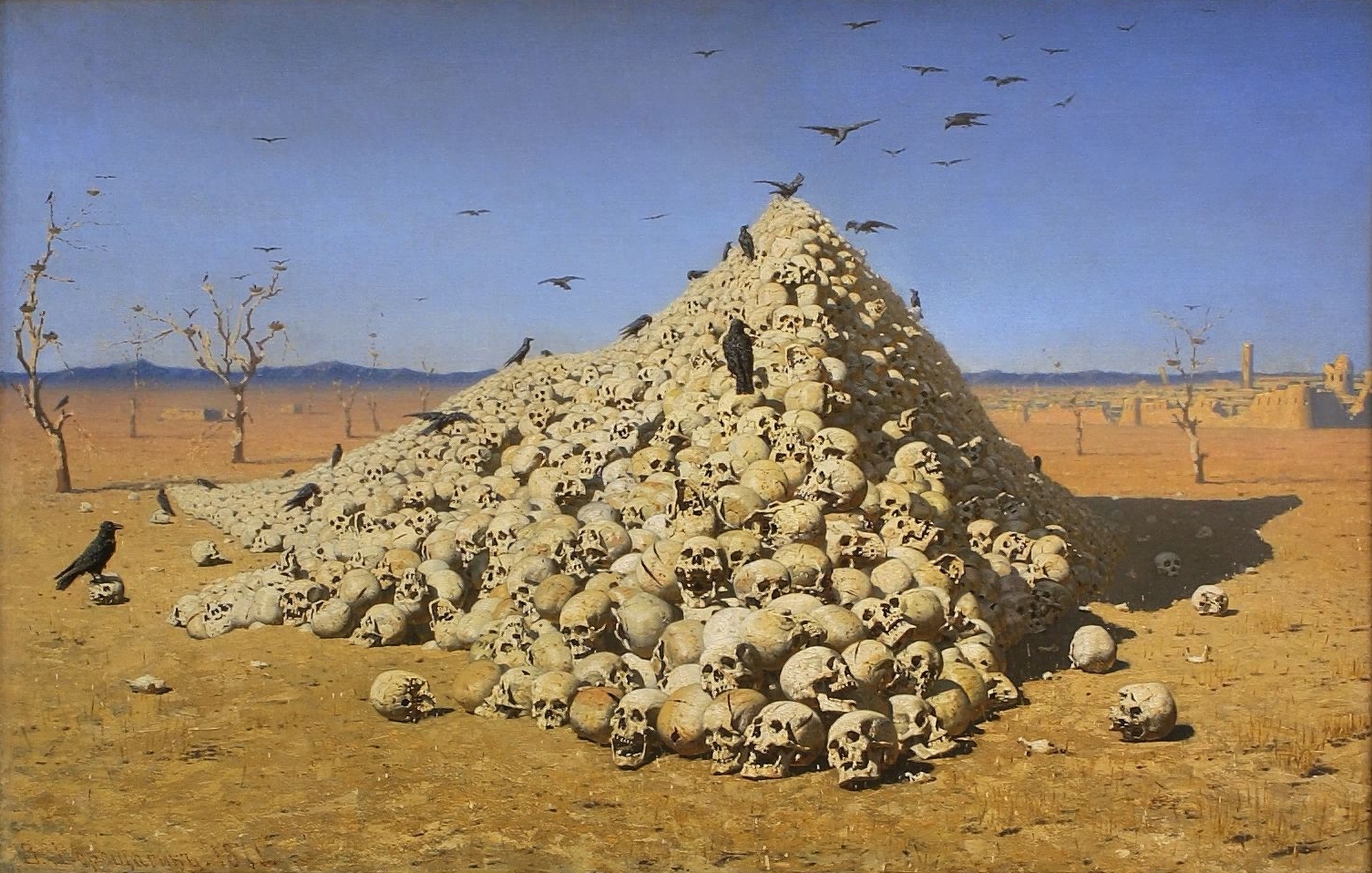 This is not pacifism, this is life as we know it. Pacifism is a sure-fire path to extinction for all its practitioners.

But the government keeps pushing and hitting and stealing. Pushing.

Mr. Smith at The Captains Journal adroitly nails this conceit and he straps it to the wall. He handily dissects the latest email conversation where the women of both sexes plot to disarm the populace in America.

The latest Wikileaks (thank you, Mr. Assange for your service to the cause of freedom) release on the DNC emails shows an interesting string of Podesta emails talking to one of his hoplophobic sycophants about disarming the Helots to make way for the next phase in the march to Stalinist America.

It reveals the mind of the bearded pajama boys playing at being tough revolutionaries like dead Che whose 49th death anniversary I celebrated on Sunday when he was hunted down by my colleagues in 8th Special Forces Group (Airborne) [subsumed into 7th SFGA in 1972].

It’s all happened before.

By the way, this Christmas will be the anniversary of the charming Ceausescu power couple being ushered across the River Styx in 1989. Keep that in your prayers for this Christmas and remember the Gods do sometimes frown on the politicians.

So when you look at the rear view mirror of American history you discover time after time where Americans, once British colonials, simply bend to the violent wishes of the central government or its satraps in the states.

The same applies for the Alien and Seditions Act and the Supremes’ self-appointment as imperial arbiter of the tentacled leviathan in DC in 1803. Time after time these were no different than the intolerant acts by the British government in London before 1775 and the subsequent Congressional over-reach from the criminal syndicate waving colored rags and fomenting war against its own inhabitants.

The fabled westward migration for the next hundred years wasn’t a quaint Disney-esque trek to found the new frontier but an escape mechanism for those who saw the US government for what it was: a Hamiltonian government supremacist orchid-house taking the worst excesses of the ongoing French Revolution and the fundamental tenants of the Roman Empire to craft a new form of mass oppression on the North American continent.

Flash-forward to present day and you’d have to be blind not to see that the Democrats and their Republican clients are nothing more than a vast combine of jobs programs, bureaucracy that never ends and a vicious war machine that makes equal violence on domestic and foreign enemies alike. And the entire trillions dollar enterprise is built on two simple concepts.

Despite the grandiose buildings, bad speeches, collared rags flapping in the breeze, shabby music and shiny technology; none of it is possible without doing those two simple things. Governments produce nothing that doesn’t result from a combination of theft and violence.

Here’s what makes the system so unique and powerful. Not one politician is ever held to account expect in certain outlier circumstances so the Ceausescus and other political ingrates throughout history who have met an untimely end. I am certain some readers can point to some politicos that have met ends forced upon them and not died comfortably in their beds in mansion built on stolen loot.

We’ve chatted before about how police necessarily exist since they are the spear point of all political will; they are among the most unaccountable for their poor and lethal behavior.

But politicians take this immunity to an incredibly absurd level. The only just war is one fought to defend your country from invasion or to defeat domestic political usurpers. Since war is primarily disputes between plantation owners in all other cases, the politician tends to gravitate to the shivering of swords and rattle of sabers, not participating tin the conflicts they start of course. One can make a very firm case that f anyone is a combatant in wartime it is the political class but the darlings have made sure to enshrine their protection as non-combatants in the conflicts they create sacrosanct and the sheep just follow merrily along.

What would happen if combatant status were granted to politicians instantly? Would it dis-incentivize the rush of old men to extinguish young man in forgotten neo-imperialist shitpits around the globe?

Which brings us to the core of this essay, what is the moral response to the total absence of accountability for those who erect a system without direct consent on the inhabitants of a geographical area? What is the level of tolerance one must bear before striking back in self-defense?

What would the landscape of political zealotry and boosterism look like if politicians were held to the same standards they impose on the Helots they rule over? What would happen if hitting and stealing were actioned the same way the vast number of bipedal sheep are sheared in America on a daily basis?

Let’s step outside the box and ask ourselves some Socratic questions.

Is there no trespass that deserves to be resisted? Is there anything an American politician can do that would drive Americans to do the right thing? The American political landscape has become so thoroughly Sovietized and built on the totalitarian notion of law and order enforced by those who don’t police their own ranks.

And here’s a thought experiment: if a cop mauls a relation of yours for no good reason, which is most of the time, what is your obligation to revenge and remuneration? I always marvel at the videos and accounts of various badged Orcs mauling women, just the women, and wonder where the fuck the male relatives are. What would you do if your wife, sister or daughter had her face broken or was sexually assaulted by a state employee?

You’ll notice the whole legal system in America is built on hitting and stealing as long as zero private arbitration of abuse is practiced. Transparency is in one direction and it ain’t yours.

Self–defense may be the most primal and basic of all notions of human conduct in groups. Murder begins where self-defense ends and government always turns that on its head.

There is much mewling and caterwauling by the usual suspects in the media and their sycophant mouthpieces in the police bureaucracies of a war on cops in a Lewis Carroll world where police violence is civilization and defending yourself against such government hooliganism is barbarism.

Only the government you have not formally consented to can do as it pleases when it comes to the unlimited dispensation of violence and justification thereof. Many bloviations has been granted to the recent screed about the “Flight 93” nature of the present contest for the Offal Office and everyone misses the implication of the conjecture.

That cockpit should have been rushed in 1787 when the central government cabal was crafting the noose around the necks of all the patriots who had wrested control of their lives from London and granted it to themselves again. Most of those Machiavellian miscreants knew that a political coup would be necessary to put a gun in the hands of the national state.

America is not a free country and I can no more suggest the morally defensible answer to this than a Helot could in ancient Sparta on pain of death.

But we cannot speak that answer’s name.

Polite conversation allows me to posit that secession is the only answer, individual or otherwise. This makes some politicos fill their pants.

Go to the range and triage your preparation for the sporty times ahead.

Resistance is fertile and may be coming sooner than you think. Make peace with this mortal coil.

By the way, turn off your fucking television.

Colin Ryan has a message and if you’re reading this, you may be part of the solution.

There comes a times in the lives of men

When the ruthless and the criminally insane

Who rule the masses for their own gain

Make the fatal mistake of enjoying too much

They lose control in their lust for blood

And take too far their need to tread men down

By destroying any sense of a secure life

And taking away each and every freedom

Stealing the last piece of wealth they possess

So they cannot even care for their own

Stifling their voice with laws and corruption

Beating them down with rule by force

Where no justice exists for those being played

And there is no direction left for men to turn

When this insane game is taken this far

Comes the time when men have nothing left to lose

This is the time when the minds of men are freed

It is a time when man loses his fear of death

This is the time when a man becomes invincible

He becomes free to do whatever he must do

Without fear for his life or for his future

He will take control of the destiny of the world

Away from the bloodied hands of the soulless

Any action he takes he will take with a surety

That he must do something for he has no future

So the act he chooses will be all the greater

For when faced with oblivion and with no way out

He will take down as many of his oppressors with him

This day is coming soon as it always does

The perverse minds of evil always self destruct

As their addiction to our suffering can never be sated

Exerting control for their paranoia and fear of men

For every good man will take down these brutes

Every free man will give up himself for his brothers

For a man with nothing left becomes fully empowered

And he is the most unassailable weapon against evil

20 thoughts on ““Fuck You, That’s Why”: A New American Chapter by Bill Buppert”