Publisher’s Note: This is my 400th post at ZeroGov and I wanted to thank all the readers and supporters who have made this possible.

“You can’t boil the ocean.”

That’s why I try to drill down deeply on singular topics. Borrowing from the giants like Spooner, Tucker, Rothbard and Higgs and countless other voices in the wilderness carrying on the anti-slavery and abolitionist tradition in spite of the overwhelming floodtide of government supremacist idolatry that permeates human thought for millennia. At the cosmic level, I do spend a disproportionate amount of time parsing out the implication of the American police state.

Recent life events have severely curtailed my writing output hence the relative infrequency of essays and extended the timeline for the publication of The Cancer Club but fear not, it will not suffer the fate of Absolved. We’ve moved locations in the American Southwest and my day-job has monopolized more of my time than I am accustomed to. 2016 has slowed my literary and podcasting roll to a near full stop.

I have a longer commute until we move into our new house next week and while I listen to books on MP3 frequently, I occasionally tune to the radio and the talk radio is abysmal on the airwaves. The Beck show is especially loathsome with its constant drumbeat for this collectivist notion or that government band-aid in addition to the mewling for superstitious intervention in the affairs of man. His posse of co-hosts at the Blaze prove the notion that the sycophancy of his crew obviates any ability to have a rational conversation. Back to Neal Stephenson’s brilliant Baroque Cycle on MP3.

My books that are published remain on Amazon and a veritable library of media appearances can be found in Media and Interviews in the tab above.

And no, I have not followed the election nonsense very closely and remain convinced that Bernie Sanders is every American politician for the last ten generations on truth serum. The pursuit of the Offal Office is nothing more than a subtle change of the guard for the looting of the Helot plantations and the careful trimming of dissident and samizdat voices in the bloodthirsty but incompetent “whack a mole” behavior that is government violence. -BB 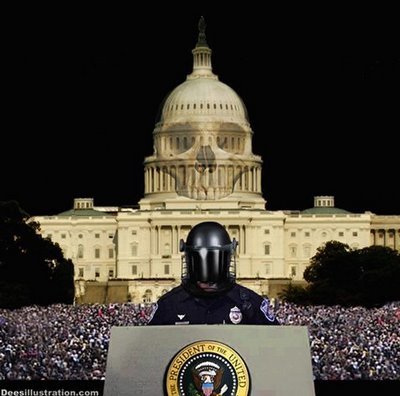 “And that list doesn’t even get into fundamental errors in attitude toward police killing—for example, the tendency of large outlets and wire services to treat killings as local matters, and not worth tracking widely. Even though police brutality is a national crisis. Journalists also don’t generally report the race of the person killed. Why? It’s unethical to report it unless it’s germane to the story. But race is always germane when police kill somebody.

This is the most most heinous thing I’ve learned in my two years compiling Fatal Encounters. You know who dies in the most population-dense areas? Black men. You know who dies in the least population dense areas? Mentally ill men. It’s not to say there aren’t dangerous and desperate criminals killed across the line. But African-Americans and the mentally ill people make up a huge percentage of people killed by police.

He maintains the database at Fatal Encounters. It’s filled with gut-wrenching anecdotes of the government sponsored killing spree executed by its low information security legions.

The police forces that prey upon the American population are simply the political face of every society weaponized. Cosmically, no human can have any vestige of their liberty and freedom reduced absent the institution of government policing.

The singular point I want to get across is that political policing is one and the same. Politicians at the end of the day are simply violence brokers. They are the suits and ties that determine how the stolen goods and hijacked production is apportioned to the politically connected who are plugged into the plunder system.

Terrorism is politically motivated violence against non-combatants and innocents. Government can’t function absent a terrorism modality to its everyday actions. If the police weren’t present to threaten and actually cage, maim and kill; no one would obey the various edicts, diktats and nonsense spewed and vomited from government offices and their willing colon connoisseurs in the media and education complexes. The enormous penal population serves as not only a punitive sanction against the weakest elements of the captive population but provide a warning to others on the price of disobedience.

Most of these unfortunates caught in the nightmarish Kafkaesque construct that is the American legal system end up there because of confidential informants. And whether you like it or not, one of your friends and family either are now or will be. Informants, of course, are the life blood of fabricated crimes and prohibitionist legal regimes. Like torture, it rots and hollows out the moral core of everyone involved.

“That was the real strength of the state security; to produce the effect that millions of people behaved towards one another with anxiety, self-control and suspicion. They ensured that if you told a political joke you automatically lowered your voice. Anticipatory obedience spread through every sinew of society and intimidated a whole nation”.

Yet another reason that prison populations should stop demarcating themselves into a factionalism that favors the state and start behaving as prisoners of war especially on the Irish example in the twentieth century in the UK system. At the Federal gulag level, the lion’s share of prisoners are genuinely political in nature who have trespassed the state drug cartel prohibitions on essentially non-violent behavior in offenses in which the only victim is the state. In this case, the third party of the state steps forward and claims a grievance wholly manufactured to serve its malum prohibitum pretensions as a component of rule and control.

It’s no more simple than that.

The recent season finale of The Walking Dead portrayed how government works adroitly and succinctly; almost as elegant as Robert Higgs’ description of modern policing.

“The whole Good Cop / Bad Cop question can be disposed of much more decisively. We need not enumerate what proportion of cops appears to be good or listen to someone’s anecdote about his uncle Charlie, an allegedly good cop.

We need only consider the following:

There are no good cops.”

Do you ever ask yourself why the police are virtually never punished for wrongdoing that puts normal humans behind bars?

Do you ever make the connection that if America’s pioneering cross-dressing community, judges, were to treat the provocations and violence of police equal to the disproportionate savagery exercised against Helots that come before them without a badge, the courtrooms would quickly empty when the police would stop enforcing?

Do you realize that all American policing is political and that the gulags under Stalin pale in comparison by sheer numbers and in some cases naked savagery?

Do you ever wonder why the incidence of violence in the black hole that is American incarceration never leads to indictments or conviction of government “corrections officers”?

With the exception of Netflix’ Making a Murderer and The Wire, the media uniformly portrays the thin black and blue line as a system that “gets its man”. It does; it wrongly kidnaps imprisons and murders every year whether in the streets or the gulag. The government malicious and incompetent puts hundreds of innocents to death in cage system, whether through the death penalty or the cruel machinations of the government employees running the human incarceration system.

And they do indeed. More than 93 percent of all criminal complaints are pled down in the prosecution complex and the remaining ones that go to trial are receiving a 90 percent rate of conviction for the prosecution. The inference is that everyone the police catch is guilty thanks to the keen insight and gumshoe due diligence performed by the thin black and blue line. The fact is that everyone is guilty in the uS of committing crimes against the state as ably documented by John Whitehead and others.

The only reason the media is unable to maintain this monolithic idolatry of the power of the wood shampoo is that the advent of expedient video technology on portable devices has robbed the police of the primary means of committing their misdeeds. The pervasive culture of lying and deception that saturates every aspect of American policing. Part of this is the cultural instantiation seeing and reinforcing their own perceptions. The police forces have the dual responsibility of being both revenue agents and the primary kidnapping mechanism serving the political classes. If you doubt this and perceive an injustice, what is the primary response from the low information badged government employees?

American is and has been an occupied country. The mandarins in DC are nothing more than an alien lamprey class that has landed on a willing host and are using the police to ride herd on the Helots to drive compliance and make example of a few every now and again.

The police don’t stop crime. That is an impossibility. They are the ones sent to uphold the rule of law. Another impossible mission much like the chimerical myth of limited government.

Imagine a world where there was no illegal vegetation, all men were held accountable for the initiation of violence against another and no one could lay claim to one’s resources through mere magic words on a parchment or modern paper by suits and ties either elected in majoritarian tyranny or straight-up honest dictator gangsterism.

In the end, every time you see one of your fellow sufferers pulled over by the very expensive and most likely unmarked police vehicles, someone else has joined the enormous population of folks who not only smell something wrong in policing but realize that is nothing more than a very sophisticated Stockholm Syndrome experiment. That is nothing more than highway robbery. Theft clothed in official regalia and dressed up to appear to have a legitimacy it never possessed.

History proves that governments must occupy through force to conduct the necessary evils implicit in their agenda and police are a linchpin to the enterprise. The suits and ties codify the threats and their police supplicants do what they are told. They always do what they are told no matter how immoral and debased.

Police are the pointy end of all politics. They are, in essence, the business end of government that folks are exposed to on a daily basis and prove the point that no government will always be kinder and more humane than any government imposed outside private agreement.

That cop on the beat (or beating) is the closest you will ever come to meeting your political masters.

“Maimonides taught that it is better that 10 criminals go free than let one innocent man be executed. The Innocence Project represents that point of view.”
– Norman Lamm

29 thoughts on “Necromongers: The State is Always a Police State by Bill Buppert”